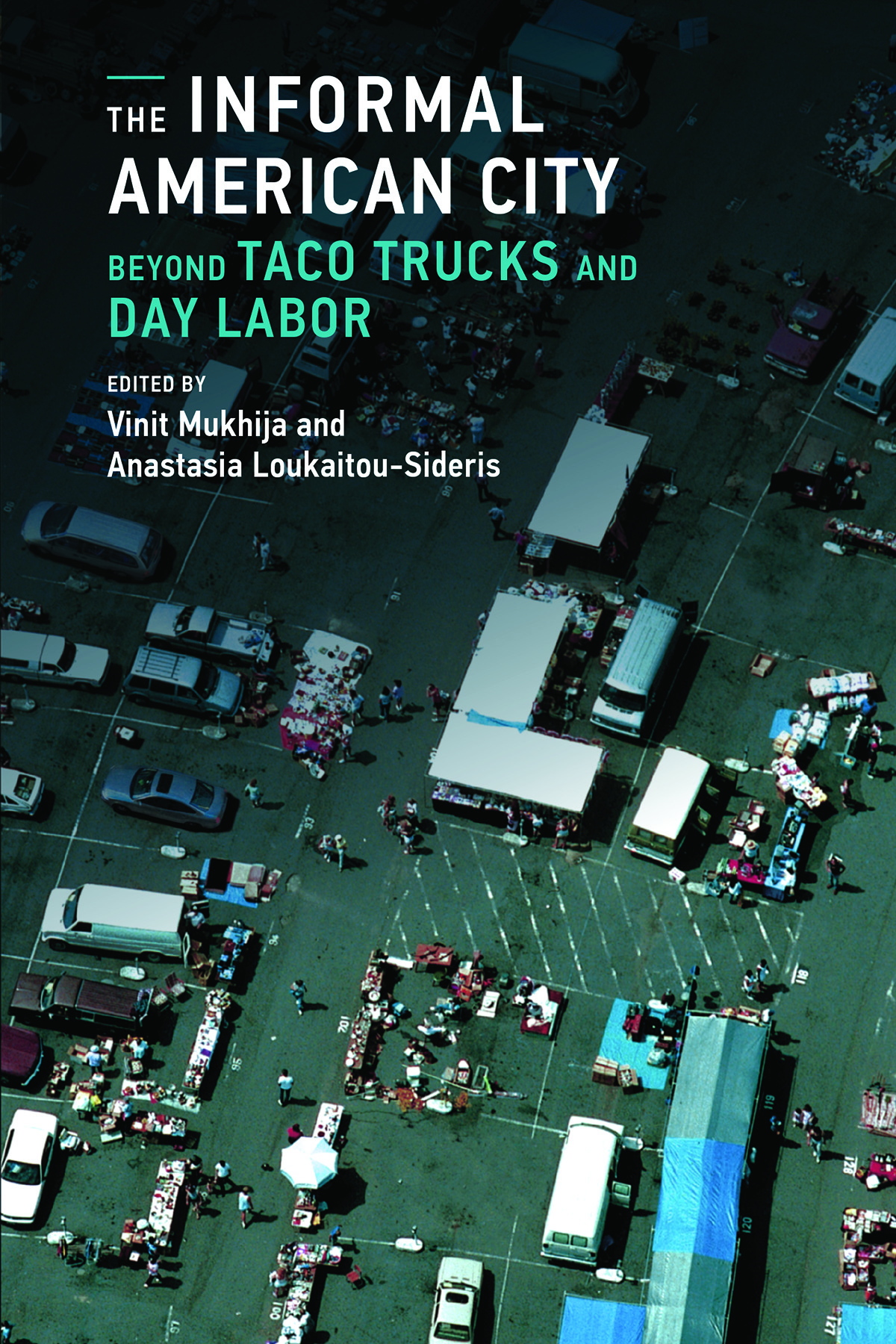 In your book The Informal American City you say that informality is expected in developing countries, but it is widespread here in the United States, and that your purpose is to “explore more sophisticated ways to recognize, understand, and address it”. What are some of your findings?

Conventional wisdom suggests that urban informality is rare in the U.S., and is typically associated with taco trucks and day laborers. Our book includes detailed case studies of examples from Los Angeles, Sacramento, Portland, Seattle, Phoenix, Kansas City, Atlantic City, and New York City, and shows that informal or unregulated but otherwise licit activities are widespread and varied in American cities. And while informality has often been associated with immigrants, informal activities are pervasive and spread across different social groups, diverse urban settings, and different geographical regions of the country. Informal and formal activities are not always distinct and rigidly separated. They often overlap and depend on each other. The ubiquity of many informal activities also shows that informal practices are not transitory, even if some of their specific settings are ephemeral. Finally, our case studies show the contradictory nature of informality, with both potential winners and losers associated with it.

The complex nature of informality makes addressing it difficult. Although informal activities are often overlooked, we find that ignoring informality is not always the best policy. At the same time, outlawing or criminalizing informality is rarely successful. And while some regulation is necessary to protect the health and safety of the general public, many existing laws and ordinances make absolutely no room for informality and other unexpected activities. While several of our chapters recommend some form of formalization through more sympathetic ordinances and permits, the belief that legalization and regulation can adequately respond to all informal activities is also misleading. Our case studies also indicate that alternative and non-state institutional arrangements can play a constructive role in addressing the more pernicious aspects of informality. Lastly, our cases studies indicate that creative design approaches may allow the safe co-existence of formal and informal activities in spatial settings and the lessening of conflict between them.

The chapter, “Outlaw In-Laws” details informal housing in Los Angeles. Recently here in Boston, there was a series of articles in the Boston Globe exposing informal housing for college students in the Allston area. The city has responded by fining the owners of the homes every day until they deal with the various problems. Do you think this is the correct response? What other ways could Boston and other cities deal with informal housing?

Unsafe housing is a serious problem, and cities need to deal with it through inspections, fines, and code enforcement. They have a responsibility to protect vulnerable tenants from unscrupulous landlords. However, as several chapters in our book show, approaches that focus only on removing informal activities, rarely work. Cities also need broader and more comprehensive strategies to address informal housing. They need to make it easier for tenants to complain about dangerous and substandard living conditions. Tenants, particularly students, are more likely to complain about housing with leaks, molds, pests, broken appliances, plumbing problems, and fire and safety risks, rather than issues of overcrowding or density based on zoning requirements. Second, cities should also consider strategies for improving and legalizing illegal housing units. For example, San Francisco is exploring strategies for legalizing illegal basement and garage apartments. Third, cities should also recognize that the presence of informal housing indicates a need for housing that the formal market is not adequately meeting. Therefore, cities also need to consider plans for increasing the appropriate supply of affordable housing both on- and off-campus.

In what ways are food carts different from food trucks? Are there efforts in different cities to formalize food carts? What would be the most effective way formalize them?

Food carts are usually pulled by a vehicle and can be mobile or fixed. Food trucks, which are typically larger, combine the vehicle and the kitchen, and are mobile. Our book’s chapter on Portland’s food carts describes how food vendors take advantage of land use regulations that allow mobile food carts on private lots, as long as they have wheels and in theory can move. The City of Portland was liberal in interpreting its regulations and did not aggressively inspect whether the food carts were mobile, or require the carts to be periodically moved. In return, the food carts have helped transform several of downtown Portland’s parking lots into pedestrian-friendly areas lined with cafes.

Different cities, however, are likely to find different strategies for dealing with food carts, food trucks, and other food vendors based on their local contexts and needs. Some cities seek to formalize them through a system of health inspections, mandatory storing at an authorized commissary, and the issuance of permits. New York City caps the number of food vending permits it issues, but this leads to a black market of “renting out” the permits. More interestingly, the city also makes it easier and cheaper for vendors of fruits and vegetables to receive permits through its Green Cart program. In a similar vein, San Antonio exempts fruit and vegetable vendors from the typical requirement of storing carts and trucks in a commissary. In Los Angeles, food carts can get permits, but they face restrictions on sidewalk vending. There is, however, a growing social movement for the legalization of food vending on the city’s sidewalks.

One of the chapters deals with informal parking. Can you give a few examples of informal street parking? How are the different cities dealing with this? Do you think their efforts are effective?

Donald Shoup’s chapter discusses several examples of informal parking. In Ann Arbor, for example, on game day there is an extraordinary demand for parking spaces, and local residents charge visitors to park in their driveways. The city recognizes the residents’ contribution in providing a scarce resource and has regularized this informal provision of parking. In cities like Boston and Chicago, residents have a property claim on parking spaces they have shoveled out after a snowstorm, and local governments tend to accept this practice. In Westwood, a Los Angeles neighborhood, which includes UCLA, residents often park on the aprons of driveways – the paved area between the street and the sidewalk – and their cars typically extend over the sidewalk. This makes it difficult for pedestrians to walk on the sidewalks, and it is particularly onerous for people on wheelchairs. So far, the City of Los Angeles has not handled this situation very well. Professor Shoup suggests that the city’s response should include enforcement action against cars obstructing sidewalks, as well as market pricing of parking permits in the neighborhood to reduce the demand for street parking, and priority parking for shared cars to provide an alternative to privately-owned cars.

What do you think some of the informal arrangements of the future will look like?

Although it is difficult to specifically predict the informal activities of the future, their nature is likely to be very similar to what exists currently. First, we expect to see more examples of the so-called sharing economy, like Airbnb and Uber, driven by lower transaction costs enabled by the internet.  We also expect that social medial and digital communication technologies will play an increasing role in expanding the market for some informal services. Thus, the settings of informality will be not only spatial but also virtual. As some informal activities proliferate thanks to the internet, we expect that they will become more easily accepted socially, and gradually formalized and regulated by governments. Second, we also anticipate that cultural changes in the U.S. will lead to an increase in certain previously unregulated activities like urban agriculture, community gardening, and multigenerational housing. We expect regulators to accept and formalize such activities too. Finally, we expect low-income households to indulge even more in economically-driven informal activities for their survival. Such activities may be the most challenging and difficult to address, as well as socially contentious. Nonetheless, they may also be the most imperative for planners, policymakers, and urban designers to respond to.