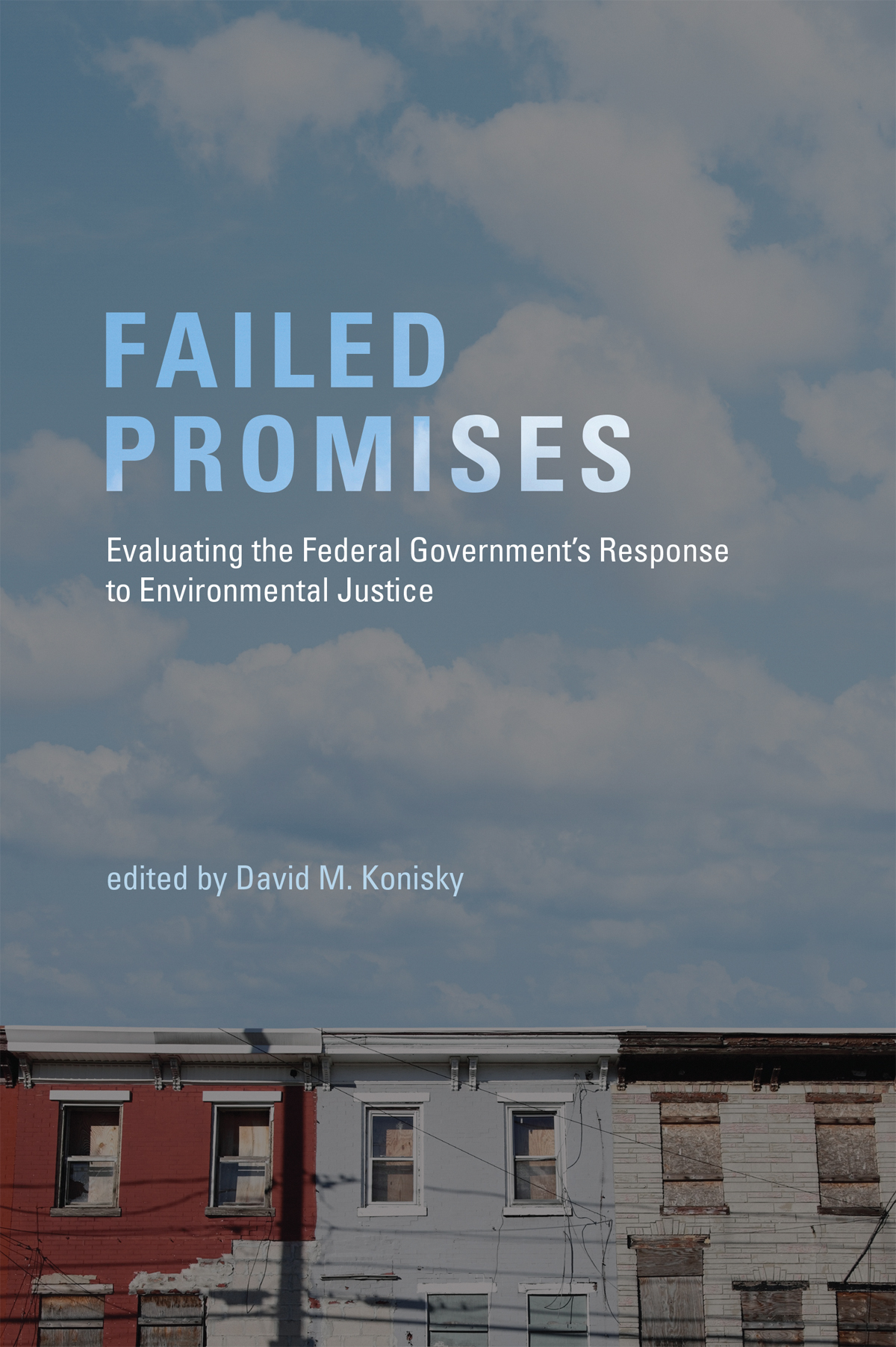 The water crisis in Flint, Michigan is a tragedy. David Konisky, editor of Failed Promises, discusses the effectiveness of the federal government’s environmental justice policies and response.

Three decades of social science research has demonstrated a clear pattern of income and race-based disparities in the distribution of environmental risks in the United States. Poor and minority communities tend to live in closer proximity to various types of noxious facilities and contaminated sites, and more often reside in areas with higher pollution burdens. The unfolding public health crisis in Flint, Michigan is a stark reminder that such disparities—often referred to as violations of environmental justice—are not merely a thing of the past.

The circumstances that resulted in the contamination of Flint’s drinking water supply with lead are particularly egregious. A financial crisis prompted Michigan Governor Rick Snyder to appoint an Emergency Manager with near complete control of the city, including its drinking water system. When problems with Flint’s drinking water began to emerge, following an ill-conceived and poorly-managed decision to switch the source of the city’s water supply, the response from state officials was dismissive. Despite repeated efforts by local residents, public health officials, and scientists to raise red flags, the Michigan Department of Environmental Quality (MDEQ) not only failed to prioritize the issue, but agency officials continued to declare the water safe despite mounting evidence of levels of lead that far exceeded national standards. No longer having the authority to govern their own city, Flint’s poor, black, and Democratic-voting majority held little sway with the Republican state administration, and the problems spiraled to the point of crisis.

In recent weeks, attention in the Flint case has turned to the assignment of blame. Federal and state officials and politicians are pointing fingers at each other, and several high-ranking government managers have already resigned or been forced from their positions. In the months and years to come, investigations will provide some answers as to what exactly went wrong in Flint. As with most crises of this scale, there will likely be ample blame to go around.

The Flint crisis threatens to put a dark stain on the EPA’s recent efforts to restart its environmental justice agenda. For the better part of two decades, environmental justice has been a backburner issue at the EPA. A number of administrative efforts adopted by the Clinton Administration in the mid-1990s, including an executive order that required federal agencies to incorporate environmental equity considerations into their decision-making, have proven mostly symbolic. Recognizing the failure of past policy, the EPA during the Obama Administration has prioritized the issue. Under the leadership of former Administrator Lisa Jackson and now current Administrator Gina McCarthy, the EPA developed Plan EJ 2014, which is a comprehensive strategy to incorporate environmental justice into the agency’s programs, policies, and activities.

Plan EJ 2014 set outs important new policy and technical guidance regarding federal permitting, rulemaking, and enforcement. In addition, the agency has made efforts to strengthen technical and organizational capacity in low-income and minority communities, to provide legal assistance to agency decision-makers on how to better use their existing discretion under environmental statutes, to develop informational tools and other resources to improve internal decision making, and begun to reform the EPA Office of Civil Rights to remedy its implementation of Title VI. These efforts are substantial and reflect a genuine attempt by the agency to make environmental justice considerations a routine component of agency decision-making.

Notwithstanding the substantial merits of Plan EJ 2014, and the genuine effort of the EPA to give greater weight to environmental justice in both the substance and process of agency decision-making, the Flint case highlights a substantial weakness in the EPA’s new strategy. Plan EJ 2014 delineates new policies and procedures in federal decision-making, but it does not compel or even strongly encourage state agencies to do the same. This is a significant flaw, given that the U.S. environmental protection is based on a model of cooperative federalism in which the federal government (i.e., the EPA) generally sets standards, but then delegates implementation (e.g., writing permits, performing compliance inspections, penalizing violations) of these standards to the states. This is the structure of laws such as the Clean Air Act and the Clean Water Act, as well as the Safe Drinking Water Act, which is the law at issue in the Flint case.

Federal promises to deliver on environmental justice, therefore, are likely to fall well short of achieving their objectives without a strong commitment by state agencies to also prioritize the issue. This clearly was not the case in Flint. State officials in the governor’s office and the MDEQ appear to have callously ignored growing and unambiguous evidence that this poor, African-American community was facing unnecessary and severe risks from a contaminated water supply. EPA efforts to prod the state were also rebuffed and met with misinformation. Although the EPA could, and, in retrospect, should have done more to publicly-disclose the extent of the lead contamination in Flint, the MDEQ was the agency on the frontlines and had the primary responsibility to take corrective action.

For its part, the EPA must push states to do more. For the cooperative federalism model to work effectively, the EPA must engage in more vigorous oversight of state agencies, and not just after problems are discovered. Yet, the EPA has been scolded for decades by policy analysts, government auditors, and even its own Inspector General for its weak and inconsistent oversight efforts. Absent strong oversight, states have enormous discretion in how they choose to implement our nation’s pollution control laws. Some states use this discretion to establish strong environmental protection programs, while others choose a laxer approach.

The situation in Flint is a tragic reminder of what can happen when states are left to choose their own path. If the EPA’s new strategy on environmental justice is going to be effective, it must find a way to induce states to do more to protect vulnerable communities.