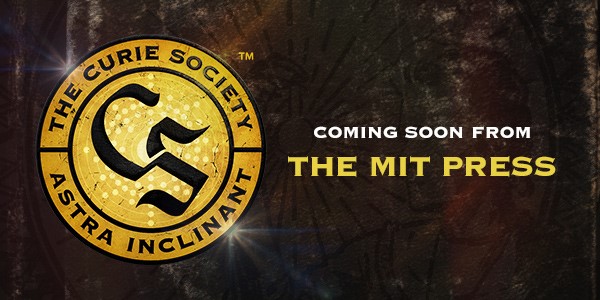 The MIT Press and Einhorn’s Epic Productions (EEP) are working together to develop an original graphic novel titled The Curie Society (pub date TBA). We just received the great news that Scooter Braun’s SB Projects has obtained the television rights and will codevelop the franchise for TV with EEP.

While the MIT Press has previously published nonfiction graphica, The Curie Society will be the first young adult adventure original graphic novel for the MIT Press. The Curie Society will center around an international secret society of young female scientists who use their various STEM skills in covert operations to protect the world. Created by EEP’s CEO Heather Einhorn and chief creative officer Adam Staffaroni, The Curie Society is currently being written by Blue Delliquanti (O Human Star, Meal) and edited by Joan Hilty (Birds of Prey, Manhunter, Batman), with an artist to be announced.

“The MIT Press has a long and rich history of publishing impactful books by and about women in science, technology and mathematics,” says press director Amy Brand. “With this innovative partnership and concept, we are excited to extend that impact to a younger generation and broader population of readers.”

The MIT Press and EEP will also be working with science media company Massive to build a real-world Curie Society: a digital community of actual science super-heroines readers and fans. EEP’S Heather Einhorn says, “We created The Curie Society to be a place where smart, heroic, young women can shine. To bring this world to life it’s incredible to be working with forward-thinking and innovative partners like the MIT Press, Massive and SB Projects.”