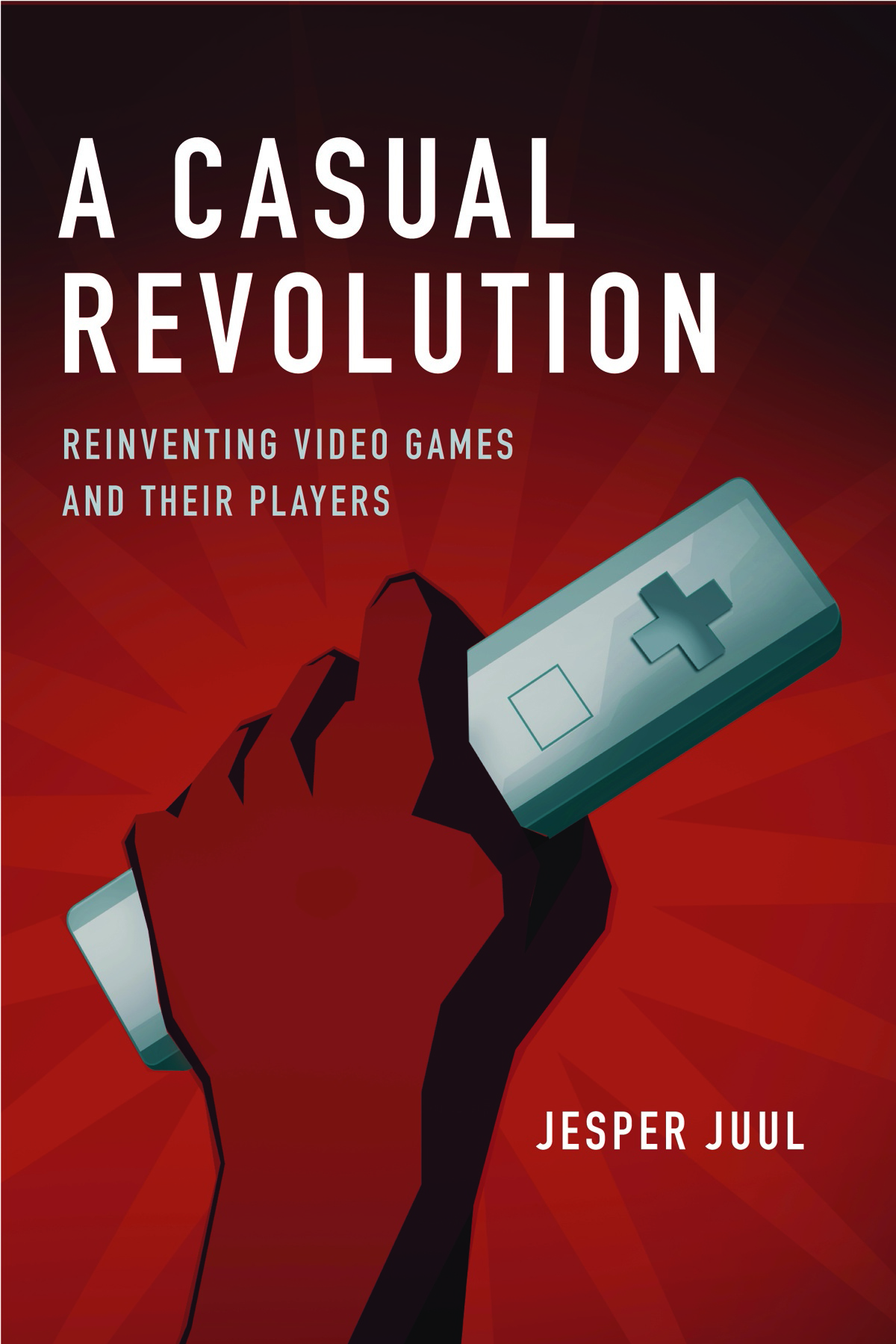 Our gamer gift guide  so far has highlighted: William Sims Bainbridge’s The Warcraft Civilization and T.L. Taylor’s Raising the Stakes: E-Sports and the Professionalization of Computer Gaming. The third post features Jesper Juul’s A Casual Revolution.

What type of gamer are you? Do you favor old-school games? Or maybe you like first-person shooters? Do you like to show off your dance moves playing Dance Revolution? If you answered yes to any of these questions, Jesper Juul’s A Casual Revolution is the book for you.

A Casual Revolution traces the evolution of gaming from the earliest games designed for a more general audience, to the more complex time-consuming games, back to a more casual player. The earliest games were simple enough for everyone (think pong), but as technology expanded so too did game design. Video games became increasingly more time consuming, and some even required additional hardware because of this many “old-school” and casual gamers stopped playing. Then came the wildly successful Wii. Video game designers were faced with a new reality: games were becoming casual again.

“This looked like a seismic change, but when I asked people why they had not played video games before, another pattern emerged. Many of these people I’d thought were playing video games for the first time would on closer questioning happily admit to having played much earlier video games like Pac-Man and Tetris, and to having enjoyed them immensely. Hence, the bigger picture was not just that video games were finding a new audience, but also that video games were reconnecting with an audience that had been lost.”

So regardless of whether you play Tetris on your smart phone or spends weekends playing RPGs, A Casual Revolution is sure to please.