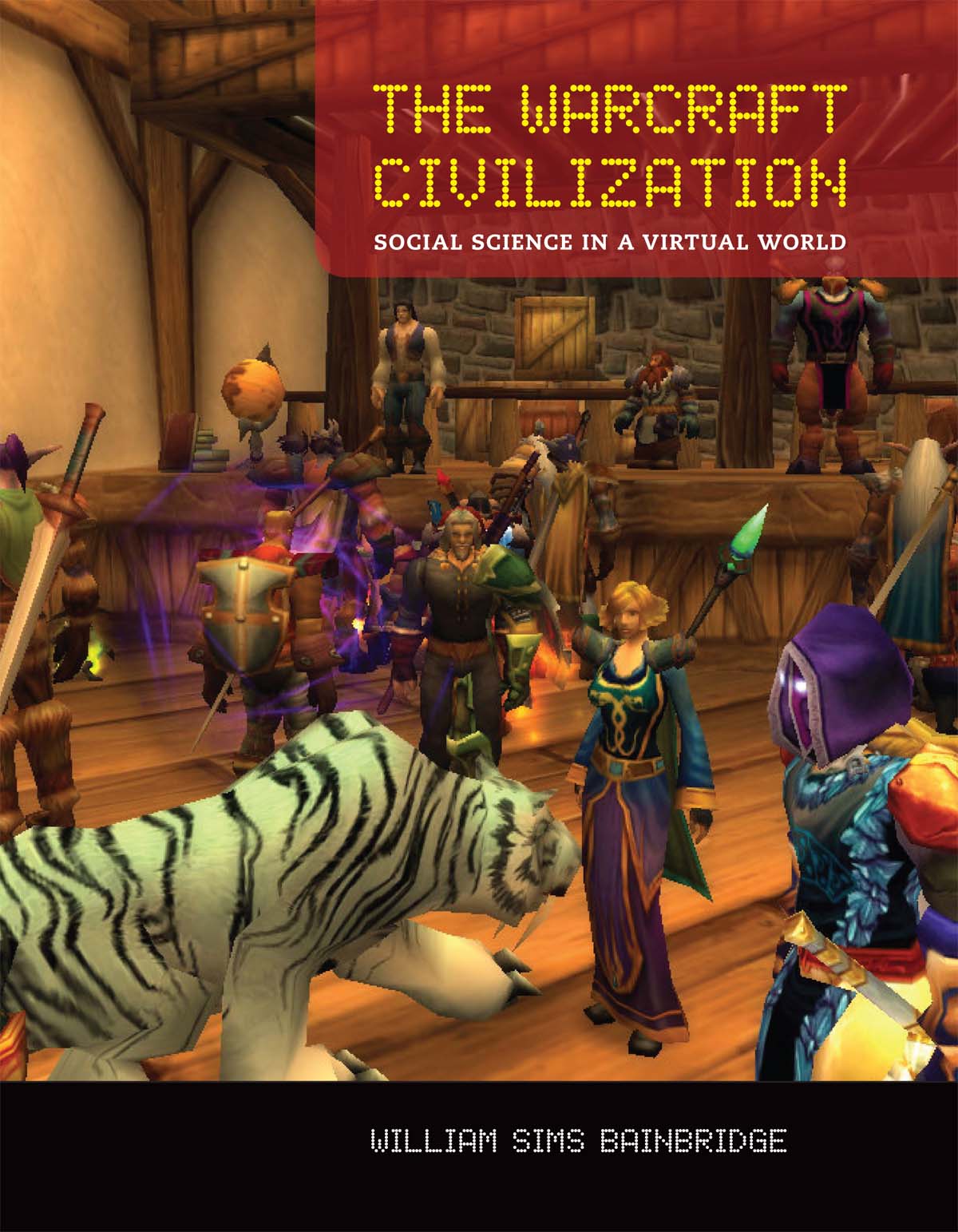 Searching for that special holiday gift for the gamer on your list? Not satisfied by buying them the latest game?  The MIT Press will feature several of our “gamer” titles throughout the holidays.

World of Warcraft  is a hugely popular MMORPG (massively multiplayer online role-playing game) launched in 2004 and attracts an increasing number of players each year. Celebrities like Chuck Norris, Mr. T., and Ozzie Osborne have made commercials promoting WoW. Recently, Colleen Lachowicz, State Senator-elect from Maine made headlines as the target of a smear campaign for playing World of Warcraft.

William Sims Bainbridge’s The Warcraft Civilization: Social Science in a Virtual World details over 2300 hours he played as different avatars, and his experience through different characters. His main argument is that World of Warcraft offers a glimpse into a real-life future, as factions fight over limited resources, and create alliances for mutual self-interest. In the chapter “Economy,” Bainbridge tells of a forest owned by Goblins that has been logged to the point of ruin. Various guilds and factions have tried to abate the damage by conducting missions to steal the logging technology, or to sabotage the operation. In another chapter, “Cooperation” describes the different ways players work together toward a common goal. One example is that players with a high skinning skill are invited by other players to quest. Skinning becomes important as players encounter beasts whose pelts can bring a nice pay-off.

Whether the gamer on your list seeks to learn more about the social interactions in World of Warcraft, is interested in strategy, or aspires to become an elected official, The Warcraft Civilization is the perfect gift.