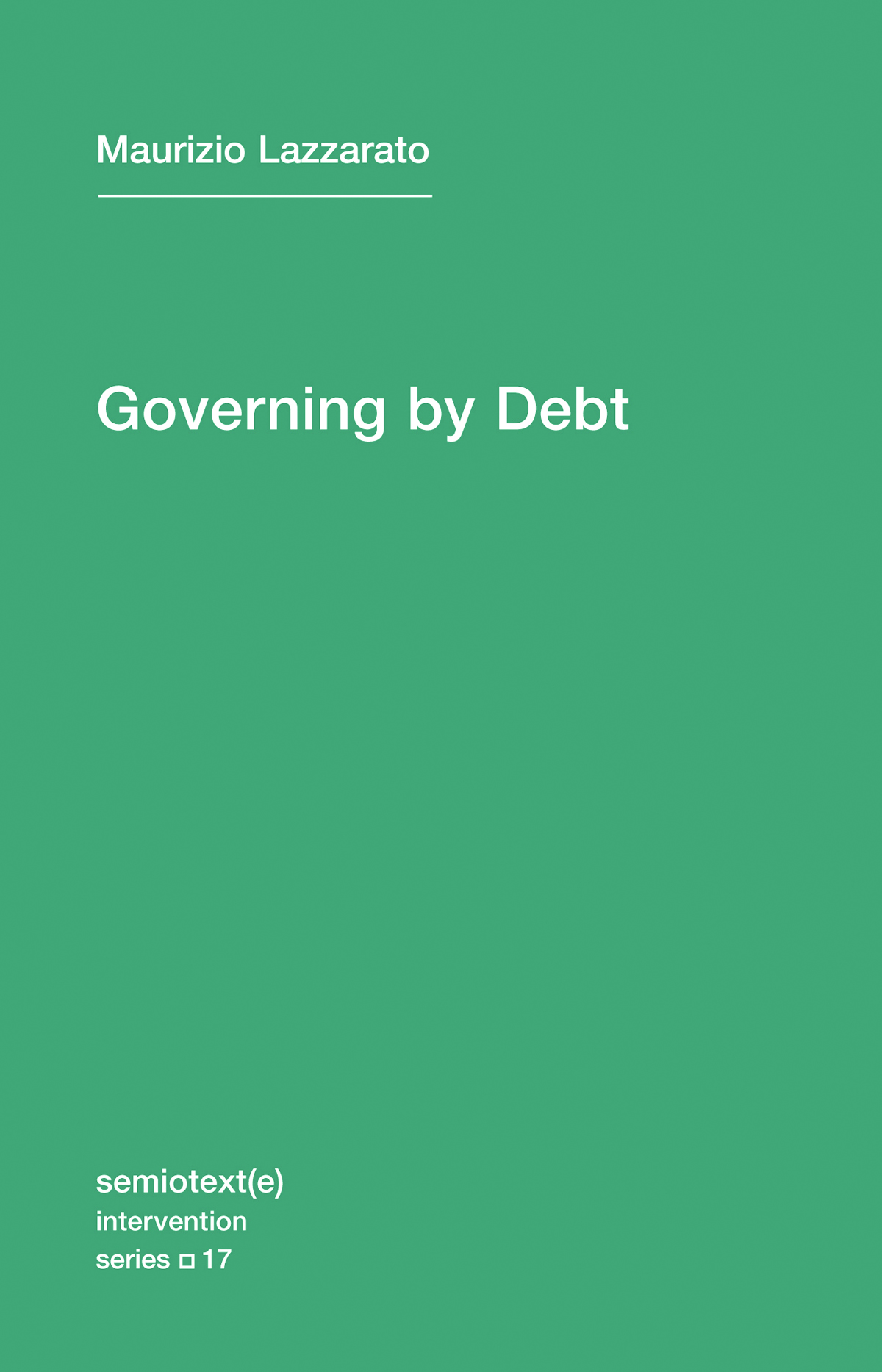 Today we look at Governing by Debt by Maurizio Lazzarato, part of Semiotext(e)’s Intervention Series. The book looks at debt and its use as a political tool, among many things. This essay briefly explores the chapter focused on student loan debt in the United States.

Readers interested in the topic of student loan debt should take notice of the recently published Governing by Debt by Maurizio Lazzarato, a sociologist and philosopher living and working in Paris. Translated from French by Joshua David Jordan and published by Semiotext(e), Governing by Debt, a sequel to The Making of the Indebted Man,  argues that although our economic and political leaders express concern over debt and the hindrance it poses for our economies, their concerns ignore the fact that the very concept of debt isn’t an economic one but a political one, used to divide society into debtor/creditor relationships where the creditor has control of the debtor. With student loan debt expanding at alarming rates, Lazzarato says of the American student beginning their adult lives taking out loans for higher education, “What better preparation for the logic of capital and its rules of profitability, productivity, and guilt than to go into debt?”

It is the second chapter entitled “The American University: A Model of the Debt Society” that deals specifically with the crushing debt that American students take on as they work toward a degree, including all the unnerving statistics (“In the US, two-thirds of university students graduate in debt. Today thirty-seven million people have gone into debt in order to complete their diploma”), and bleak assessments (“debt constitutes a new technique of power”). If this leaves those of us with outstanding debt with a feeling of hopelessness, Lazzarato does indicate that not all is hopeless. One tactic suggested by Lazzarato is to “simply not pay”. This may not seem like a radical solution for student debt, but it is one that is being taken up by the Corinthian 15, who took out loans to pay for their education for for-profit universities, often receiving, in their words, insufficient education, and limited job placement. Although they face the prospect of years of bad credit and wage garnishment, the students’ debt strike is bringing more attention to the issue.

While Governing by Debt offers some insight into the student debt crisis, it contains much more. Its introductory chapter puts in context with accessible language some of the more abstract terms such as transversality, and governmentality. The book also discusses David Graeber’s Debt: The First 5000 Years, Deleuze and Guattari, and concludes with an engaging discussion of the notion of Refusal of Work. Whether you are a regular reader of Semiotexte’s Intervention Series, or a student saddled with student debt facing an existential crisis looking for an alternative take on the issue, this book is for you.