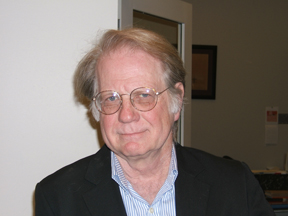 It is with great sadness that we announce the death of our author Daniel L. Schodek who passed away on August 27 at the age of 72. Schodek, a leading figure in architectural technology, was an emeritus faculty member at Harvard University Graduate School of Design at the time of his death. During his tenure, he promoted a broad vision of architectural design and technology ranging from computer-aided design and manufacturing to smart materials and infrastructure sustainability. He was the author of numerous books and articles, including two books published by MIT Press: Landmarks in American Civil Engineering (1987) and Structures in Sculpture (1993). His first textbook, Structures (Prentice-Hall), now in its seventh edition, is a standard text in the field.

Along with Paul Stevenson Oles, Schodek co-designed the bridge at West Dover, Vermont that won the Vermont Bridge Competition in 1989 and the New England AIA award in 1996.

Schodek will be remembered for having served as a generous mentor and colleague to many, especially for his support of younger colleagues. He was known to students as a dedicated and creative teacher.

A memorial service will be held at the Swedenborg Chapel on Monday, September 16. His wife, Kay Schodek, and other family members will be in attendance. He will be missed.