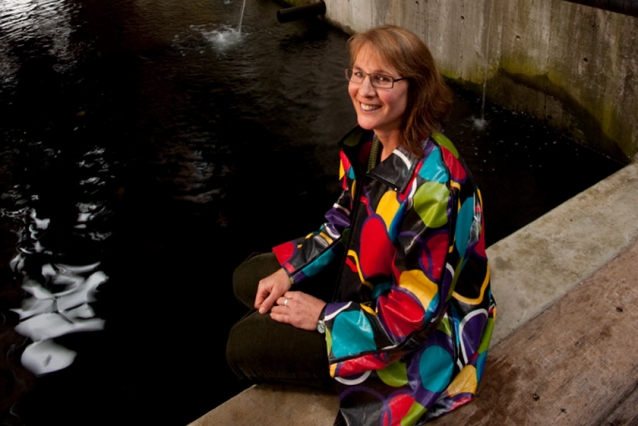 One of this blog’s more difficult duties is to pass along word of the passing of our authors. Today we bring the sad news of the death of Judith Layzer, an MIT PhD and a faculty member in the Department of Urban Studies and Planning from 2003 until her death on May 28. Layzer was also the author of two Press books, Natural Experiments: Ecosystem-Based Management and the Environment (2008) and Open for Business: Conservatives’ Opposition to Environmental Regulation (2012). (The latter was awarded the 2013 Lynton B. Caldwell Prize by the Science, Technology and Environmental Section of the American Political Science Association.) MIT’s president, L. Rafael Reif, called Layzer “a brilliant scholar and teacher who was passionate about everything from the politics of environmental policy to the qualities of riveting prose,” as well as “a beloved member of many communities inside and outside MIT, from the world of competitive ultimate frisbee, to Boston’s creative writing community. And she was most at home outdoors, on the trails and seashores near Boston.”

Judy’s two books with us were acquired by our former environmental studies editor Clay Morgan, who wrote by email that “Judy believed strongly in scholarship that is accessible to practitioners and the general public and was especially supportive of her students.  Open for Business was to my knowledge the most comprehensive study of the impact of conservatives on environmental policy in the US, covering US presidencies from Nixon through Obama and documenting conservative efforts to roll back environmental regulations and undermine efforts to protect the environment.”

Plans for a memorial service will be announced soon. She will be missed.