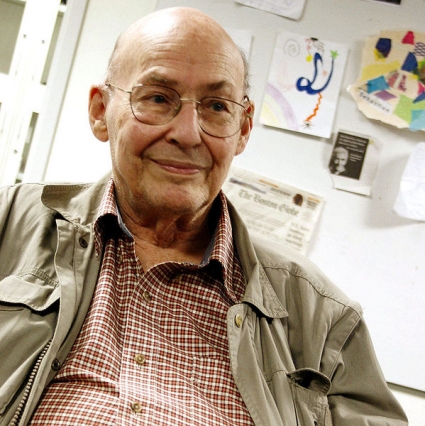 We note, with sadness, the passing of Marvin Minsky. Often called “the father of Artificial Intelligence,” Minsky was a giant presence at the Institute from 1958 until his death on Jan. 24 at the age of 88. An early, and often outspoken, advocate for the view that humans would one day create machines whose intelligence would rival their own, Minsky’s vision of AI was often challenged but remains, to some extent, the one we have today. He would go on to found the Artificial Intelligence Laboratory – now known as the Computer Science and Artificial Intelligence Laboratory – and cofound the Media Lab. He was also the author of two books for us, one of which – Perceptrons, coauthored with Seymour Papert – is still in print today.

The excellent obituary from MIT News contains a quote from Nicholas Negroponte that beautifully sums up Minsky’s importance for the Institute: “Marvin talked in riddles that made perfect sense, were always profound and often so funny that you would find yourself laughing days later. His genius was so self-evident that it defined ‘awesome.’ The Lab bathed in his reflected light.”

A celebration of his life will be held later this year at the Media Lab. He will be missed.