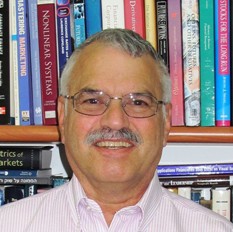 We are sad to share the news that Simon Benninga passed away on Saturday, August 29. He died peacefully, at home, surrounded by his family.

Professor Benninga was one of the world’s most well-known and influential figures in international finance and financial modeling. Until his death, he was Professor of Finance and Director of the Sofaer International MBA program at the Faculty of Management at Tel Aviv University, a program he founded. For many years, he was Visiting Professor of Finance at the Wharton School at the University of Pennsylvania.

Professor Benninga’s financial modeling textbooks have become the standard modeling text for finance students and professionals globally, including his Financial Modeling—now in its fourth edition (2014)—and Numerical Techniques in Finance (1989) with the MIT Press. His books have sold over 200,000 copies and have been translated into Japanese, Russian, Polish, Chinese, Italian, Spanish, Persian, and Vietnamese. In addition, Professor Benninga published over 50 academic papers and was a regular consultant in the field of finance and modeling.