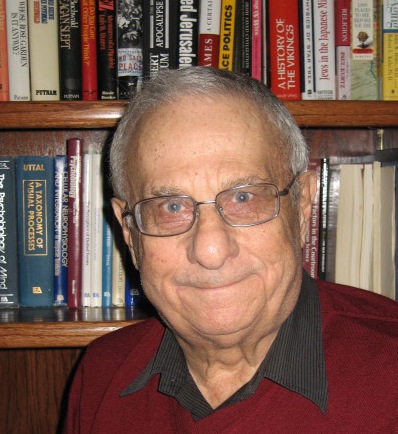 We note, with sadness, the passing of William R. Uttal, on Feb. 9 at the age of 83. Uttal received a PhD in experimental psychology in 1957 and went on to a long and distinguished academic career that’s difficult to confine to any single academic field, though “cognitive science” probably best covers his areas of interest. He wrote many books, among them The New Phrenology, which criticized the field of psychology for distancing itself from reflective analysis on its foundations in its attempts to establish itself as a hard science; Mind and Brain, a (very) critical appraisal of the experimental achievements of cognitive neuroscience; and Reliability in Cognitive Neuroscience, which took a sharply skeptical attitude to the claim that brain imaging accurately represents actual cognitive processes. So perhaps the best description of Bill Uttal would be, simply: critic.

One of his colleagues, Herb Roitblat, sent along this remembrance of Uttal:

In his own words, Bill was a curmudgeon and skeptic. Above all he was intellectually deeply curious and deeply honest. He could reduce perception down to the most basic forms—arrangements of dots—and consider the whole brain as a distributed processing environment. He took delight in calling to task scientists who would oversell their ideas (most of us, I’m afraid), but do it with such grace and good humor that I don’t think anyone ever really minded. We would all do well to heed his cautions and concerns.

Herbert Simon once noted the yin and yang of science: The romance of discovery and the sobriety of verification. Balancing these opposites is a challenge, but with his boundless energy, Bill Uttal made it look easy. Those he welcomed into his generous circle were inspired to follow his tracks, pursuing science with excitement and rigor.

A memorial for Uttal will be held at his Phoenix-area home on Mar. 25. He will be missed.