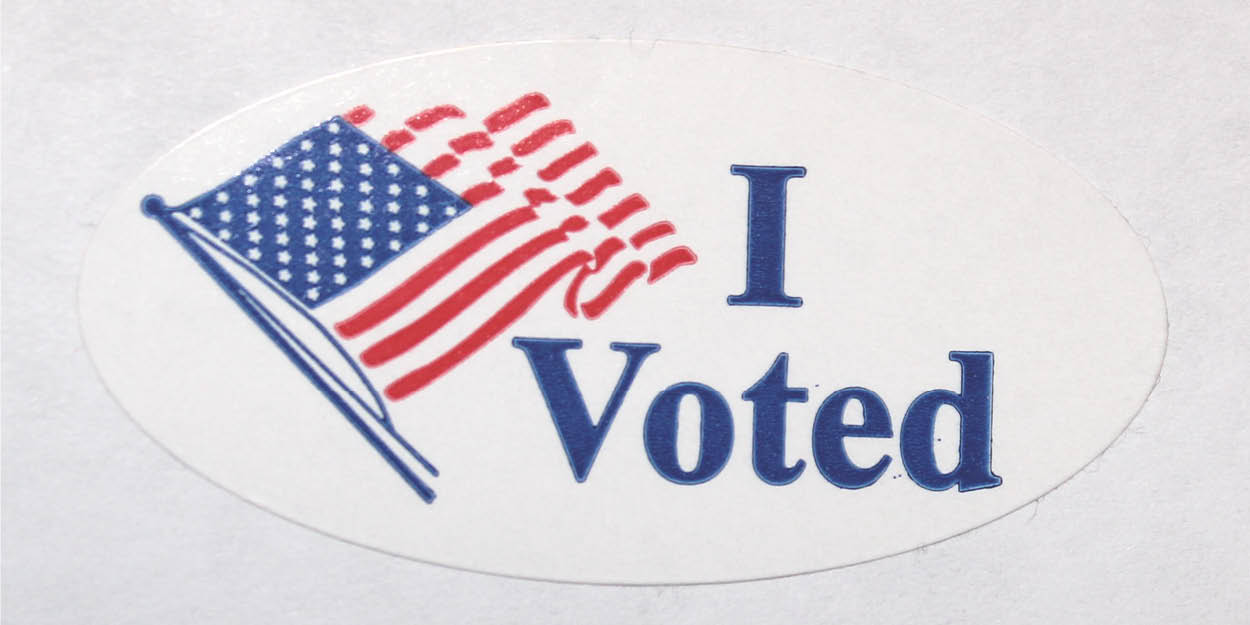 I voted this morning in the 2018 midterm elections.

It was tremendously inefficient. The lines were set up the wrong way so that people had to cram past each other in the otherwise-spacious lobby of an apartment building. As usual, the person manning the voter signature book misheard my name and couldn’t locate me in the voter rolls. Once I was located and signed in, the older man handing out the paper ballots was having a chat with the woman in front of me about her book (And the Band Played On) and his book (he’s reading the Dune series for the first time; he likes the first two, but the later novels tend to drag). That took forever.

The next line, for the privacy booths where New Yorkers fill out ballots, dragged on even longer. The guy in the booth before me left a Whole Foods bag under the counter, so I had to chase him down to give him his bag back before someone freaked out about an unattended package. Then, after I filled out the paper ballot, I waited in yet another line while people got confused about how to insert their ballots into the scanners that count and secure the ballots.

Lots of people would claim that the inefficiency of my polling place could be eliminated by electronic voting procedures. Those people are right. My experience was the opposite of streamlined. However: that inefficiency is one of the most protective forces securing the US elections from interference. It’s counterintuitive, but election experts agree that paper voting is the most secure method.

The IEEE Security & Privacy magazine has published multiple special issues on electronic voting. “Electronic elections are perhaps the hardest security challenge of all, demanding public evidence of the right outcome from secret individual ballots,” the magazine’s editors wrote in 2017. “Without that evidence, electronic systems jeopardize election integrity and public trust.”

Philip B. Stark, a statistician at UC Berkeley and a voting technology expert, told IEEE: “Using software is not the problem: the problem is using software in a way that cannot be checked without trusting that software. We see technology as extremely valuable in running elections efficiently, but the results need to be validated by auditing against a durable, tamper-evident audit trail.”

Those who would argue that we should replace paper ballots with electronic voting are guilty of a kind of bias I call “technochauvinism.” Technochauvinists believe that technology is always the highest and best solution. Instead, as I argue in my new book “Artificial Unintelligence: How Computers Misunderstand the World,” a better strategy is to ask: what is the best tool for the task?

Paper ballots work well. Unlike electronic voting machines, paper ballots can’t easily be hacked. Preserving the integrity of US elections and US democracy are among the most important security goals of the US electoral process. The voting process is overwhelmingly staffed by volunteers, and voting doesn’t happen very often. Given all of these factors, a little friction in the process is not a big deal.

As I stood in line at my polling place, I took a deep breath and reminded myself that the little bit of inefficiency I was experiencing was actually the thing that made the election hard to hack. If you have a perfectly streamlined computational system that works the same way everywhere all the time, it is easy to manipulate that system. If you have a slightly haphazard system full of chatty people who know their neighbors and are active participants in democracy, it’s hard to manipulate that system because you can’t program code against a system with infinitely many slight variances. Voting in 2018 was a good reminder that not everything has to be computationally optimized all the time.

Meredith Broussard is an Assistant Professor in the Arthur L. Carter Journalism Institute at New York University. A former features editor at the Philadelphia Inquirer and software developer at AT&T Bell Labs and the MIT Media Lab, she has written articles and essays for the Atlantic, Harper’s, Slate, the Washington Post, and other publications. She is the author of Artificial Unintelligence: How Computers Misunderstand the World (available now).