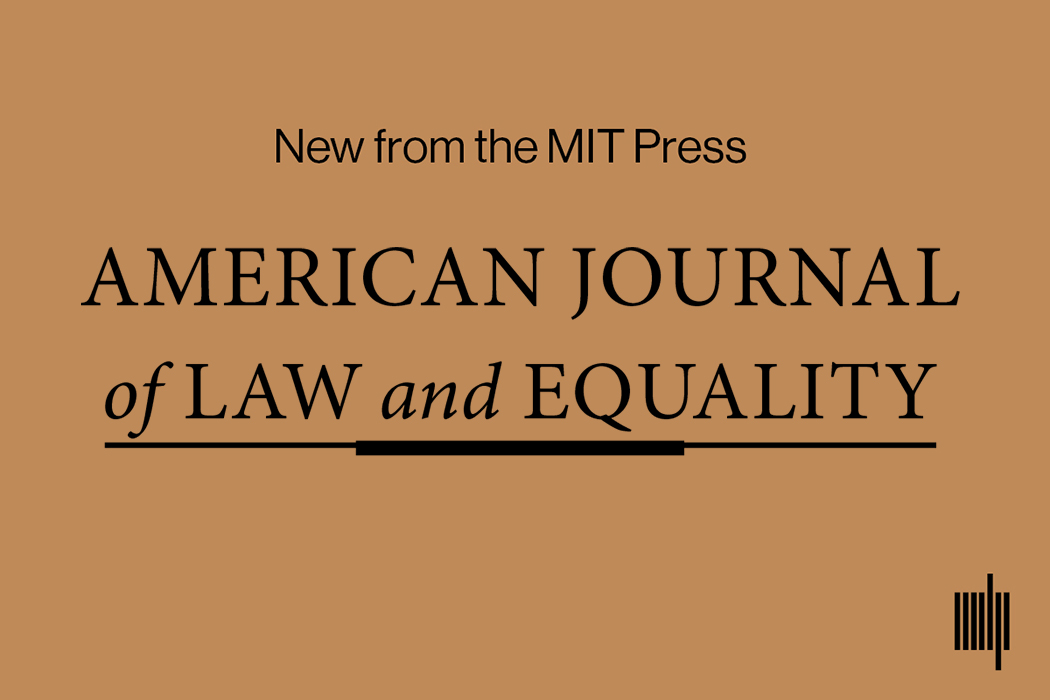 Harvard Law School and the MIT Press are pleased to announce today the launch of the American Journal of Law and Equality (AJLE). This new open access journal is the first to exclusively focus on issues of equality and inequality in the United States from the standpoint of law and is led and edited by three Harvard Law School professors: Randall L. Kennedy, the Michael R. Klein Professor of Law; Martha Minow, the 300th Anniversary University Professor; and Cass R. Sunstein, the Robert Walmsley University Professor.

In addition to original scholarship from the editors and luminaries like William P. Alford, Benjamin Eidelson, and Deborah Hellman, the inaugural issue features a book symposium on Harvard Professor Michael J. Sandel’s groundbreaking work, The Tyranny of Merit: What’s Become of the Common Good?, which “challenges the hubris a meritocracy generates among the winners and the harsh judgement it imposes on those left behind.”

“All sorts of people from various disciplines—economics, anthropology, politics, philosophy, law, etc.—are interested in the issue of meritocracy,” Kennedy said. “In the years to come, when a person is interested in investigating meritocracy and its discontents, we think that this symposium will be one of the sources that they’ll want to consult.”

Articles in the inaugural issue include:

The publication’s editors agree that the American Journal of Law and Equality will welcome people with a wide range of views and backgrounds, including former government employees, academics with a philosophical bent, economists accustomed to focusing on incentives, as well as specialists in constitutional history. For more information about how to submit your work for consideration, please visit https://direct.mit.edu/ajle/pages/submission-guidelines.

Learn more about the American Journal of Law and Equality