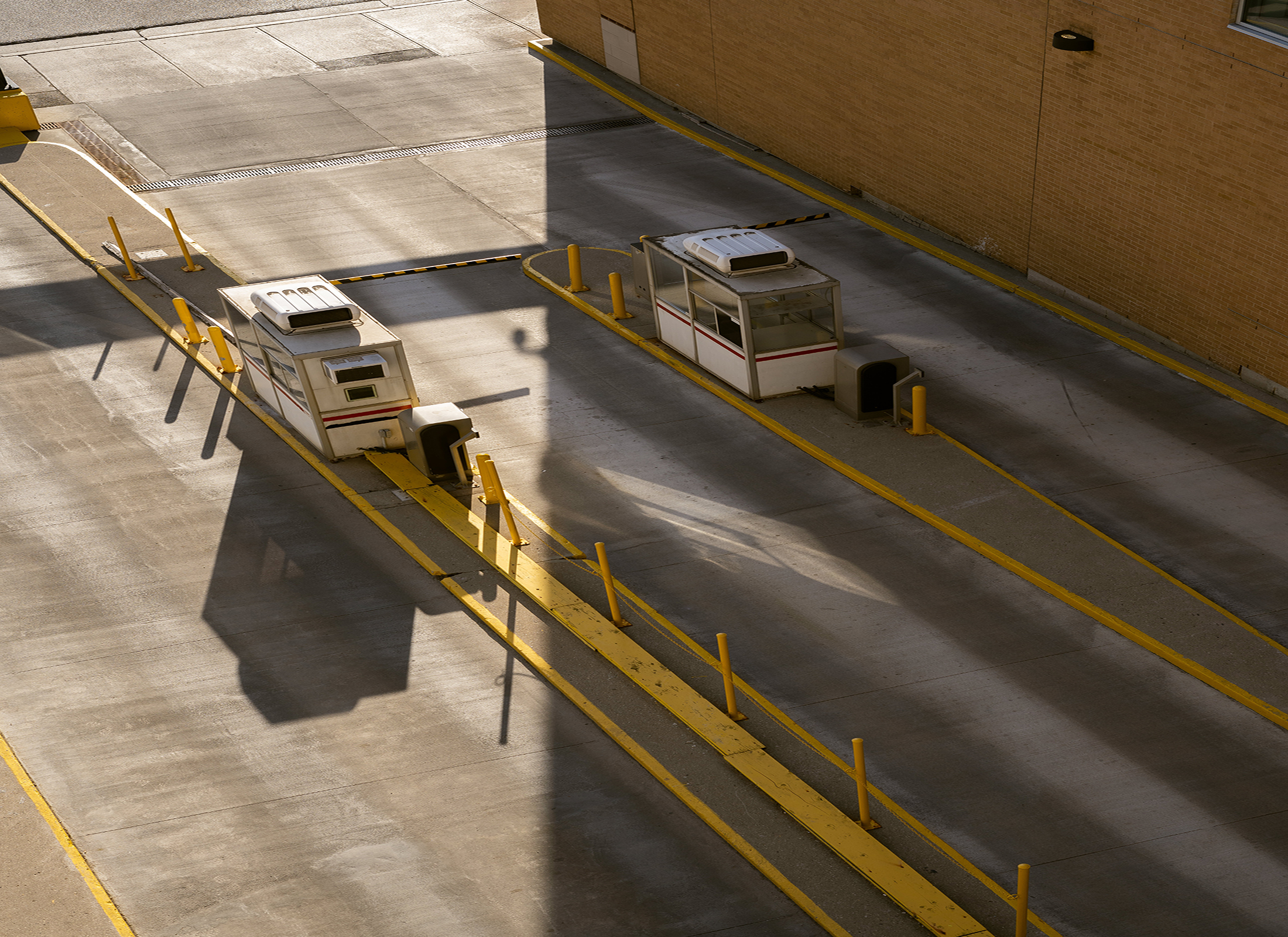 What do conveyer belt sushi, tollboothless tolls, and contactless cards have in common? They all use RFID (Radio Frequency Identification) technology. Below, Jordan Frith author of A Billion Pieces: RFID and Infrastructures of Identification explains this invisible yet ubiquitous technology.

In March 2017, I took a trip to Japan. While there, I used a Suica card to ride the Tokyo metro. I ate some conveyor belt sushi that used tags on plates to track data that shows how long the sushi remained on the conveyor belt. On my return journey I passed through border control using the biometric data contained on my passport, retrieved my car and left the parking lot using my wireless Tolltag. I stopped to get food on my way home and used a Near-Field Communication (NFC) app on my phone to pay. Later in the week, I accessed an office after hours using a contactless key fob.

At first glance, those actions seems unrelated. What does moving through a toll have to do with entering a building, much less entering a country at a border crossing? The answer is Radio Frequency Identification (RFID). Every one of those practices, whether paying for food with a smartphone or riding public transportation with a smart card, is enabled by some form of RFID. So what is RFID? It involves a tag that carries data, a reader that accesses that data, and software that transmits the data from the reader to a larger system. RFID tags can be as small as a grain of rice and can be sown into clothing or embedded in packaging. They are a major infrastructural technology used to identify objects in supply chains and used to combat counterfeit drugs in the Global South. If your dog has a microchip, that microchip is RFID. If you use a contactless card to make a payment, that card is RFID. If you buy a pair of yoga pants from LuluLemon, those pants were tracked through RFID. Different types of RFID have variable read ranges, but forecasting firm IDTechX estimated that in 2018 8 billion RFID tags were used to identify apparel items, 2.2 billion used in contactless cards, and another 540 million to tag livestock to meet food safety requirements.

These tags, wherever they are found, form what I argue in my book is one of the most important contemporary infrastructures of identification. They work as a pseudo-cousin to the barcode but are more powerful because they communicate through radio waves and have vastly expanded data capacity. Whereas a typical barcode used in retail contains 12 or 13 digits, an RFID tag can transmit far more data. Just one RFID data standard—the Electronic Product Code—offers more than two trillion combinations, which is a number range that could conceivably differentiate and identify every object on Earth. Consequently, practices of identification change. Whereas barcodes are used to identify classes of items (a six pack of Coke is labeled as a six pack of Coke), RFID tags can uniquely identify every single item in a supply chain or on a store floor (each six pack of Coke is unique from all other of its kind). The same expanded data capacity is true for other RFID systems, including electronic tolls, subway cards, and school attendance systems. Through these tags, the idea of mass shifts as objects that are otherwise identical become unique, even if the only uniqueness is found on the data on a tag. As far as data infrastructures are concerned, thes tags make each object unique in previously unprecedented ways. The body on the subway is unique and linked back to a larger account; the pair of jeans is now different from thousands of otherwise identical pairs of jeans.

The ability to sort and differentiate the movement of anything with an attached RFID tag has significant consequences. For one, objects that themselves may not have any computing power are able to communicate with computing infrastructure through RFID tags. In fact, the term Internet of Things—which now has become almost more of a marketing buzzword than actual descriptor—was coined in a 1999 presentation about using RFID to connect billions of objects in a supply chain to the Internet. Secondly, RFID tags are a major infrastructure that feeds into various big data projects. These tags produce identification data on unprecedented scales, enabling granular data collection about everything from traffic patterns to a unique object’s trajectory through a global supply chain. Some warehouses and construction sites now even have drones fly around with RFID readers to collect identification data for inventory.

Thirdly, and possibly most consequentially, these tags can raise major questions about privacy. The fact that retail items or heavy machinery at construction sites can be uniquely identified by computing systems may not raise many concerns. But much of the fine-grained identification data transmitted through RFID concerns humans. Toll systems and public transportation systems record exact moments of entry and exit. The RFID in passports contains people’s biometric data. School attendance systems and RFID-based location systems in hospitals and construction sites can track people’s locations. Even retail tags, if misused, can link unique purchases back to individual consumers.

These three issues—the connection of billions of objects to computing systems, the growth of big identification data, and concerns about privacy and surveillance—are forces shaping our world. But that shaping occurs in often invisible ways. These systems are designed that way.

The infrastructures behind everyday technologies—our smart phones, our wifi—are designed to reside in the background, only drawing our attention when they do not work. Few people consider the location of cell towers until they cannot get a signal. Fewer still think about where Internet cable are laid, that is until someone hits a line while digging. RFID technology fades so far into the background that many people might not realize they are dealing with a wireless communication technology at all.

Before I began researching RFID, I had no idea that the same suite of technologies tracked items in supply chains, tracked my car, identified my rescue mutts, opened turnstiles, or tracked many of the cows that would later become someone’s dinner. As the technology becomes even more ubiquitous, it will become increasingly important to understand how we are identified through infrastructures like RFID. After all, as media scholar John Durham Peters points out, “Whatever else modernity is, it is a proliferation of infrastructures.”

RFID technologies are just one relatively small piece of the infrastructures of modernity, but they are an important piece nonetheless. And they are a reminder that for many of our transportation and logistical systems to operate, they must first be able to differentiate the individual from the mass. Consequently, the next time you wonder how a built environment—whether a toll or a subway turnstile or your child’s automated attendance system—is able to tell one person from another, spend a moment looking for the tag that more than likely is transmitting identification data in the background of your interaction with world.