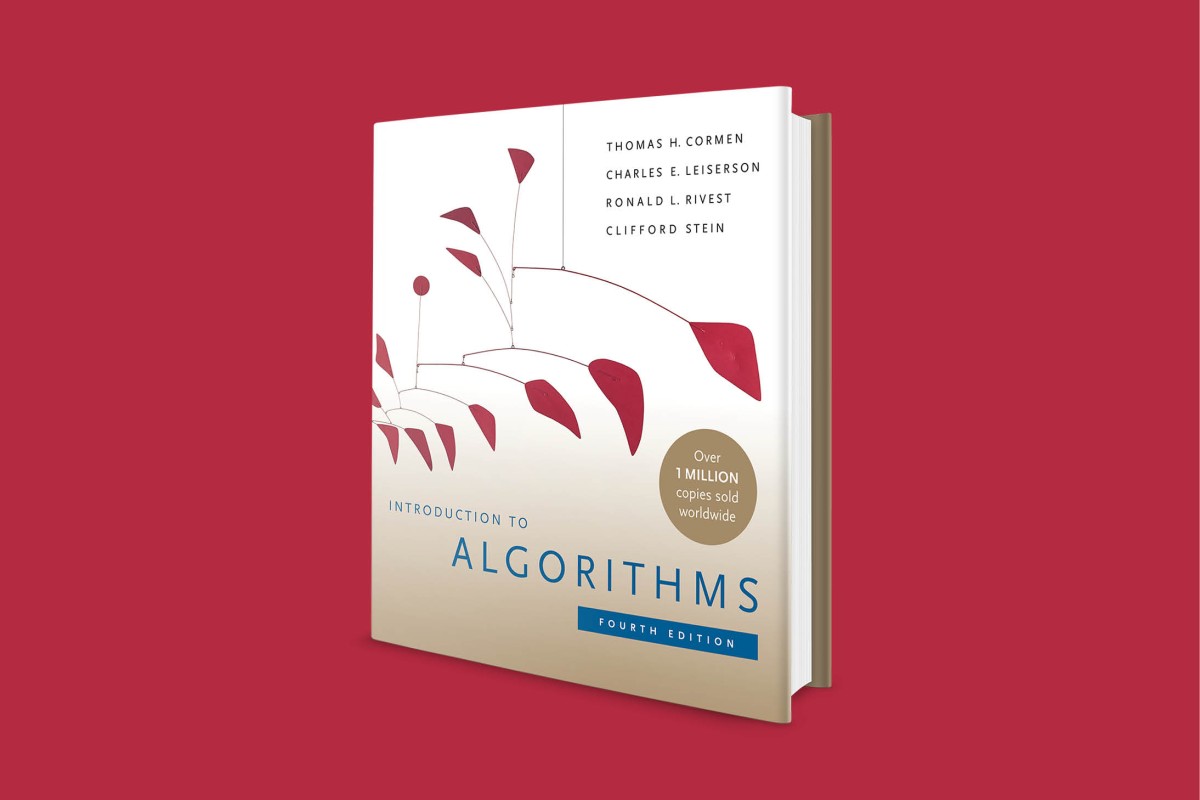 To celebrate the fourth edition of the blockbuster textbook, we spoke to acquisitions editor Elizabeth Swayze to learn more about the publishing process

We recently spoke to Elizabeth Swayze, senior acquisitions editor in computer science at the MIT Press, to discuss the publishing process for this new edition of a long-standing text. Read our conversation with Swayze below, and learn more about Introduction to Algorithms, Fourth Edition.

The MIT Press: Introduction to Algorithms has sold over one million copies across editions since its first publication in 1990. What has it been like to help bring to print a new iteration of something with that kind of longevity?

Elizabeth Swayze: It has been a completely humbling experience. Although I have worked as a book acquisitions editor for 25 years, this is the first time I have worked in computer science. Coming on to the MIT Press computer science list was like being given the keys to the kingdom. My predecessor, Marie Lee, retired before she was able to get the fourth edition of Introduction to Algorithms to production, so I stepped into weekly meetings with authors Cormen, Leiserson, Rivest, and Stein from the start of my tenure at MIT Press. It was a year-long crash course in the underpinnings of the discipline, taught by the people who wrote “the bible” for the field. It’s hard to feel worthy under these circumstances.

Speaking of longevity, there are still two editors in-house who worked on other editions, Terry Ehling and Bob Prior, as well as at least one production colleague. The longevity and excellence of the editorial staff here are a good match for a book like Introduction to Algorithms.

The MIT Press: The authors of Introduction to Algorithms have been working together for a long time and are consummate experts in the field. Tell us a little about the experience of working with them for this new edition.

Elizabeth Swayze: The author team is incomparable. And they are funny! They bring a multitude of strengths to the writing of this book, not least of which are diligence and close attention to detail. Very little gets by them, and it was hard to get them to stop working on the new edition. Charles Leiserson spent almost a year working on proving the master theorem for chapter four. Ultimately the fourth edition went to press with only a partial proof, leaving plenty of space for future exploration. The authors also worked hard to keep this edition to 1,330 pages (much more and you run the risk of the spine giving out!). That said, the field changes so rapidly that the book keeps growing in length with each new edition. We joked that should there be a fifth edition, it will have to come with a rolling briefcase as it will be too heavy to carry.

The MIT Press: Why do you think Introduction to Algorithms has been such an enduring text?

Elizabeth Swayze: Although Tom Cormen will say cheeky things like “right book, right time,” or “there were other books, but ours was bigger,” the real answer is the author team (and the exacting copyediting of Julie Sussman who has worked on every edition). The authors’ dedication to detail and mathematical excellence borders on evil genius. Every aspect of this text is meticulously prepared. The index is a work of art, complete with professor jokes. The four authors divide up the chapters, then consult weekly as a group on any new material that has been “checked in” to the LaTeX files. Tom Cormen does all the illustrations, typesetting, and design for the book. He also produces a manual to accompany the text. At 800 pages, the manual is a substantial work itself—even when compared to the 1,330 pages of the fourth edition.

The MIT Press: What makes this new edition particularly exciting?

Elizabeth Swayze: The authors provide a number of book-wide changes for this new edition. Here are a few of them: It is the first edition to appear in full color; the language has been completely recast to make the approach and tone more student friendly and the language more current; it features an eagerly anticipated chapter on machine learning; it offers python code for all materials; and for the first time there will be a complete set of slides to help instructors teach from the book.

Elizabeth Swayze: It’s not every textbook that is used as a clue on Jeopardy! That said, the oddest reference is the book appearing as a plot device in a Chinese soap opera. It wasn’t just a “spotted in the wild” kind of moment where the book can be seen on a bookshelf on the set. “Why are you always reading that Introduction to Algorithms book?” a female character complains when her love interest is more absorbed in the textbook than in the relationship. Global cult status confirmed.