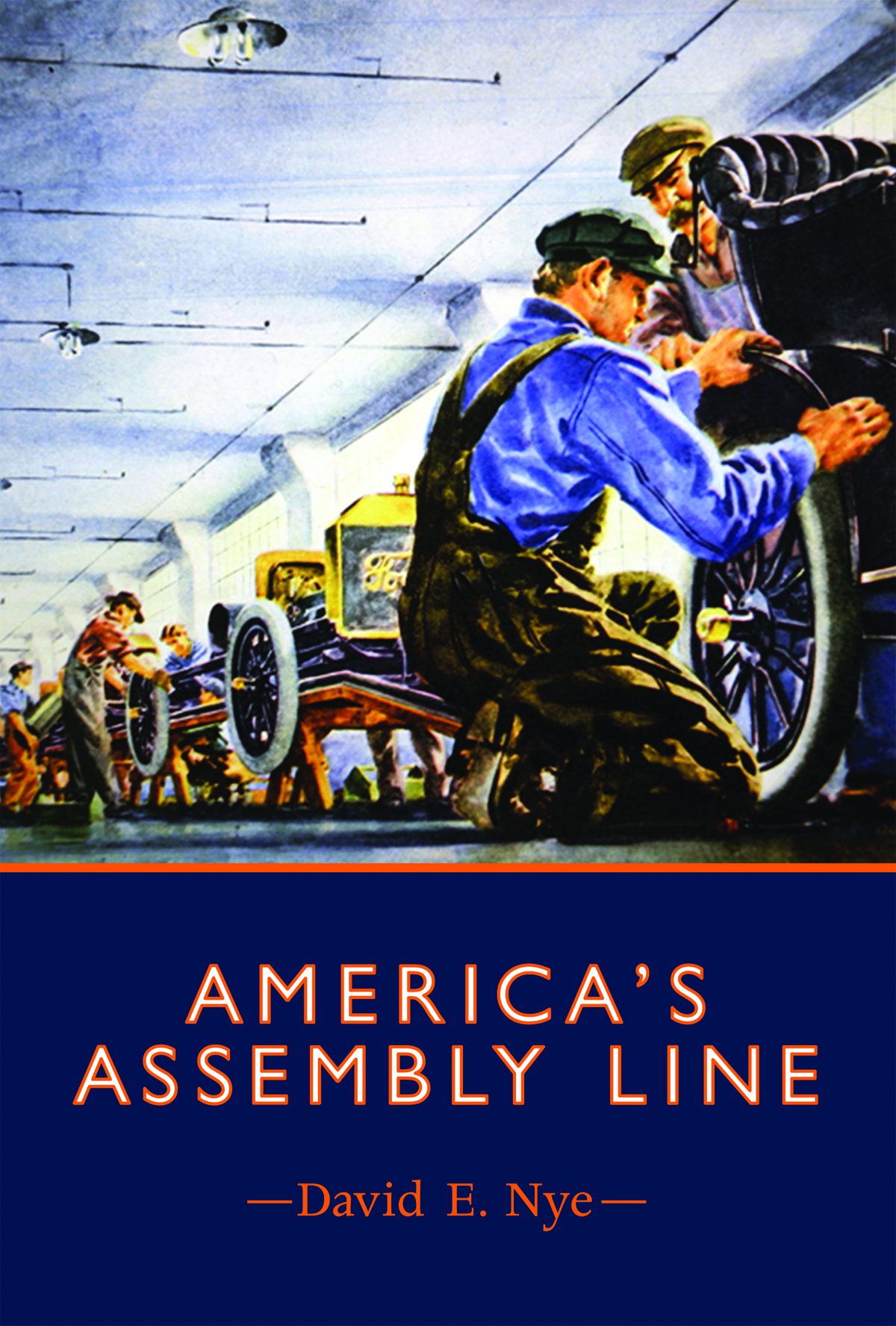 Everyone knows April 15th is Tax Day, but did you also know that it is Leonardo da Vinci’s birthday? To help us commemorate this important artist, engineer, and thinker’s birthday, we have thoughts from David Nye, winner of the 2005 Leonardo da Vinci Medal given by The Society of the History of Technology. Nye is the author of several MIT books, including: Electrifying America, When the Lights Went Out, and recently, America’s Assembly Line.

It is Leonardo da Vinci’s birthday. Some years ago I was agreeably shocked to learn that I had been selected to receive the Leonardo da Vinci Medal. This is awarded to no more than one person each year, and in some years to no one, by the Society for the History of Technology. There is no possibility of false humility for the winner. The humility is quite palpable. Make a list of all the many things Leonardo could do, and there is not one that I can do even remotely as well. Furthermore, what strikes me, when I think of Leonardo da Vinci, is that he was so interdisciplinary and able to work with a wide range of people to realize diverse projects. That he was extremely talented there can be no doubt, but almost as important, perhaps, was his easy movement between, and transfer of ideas from, his various activities. Today scholars are pressured to specialize, but in his age there was apparently an easier flow of ideas and people, a mixing of artisans and the arts, of church and state, of military and civilian life, and of science, medicine, and technology. One finds Leonardo at one time or another involved with all of these fields and more.

For me or any modern scholar to receive a prize named after the person who embodied the ideal of the Renaissance man seems preposterous. If one of us manages to connect just a few fields – in my case a little art history, some literature, a smidgen of technology, and a large dose of history – this is not remotely in the same league with what Leonardo achieved.  I will never produce anything that has the iconic status of the Mona Lisa, The Last Supper, or his drawing of Vitruvian Man, nor will I invent new devices, nor devise new military technologies, nor design bridges, or any of the rest of it.

In short, it is a humbling distinction to receive the Leonardo da Vinci Medal, because the more I or any recipient thinks about it, the less worthy we must feel.  One almost longs to have received an award named after a more obscurely famous person, in order to have a chance of withstanding the comparison.

Gradually, however, I have seen that it is an advantage to realize how impossible it is to live up to the name of this medal, no matter how much one has achieved. Since it is entirely hopeless to demonstrate, either before or after receiving it, that one deserves the award, I feel released to keep on doing my bumbling best. And at least one can never receive an award named after an even more famous person, for who could that possibly be? Leonardo puts one so completely in the shade that no further distinctions or awards can stir up immodest delusions.  In its way, that is quite a benefit.