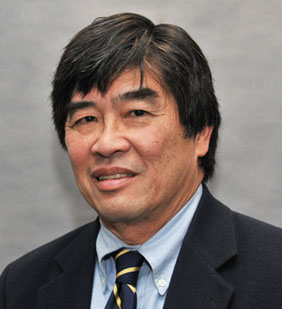 We are pleased to welcome Jonathan M. Chu as the new editor of The New England Quarterly. Dr. Chu, Professor of History in the College of Liberal Arts at the University of Massachusetts, Boston, took NEQ’s helm in July. He tells us about his relationship with NEQ and his vision for the journal in this brief Q&A.

How did you come to this editorial position?

Our English and History Departments initiated the proposal. The History Department is in the midst of a major turn-over as a result of prospective retirements and the hiring of new faculty. In the development of the proposal, we decided that the editorship should reflect both disciplines, and because of the demographic structure of the two departments, I became the logical (read: oldest) candidate in part because I am on the cusp of retirement and a number of English faculty were interested in the position but were assistant (about to be tenured) or associate professor concerned about promotion. The position also posed a different kind of scholarly challenge to me.

What’s your history with/interest in the content covered in NEQ?

I was raised in Honolulu and attended an independent school founded by New England Congregational missionaries. They actually left from Park Street Church to go to Hawai’i. Although Chinese-American, my family has been Congregationalist for over 150 years—note that I still refer to it as “Congregational” and not “United Church of Christ.” When I went to graduate school at the University of Hawai’i, the first seminar I took was on seventeenth-century Puritanism. One of my first assignments was Perry Miller’s The New England Mind: The Seventeenth Century. My first publication was in NEQ in 1980 or ’81. So in some sense I’m the physical manifestation of NEQ‘s editorial vision that wanted to extend an understanding of the role of New England beyond narrow geographical and topical boundaries.

What are your hopes for the journal?

It is more accurate to speak of the editors’ hopes for the journal. There are three of us; Betsy Klimasmith and Leonard von Morzé being the other two. In some ways we’re hidebound traditionalists: we think there’s a place for a journal that has a shared vision of Humanist, especially the intersection of literature and history, concerns. Some days, we want to recreate the old, classic American Studies approach of Robert Spiller and bring it to the present. On others, we want to integrate current scholarship on gender, ethnicity, and race. Samuel Eliot Morison actually talks about this in his editorial in the first issue. Still others, we want to use the journal as the humanities contribution to UMass Boston’s mission to serve Boston and the Commonwealth. We want to learn how to use the potential of the web and electronic publishing not only to broaden our appeal, but to complement and extend the strengths of print media. And most of all, we want to take the best scholarly written work and help to make it better.

Any favorite articles from NEQ?

I have many. In 1993, NEQ printed Edmund Morgan’s address on the celebration of the Colonial Society’s Centennial. Morgan’s address, along with Samuel Eliot Morison’s 1928 editorial outline the challenges and objectives which I hope will always shape the editorial policy of NEQ.

Special thanks to JSTOR for granting temporary access to the following articles, which will be free to read through September 20th.

“An Address to the Colonial Society of Massachusetts, on the Occasion of Its Centennial”