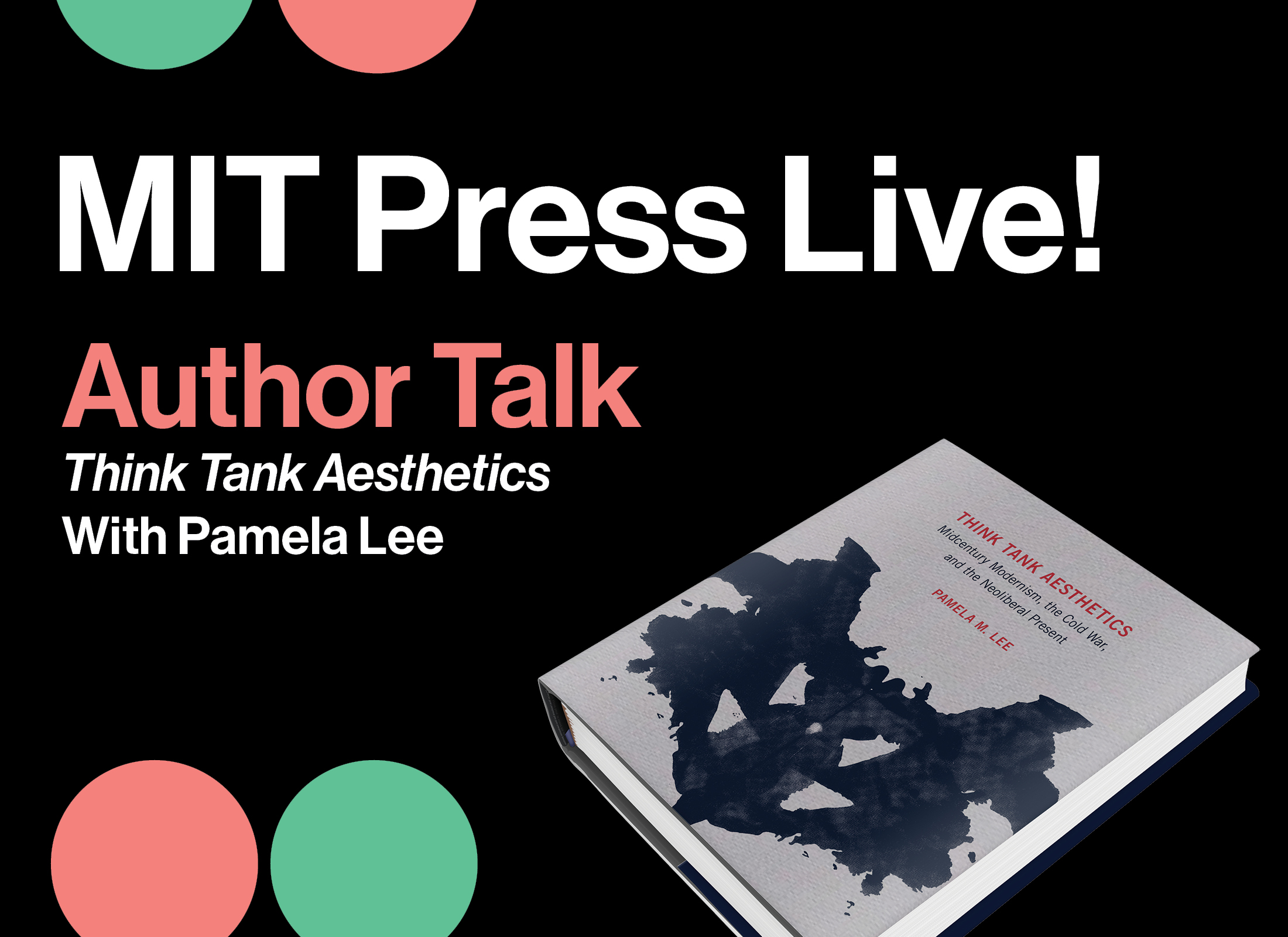 In Think Tank Aesthetics, Pamela Lee traces the complex encounters between Cold War think tanks and the art of that era. Lee shows how the approaches and methods of think tanks—including systems theory, operations research, and cybernetics—paved the way for a peculiar genre of midcentury modernism and set the terms for contemporary neoliberalism. Lee casts these shadowy institutions as sites of radical creativity and interdisciplinary practice in the service of defense strategy. Describing the distinctive aesthetics that emerged from such institutions as the RAND Corporation, she maps the multiple and overlapping networks that connected nuclear strategists, mathematicians, economists, anthropologists, artists, designers, and art historians.

Lee recounts, among other things, the decades-long colloquy between Albert Wohlstetter, a RAND analyst, and his former professor, the famous art historian Meyer Schapiro; the anthropologist Margaret Mead’s deployment of innovative visual aids that recall midcentury abstract art; and the combination of cybernetics and modernist design in an “Opsroom” for the short-lived socialist government of Salvador Allende in 1970s Chile (and its restaging many years later as a work of art). Lee suggests that we think of these connections less as disciplinary border crossings than as colonization of the specific interests of arts by the approaches and methods of the sciences. Hearing the echoes of think tank aesthetics in today’s pursuit of the interdisciplinary and in academia’s science-infused justification of the humanities, Lee wonders what territory has been ceded in a laboratory approach to the arts.

Pamela M. Lee is Carnegie Professor of Modern and Contemporary Art at Yale University and the author of Object to Be Destroyed: The Work of Gordon Matta-Clark, Chronophobia: On Time in the Art of the 1960s, Forgetting the Art World (all published by the MIT Press) and The Glen Park Library: A Fairy Tale (no place press).