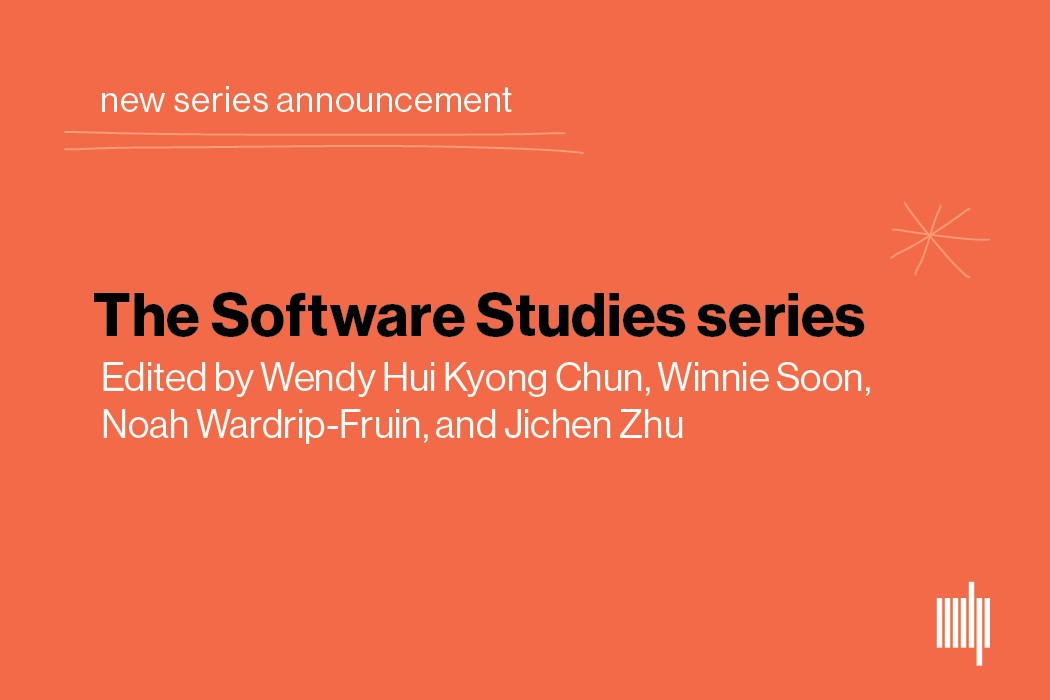 The reshaped series will integrate a wide range of disciplines—from mathematics to critical race theory, from software art to queer theory—to understand the social and cultural implications of software

The MIT Press is pleased to announce the relaunch of the Software Studies series, a book series committed to exploring the vast possibilities, histories, relations, and harms that software encompasses. The revamped series will move beyond broad statements about software and integrate a wide range of disciplines, including mathematics, critical race theory, software art, and queer theory.

A new set of editors—Wendy Hui Kyong Chun, Winnie Soon, and Jichen Zhu—have joined founding editor Noah Wardrip-Fruin to reshape the vision for the series. The revamped series will publish books that focus on software as a site of societal and technical power, by responding to the following questions: How do we see, think, consume, and make software? How does software—from algorithmic procedures and machine learning models to free and open-source software programs—shape our everyday lives, cultures, societies, and identities? How can we critically and creatively analyze something that seems so ubiquitous and general—yet is also so specific and technical? And how do artists, designers, coders, scholars, hackers, and activists create new spaces to engage computational culture, enriching the understanding of software as a cultural form?

“The MIT Press is committed to providing a platform for challenging, provocative, and transformative scholarship that crosses traditional academic boundaries,” says Amy Brand, Director and Publisher, the MIT Press. “The newly formed editorial board will ensure that the Software Studies series continues to publish cutting edge research, while pushing the field in new and exciting directions.”

“Software studies is still so important because software is so nebulous; it touches and reshapes—and is touched and reshaped by—almost everything,” says Wendy Hui Kyong Chun, Professor, Simon Frasier University. “The Software Studies series enables us to think in broad and/or interconnected terms, to move beyond, between, and beside the various layers and programs.”

The Software Studies series was originally launched in 2009, under the guidance of editors Matthew Fuller, Lev Manovich, and Noah Wardrip-Fruin. For over a decade, the series was dedicated to publishing the best new work that tracks how software is substantially integrated into the processes of contemporary culture and society through the scholarly modes of the humanities and social science, as well as in the software creation/research modes of computer science, the arts, and design. Important books published under the tenure of Fuller, Manovich, and Wardrip-Fruin include (among others) Nick Montfort et al.’s collaborative treatise on the single line of code, 10 PRINT CHR$ (205.5 + RND (1));  GOTO 10; Benjamin Bratton’s comprehensive overview of an accidental megastructure, The Stack; and Annette Vee’s argument for a computational mentality in Coding Literacy.

To officially relaunch the series, the editors came together to share their vision of why software studies remains necessary. Read their roundtable discussion, and learn more about the new Software Studies series.