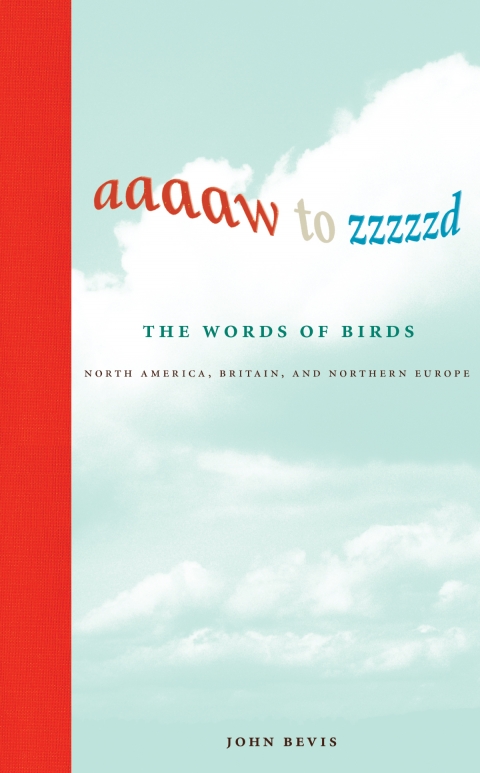 Let’s start at home. I’m in my Shropshire garden, an untidy patch whose lower slopes were last seen pitching into woods somewhere toward the River Severn. The rain stopped a little while ago, and the air’s full of that sweet smell of wet foliage, the hazy patter of water droplets shaking through the hedges, warm moist air lifting off uncut grass. There’s a blue tit on bug patrol, picking over the green pigment of lichen on the dark side of a holly tree. An agitation in the clematis overwhelming the back wall emerges as that little familiar bundle of nerves, a wren. Then a clap in the valley, a wood pigeon slapping the tips of its wings together as it hauls too steeply into the air and, like a toy airplane running out of rubber, stalls and drops into a fast glide toward the far trees. And here’s the possible cause of its abrupt departure, wheeling in over the hilltop, the fretwork silhouette of a buzzard.

I love having birds visit this garden, which puts me square with my neighbor, and my neighbor’s neighbor. Millions of us, in millions of gardens, here in England, across America, in northern Europe, enjoy watching and feeding and recognizing the birds around us. Why? What’s so special about birds?

This special relationship is different from the bond of loyalty we share with our pets and domestic animals, of course. But it seems also distinct from how we rub along with most other creatures. Wild mammals fear us as predators, are wary, often nocturnal, and tend to populate away from human habitation. Some of the creatures we are most likely to encounter close to home—rodents, insects, spiders—are the least likely to enchant us. Cute furry friends, Peter Rabbit and Squirrel Nutkin, are just too familiar, too predictable, to excite us any longer. Butterflies, beautiful and various as they are, do come close to the condition of birds, but their short seasons wear negative connotations— “flighty,” “elusive,” “ephemeral,” or in Joseph Brodsky’s words, “akin to nothingness.” We can’t feel involved in the lives of creatures that have so little history.

But what about birds? Looking down the garden, through the fruit trees planted on the grassy slope across to the overgrown meadow beyond the fence—“Old mining land,” they say, “Not safe to go there”—I think of something straight away. Birds belong in their landscape, and help to defi ne and distinguish one piece of land from another. The blue tit in the holly, the buzzard over the field help me demark the proportions of wildness and domesticity in my patch. Most places on earth have a bird population of one kind or another, and what you know about the birds can crystallize your understanding of the place.

Birds appear in our gardens, without (generally) causing much damage, threatening to spread disease, or to bite us. This advantages them in our favor. And we in our turn can be as impertinent as paparazzi in scrutinizing—with an armory of telescopes, binoculars, and zoom lenses—the most intimate relations of our feathered neighbors, without fear of them setting the dogs, or lawyers, on us.

Most birds have an allowance of allure in color, or shape, or expression. Each to his or her own—for me, nature’s most exquisite color breasts the male bullfinch. I sense an ancient, Zen- like serenity and wisdom in the profi le of the heron, standing stock- still in meditation on frog and fish. And we have a mythology of affection for the shy companionship of the robin redbreast, perching close as it patiently watches our efforts to keep the weeds under control. Different bird types have such characteristic behaviors and virtues—the thuggish and the meek, the loyal and the promiscuous, the sociable and the solitary, the cunning and the duped—as if playactors in an allegory.

The way birds move, on the ground, in the air, within foliage, in each other’s company, we can find curious, amusing, ingenious, marvelous. I love the suave, nonchalant waltzing of the tern, that Fred Astaire of the skies; the wild circus of lapwings performing their rumble-tumble gymnastics; the poker-faced bravado of swifts as they squeal round corners at breakneck speed like TV cops. Birds repay our observation, and we locate feeding tables and baskets, birdbaths, nesting boxes within the vistas of our windows, for their sakes and for ours.

This reminds me: birds have their own architecture too. Nests at their best are models of elegance, resourcefulness, and massive endeavor. What other creature can devise such a beautiful structure? When we fi nd one in a hedge or in a barn we peer in, cautiously, as though trying not to wake a sleeping baby. And sometimes we’re rewarded by seeing that other work of art in the bird’s repertoire, a clutch of eggs. Many species lay eggs with attractive markings; some, such as the song thrush’s “shining eggs, as bright as fl owers, ink- spotted over shells of greeny blue” in John Clare’s words, are objects of pure beauty.

Birds’ behavior patterns the days and the seasons with an intensity that we ourselves no longer possess. Perhaps we no longer possess it because we have no need, but we feel glad that birds are, to our eyes at least, so patently buoyed by dawn and by spring, bored by afternoon and summer, wistful at evening and in autumn.

Because they can fl y and we can’t, birds are our metaphor for the spirit of freedom; for having no mortgage, no need to pay bills nor to answer junk phone calls. They are the childhood we never had, the life in which we meet each little threat, each little discomfort, by flapping our arms, calling “Cheerio!” and fl ashing out of sight, away, forever.

Something else which occurs to me is the happy distribution of the species. Beyond those familiar species we know and love are further, less familiar types seen from time to time; rarer birds we would count ourselves lucky to see; and further still, obscurities we are unlikely ever to encounter, to recognize, or to name. This beguiles us, draws us in, impels us to seek out the secretive and nocturnal species around us, the occasional summer visitors, the off- course migrants. We want to see more and more, learn more and more, because we are enticed by these fortuitous spreads of populations, frequencies of encounters, possibilities of discoveries.

And here’s a curious thought. This rule of “happy distribution” seems to apply to more than species populations. For example, we can say there are some few birds, such as the house sparrow in brown darned with gray, which are plain dull; a sliding scale of greater or lesser attractiveness for most species; and then those occasional exquisites, such as the hoopoe or the tanager. And we can apply that same general rule, apparently, to such qualities as the ability for acrobatic flight, the beauty of nest and eggs, and that other charm we haven’t yet considered, the song. Always a spectrum, spanning conditions that begin and end with exceptions. Nature shoots with an imperfect eye: many near misses, some shots off target, the occasional bull’s-eye.