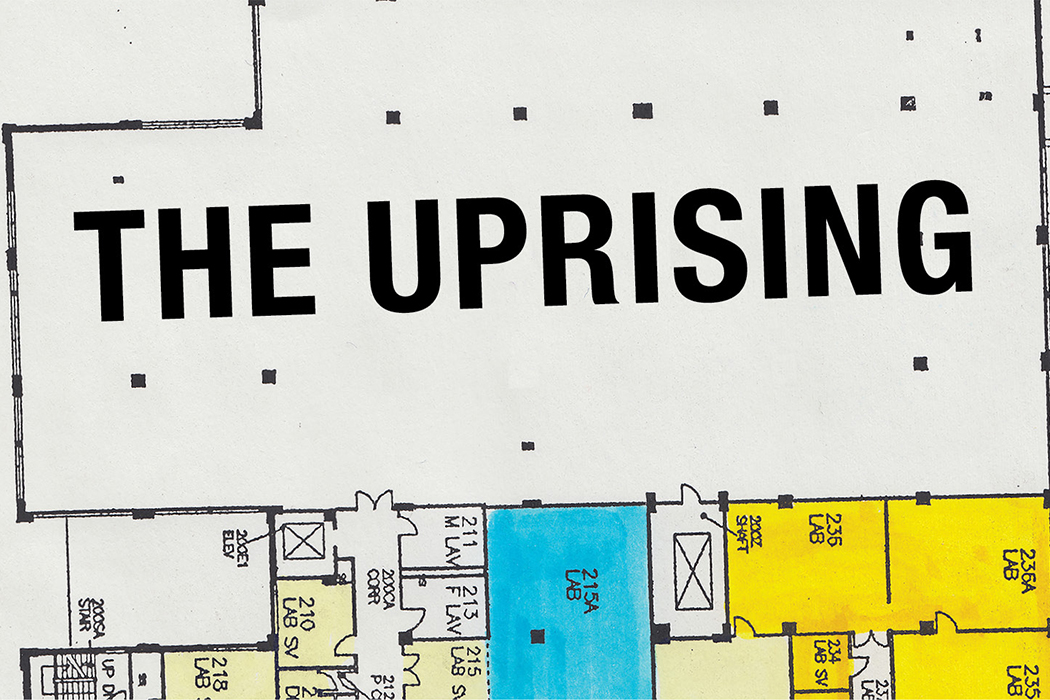 Produced in collaboration with the MIT Press, the film examines gender bias in academic science in the 1990s and features interviews with leading scientists, including biologist Nancy Hopkins

The MIT Press today announced the digital release of The Uprising, a documentary short about the unprecedented behind-the-scenes effort that amassed irrefutable evidence of differential treatment of men and women on the MIT faculty in the 1990s. Directed by Ian Cheney and Sharon Shattuck, the openly distributed film will premiere at 10:00 am today, October 14, on the MIT Press’s YouTube channel.

A 13-minute documentary, The Uprising introduces the story behind the 1999 Study on the Status of Women Faculty in Science at MIT. Featuring biologist Nancy Hopkins, the film chronicles the experiences of marginalization and discouragement that accompanied Hopkins’ research and highlights the steps a group of sixteen women faculty members took to make science more diverse and equitable. The MIT report is today widely credited with advancing gender equity in universities both nationally and internationally.

This ripple effect is highlighted in the film by Nancy Hopkins, who says, “Look at the talent of these women. This is what you lose when you do not solve this problem. It’s true not just of women, it’s true of minorities, it’s true of all groups that get excluded. It’s all of that talent that you lose. For me, the success of these women is the reward for the work we did. That’s really what it’s about. It’s about the science.”

The Uprising was funded by a grant from the Alfred P. Sloan Foundation, as well as support from Nancy Blachman and an anonymous donor.  The film was produced by Manette Pottle, in collaboration with the MIT Press. Amy Brand, director and publisher at the MIT Press, served as executive producer.

Watch The Uprising at https://www.youtube.com/watch?v=XhH9Gdi4WAY.

Director Ian Cheney is an Emmy-nominated & Peabody Award-winning documentary filmmaker. He has completed ten feature documentaries, including King Corn (2007), The Greening of Southie (2008), The City Dark (2011), The Search for General Tso (2014), Bluespace (2015), The Most Unknown (2018), The Emoji Story (2019),  Thirteen Ways (2019), and The Long Coast (2020). He received bachelor’s & master’s degrees from Yale University, and an MFA in Film from the Vermont College of Fine Arts. A former MacDowell Fellow & Knight Science Journalism Fellow at MIT, he lives in Maine.

Director Sharon Shattuck is an Emmy-nominated documentary film director and podcast host. Her feature debut, From This Day Forward, broadcast nationally on POV (PBS) in 2016 and was a New York Times Critic’s Pick. She’s the co-host of the podcast Conviction: American Panic from Gimlet/Spotify, and the co-creator of the New York Times Op-Docs science series ‘Animated Life.’ Her work has appeared on PBS, National Geographic Channel, Netflix, Slate, Vice, The New York Times, The Atlantic, ProPublica, Spotify, and Radiolab. She has degrees in forest ecology and journalism.

Executive Producer Amy Brand is Director and Publisher of the MIT Press. She received her doctorate in cognitive science from MIT and has held a number of positions in research communications, publishing, and information access at MIT, Digital Science, and Harvard University. She co-founded the Knowledge Futures Group and currently serves on boards for several organizations including the International Science Council, Creative Commons, the Royal Society of Chemistry, the Coolidge Corner Theatre Foundation, and the National Academies of Science, Engineering and Medicine.

Producer Manette Pottle is a documentary film producer. Her first feature film, Behold The Earth, with director David Conover, frames a multi-generational conversation between science and religion about the fate of our planet, and is distributed theatrically by Aspiration Entertainment. She has also produced over a hundred short films for travel and lifestyle platforms. Prior to film production, she produced the Camden International Film Festival, a documentary film festival in Camden, Maine.