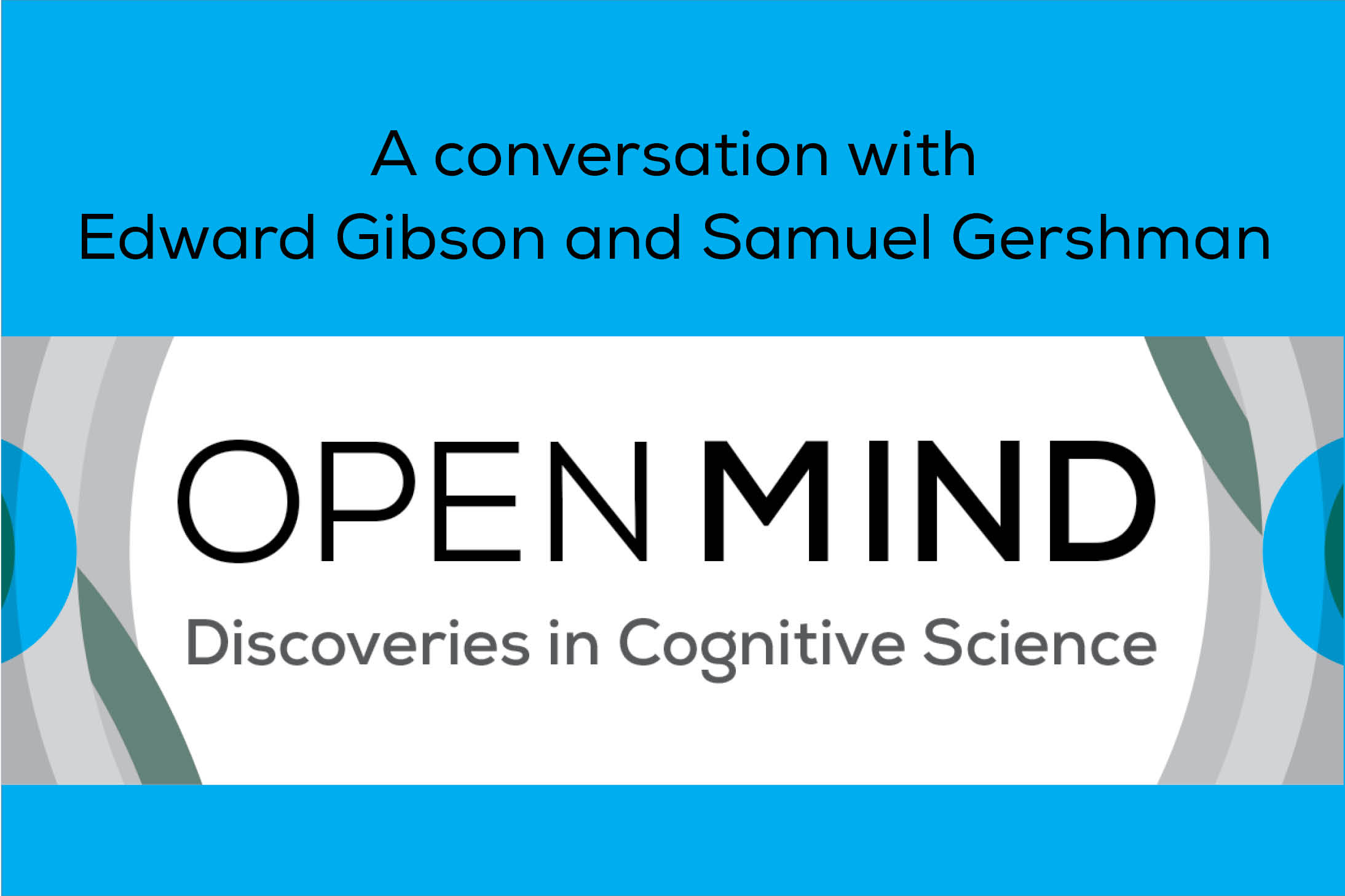 Since opening for submissions in 2017, Open Mind—an MIT Press journal in the field of cognitive science—has worked hard to build a reputation as a venue for rigorous, innovative scholarship in the field, all while maintaining fast turnaround times for authors.

As the journal enters its fifth year, the editors of Open Mind (Edward “Ted” Gibson and newly-named coeditor as of July 2022, Samuel Gershman) announced a major change to the publishing structure as they removed article processing fees for authors. With this change, they hope to encourage more submissions to the journal and to aid researchers in getting their work published in a more accessible way. We recently spoke to Gibson and Gershman to learn more about the new policy and what it means for the journal.

Read on below and learn more about Open Mind.

The MIT Press: You recently removed your article processing fee for scholars submitting work to your journal. What was the impetus behind this shift?

Edward “Ted” Gibson and Samuel Gershman, Open Mind: The field of cognitive science has been growing rapidly since its inception in the 1970s. One of the pioneering journals is Cognition, which started in 1975. The field’s most popular journals—such as Cognition, Cognitive Psychology, and Trends in Cognitive Sciences—are published by profit-based publishers.

Dick Aslin started Open Mind in 2017 as an answer to these for-profit journals, who mostly publish subscription-based articles. Dick wanted an open access journal (inline with the MIT Press), so that anyone could get access to the printed material for free. Ted took over as editor in 2020 and Sam has just joined as coeditor in July of 2022.

Although researchers definitely prefer open access to subscription-based publishing, we have seen a hurdle in the form of costs associated with publishing open access. Even though our open access charge was very low, we think that this was a major deterrent to cognitive science researchers who don’t want to pay anything to get their research published. Rather than pay a charge, they would generally prefer to post their articles on a free-access server (like psy-archive) and also to a subscription-based journal, and not worry about the differences between the final article and the free-access archived paper. As a result, researchers didn’t submit much to Open Mind over the previous few years. We think they simply didn’t want to pay to get their research published.

Consequently, we talked to the MIT Press about reducing our costs substantially, and charging nothing for open access publishing. This meant that we no longer have any editorial assistants or copy editors, and the Press is picking up the remainder of the costs (like those associated with running the submission system). The loss of administrative assistants can be dealt with; it just means a little more work for the both of us.

The loss of copyediting is an interesting discussion point. Although publishers generally think that there is a large value in such services, researchers are more dubious. We will see how the experiment goes for the first few years with no copyediting.

We are optimistic that these changes will lead to many more submissions to Open Mind, and we hope that the rate of submissions will grow much more over the coming months.

The MIT Press: This change harmonizes with Open Mind’s mission of providing affordable open access publishing and transparency for authors. What does it mean to you, as a journal, to lower the barriers to entry?

Open Mind: We are opposed to profit-based publishers owning our content. We want to bring the research back to the community. The researchers do the work; they pay for it; they should own it. Most researchers in cognitive science feel this way. We hope we can provide them a venue for their work.

The MIT Press: What impact do you hope this will have on the scholarship submitted to Open Mind?

Open Mind: We think we should get many more submissions. That is certainly our hope.

The MIT Press: What advice do you have for scholars looking to publish in Open Mind under this new policy?

Open Mind: Our advice is to not be shy. Please write to us if you have any questions about whether your paper might be appropriate for Open Mind. We are both connected 7 days a week, 365 days per year, and so we will answer fast.

The MIT Press: What comes next for Open Mind?

That’s where Sam comes in: Sam has broad research interests and connections in all of cognitive science, computer science and neuroscience. By bringing Sam on as co-editor, we are hoping researchers from many more domains within cognitive science will see the journal as a good place to report their projects. To get the ball rolling, Sam has invited some researchers to contribute to special issues in these areas that are currently under-serviced by Open Mind. We hope that having these special issues will increase the domain of future submissions.

We are optimistic that we can get to hundreds of submissions within the next couple of years—but ask us then to see if we achieve our goal.