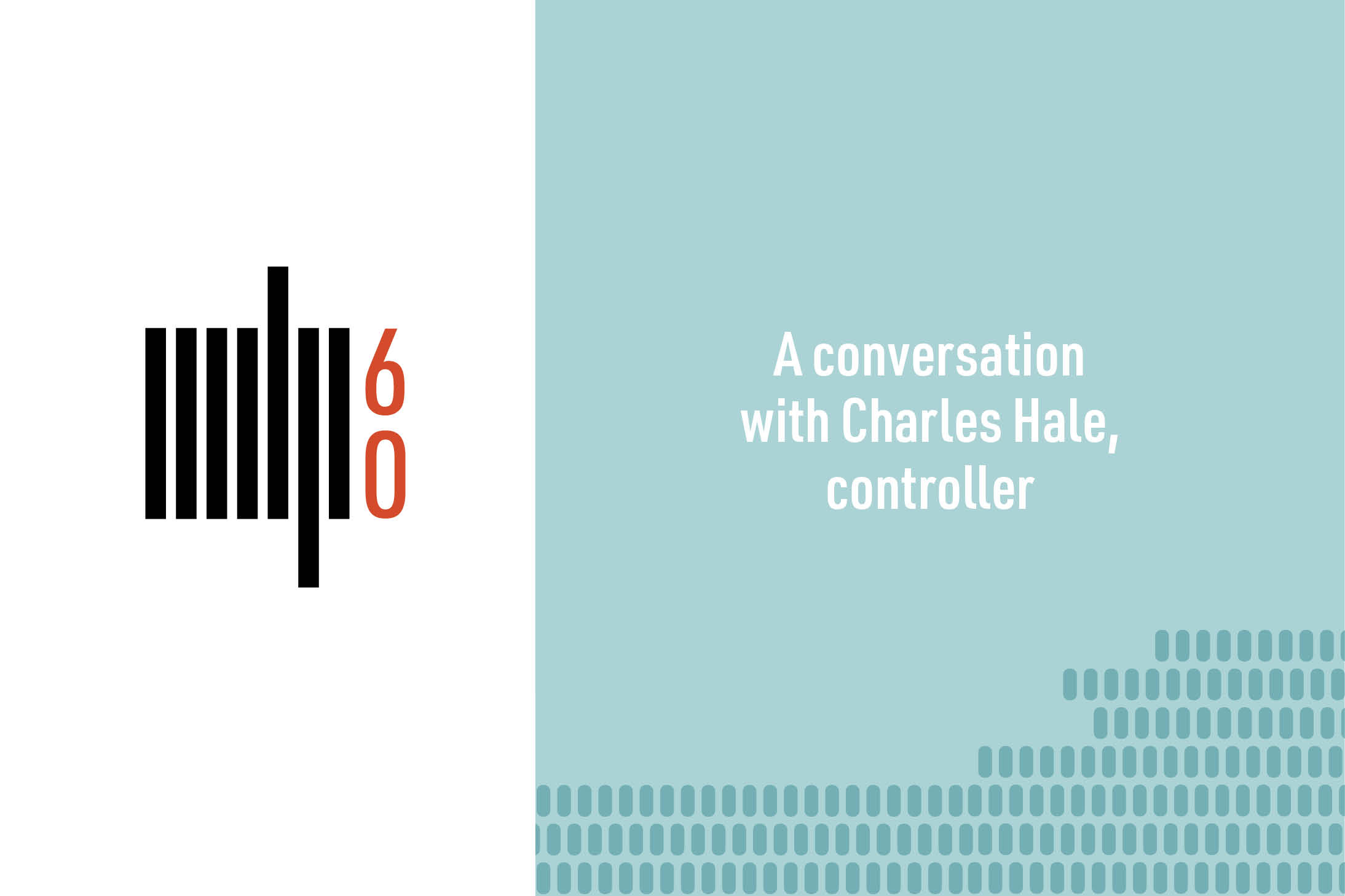 Charles Hale, controller at the MIT Press, discusses his career at the Press from 1975 onward

To celebrate 60 years of the Press, we are highlighting just a few of our long-time staff members, including controller Charles Hale. Hale began as a college co-op intern at the Press in 1975, and oversaw periods of rapid change within the organization—including the groundbreaking shift in his work that coincided with the first fax machine at the Press. Read our conversation with Charles below, and explore our 60th anniversary website to read well-wishes from friends and supporters of the Press.

The MIT Press: When did you first start working at the Press?

Charles Hale: I started at the Press as a Northeastern co-op student in 1975. I was hired by the credit and collections manager to pull microfilm copies of invoices off a microfilm reader. Later I was transferred to accounts receivable. I had a short stint over at the MIT Libraries, then came back to the Press to work with the accounting manager calculating royalties, then credit and collections manager. I had that job until 2000, and from then on I’ve been the accounting manager and controller. Controller is basically just a fancy name for accounting.

The MIT Press: How has your job shifted over the years?

Charles Hale: When I first started as an intern, I would hand-calculate all our royalties to determine what we had to pay our authors. With cash applications, too, we used to have to write computer coding on a physical card which was then coded in by a key punch person; now that’s all done digitally. I can’t even remember how I used to do everything by hand.

At the end of each fiscal year, too, we used to have to do all our calculations on ledger paper. We would bring our ledgers across the street over to MIT’s accounting department, where they would enter the information into their computers. Whenever they found a mistake, they would bring our ledgers back and we would have to re-write everything manually. Closing the year used to take two months that way. Now it takes about 10 days—not just the Press, but the entire Institute’s financials are closed in the span of less than two weeks.

I remember when they brought the first computers into the Press—or in credit and collections, when we got a fax machine. It was such a huge change for us because previously, we would contact vendors who hadn’t paid invoices, and they would often say that they hadn’t ever received one. Once we had a fax machine, we would say to them, “Oh, you don’t have the invoice? We’ll fax it to you.” And that was that.

The MIT Press: What is your fondest memory of your time at the Press?

Charles Hale: I always think back to the first five or so years when I worked at the Press, when Frank Urbanowski (former director of the Press) came on board. It felt like a start-up in those days. We would have parties in the conference room every month when we hit our budgets.

Since then we’ve become more established, and more well-known. I’ve never wanted to be in a corporate environment—but I like MIT; I like the academic feel. Now in our new offices at One Broadway and with the new Bookstore location, we’re in the center of things. It’s an exciting space.

Charles Hale: Oh, I have a few. One of them is Images of an Era, a book of posters from 1975 that we published in conjunction with the National Collection of Fine Arts. It was a big deal at the time because we received a big grant to publish it.

One of my other favorite books is H.E. Edgerton’s Moments of Vision. I also love our series of “wild” books—like Wild Malaysia, Wild South Africa, or others in that series. Another favorite of mine is Mapping Boston.

The MIT Press: What do you look forward to over the next 60 years of the MIT Press?

Charles Hale: I hope we’re still leading, rather than following. We’ve always been at the cutting edge and trying new things, so I hope that continues.

More generally, I hope presses are still relevant. I know e-reading is becoming bigger, but there’s still something so special about holding a book in your hand. There’s so much creativity here, and so many interesting people to meet. That’s what’s wonderful about working in publishing.