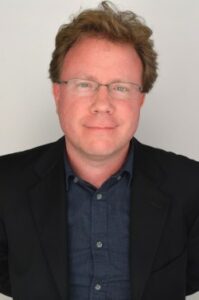 Since joining the Press in the fall of 2009, Philip has acquired textbooks, trade books, reference works, and scholarly monographs for MIT's philosophy, cognitive science, bioethics, and linguistics lists. He believes the most compelling books are inherently interdisciplinary and loves working with authors — particularly first-time book authors — who attempt to build bridges between the sciences and the humanities. This outlook is reflected in his publications at The MIT Press, which cover topics ranging from consciousness, evolution, language, memory, creativity, and artificial intelligence to art, dreams, free will, madness, morality, religion, time, and death. Phil can be reached at laughlin@mit.edu and his Twitter profile is @PhilipLaughlin.

Sources of Power, 20th Anniversary Edition: How People Make Decisions by Gary A. Klein, Drawing Physics: 2,600 Years of Discovery From Thales to Higgs by Don S. Lemons, Late-Talking Children: A Symptom or a Stage? by Stephen M. Camarata, The Rationality Quotient: Toward a Test of Rational Thinking by Keith Stanovich, Richard West, and Maggie Toplak, The Philosophy of Language: The Classics Explained by Colin McGinn, Becoming Fluent: How Cognitive Science Can Help Adults Learn a Foreign Language by Richard Roberts and Roger Kreuz, How Things Shape the Mind: A Theory of Material Engagement by Lambros Malafouris, Feeling Beauty: The Neuroscience of Aesthetic Experience by G. Gabrielle Starr

How to Talk to a Science Denier

Conversations with Flat Earthers, Climate Deniers, and Others Who Defy Reason

Algorithms Are Not Enough

The Evolution of the Sensitive Soul

Learning and the Origins of Consciousness

The Ancient Origins of Consciousness

How the Brain Created Experience