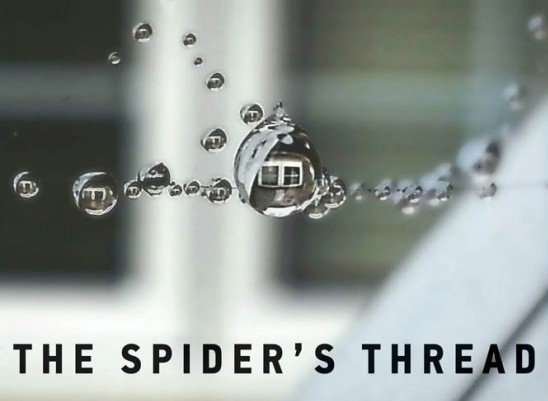 April is National Poetry Month. In celebration, psychologist and poet Keith J. Holyoak examines how metaphor in poetry as a microcosm of the human imagination can become a better way to understand the mechanisms of creativity. His new book, The Spider’s Thread: Metaphor in Mind, Brain, and Poetry, is on sale now.

Suppose you wanted to exercise the parts of your brain that underlie language and thought. And emotion. And music. And that generate internal reward signals. And you wanted to trigger all of these brain regions simultaneously. What would you do?

If you’re looking for a high-tech solution, you’ll have to wait for the right sort of neural “brain training” intervention to be invented. But there’s an easier way—pick up a book of poetry and start reading—out loud if you like. The rhythms of poetry trace back to oral traditions that predate written language, to the magical incantations of shamans. The poet and critic Dana Gioia likens deep engagement with poetry to entering a state of enchantment.

In my new book The Spider’s Thread: Metaphor in Mind, Brain, and Poetry, I draw connections between poetry as viewed by poets and by scientists. In fact, drawing connections is what poetry is all about. The book’s title was inspired by Walt Whitman’s poem “A Noiseless Patient Spider”, in which he describes the spider’s lonely labors:

Ever unreeling them, ever tirelessly speeding them.

The spider, we soon discover, is a metaphor for the poet’s own soul, striving to somehow make a connection with the world. A poem marks the effort by one conscious being to connect with the consciousness of others. In The Spider’s Thread I argue that the scientific investigation of literature, particularly the role of metaphor in poetry, occupies a rich borderland between the humanities and science that deserves to be explored more deeply. Poetry is not only of interest in its own right, but also serves as a microcosm of human creativity.

Poetry arose thousands of years ago as an oral tradition in diverse cultures around the world, including societies that flourished across Europe, Africa, the Middle East, China, India, and New Guinea. A near-universal aspect of poetry is meter—repeated patterns of major beats, a stylized extension of the rhythms of speech. And rhythm is basic to life. It finds expression in all sorts of activities of the body, from breathing to sex. Rhythmic brain activity creates neural codes for visual and semantic patterns. Listening to metrical music helps elderly dementia patients recall memories from decades past.

One of the intriguing aspects of rhythmic poetry is that it sometimes leads the mind into a borderland between conscious and unconscious mental life. The great French novelist Victor Hugo described a state in which something within is falling asleep, and something is awakening. This idea fits well with recent findings from modern research on the neural responses to poetry, a field that the neuroscientist Arthur Jacobs has dubbed neurocognitive poetics. In addition to regions that support language, two very general brain networks seem to work together in poetic creative activity. One is the control network, which comes into play when we are thinking hard. The second is the default network, so called because it seems to be engaged by default when a person is not working on any specific, attention-demanding task. Neuroscientists used to think that the default network was basically the mind in idle, but now it’s viewed as something much more interesting. This network seems to be busily engaged in thinking about one’s self and its emotional reactions, one’s relationships with other people, and things that have happened or might happen in one’s own life—in other words, the things we usually care about. This is the mind turned inward, not attending to the immediate surroundings, to the here and now. Instead, the default network often appears to engage in mind-wandering.

The control and default networks might seem to act in opposite ways—thinking hard versus letting the mind wander. But in fact, there is reason to believe the two networks sometimes work in concert—creative mind-wandering can be hard work. The control network can help to protect the default network from unwanted intrusions by current reality. A kind of sophisticated mind-wandering may often spur the development of new ideas. Edgar Alan Poe claimed, “Those who dream by day are cognizant of many things which escape those who dream only by night.” The image of the poet wandering about lost in thought, often outdoors in the midst of nature, is a familiar one. In fact, experiments have shown that walking outdoors stimulates creativity. This simple rhythmic activity can help the mind to wander in creative directions.

Poets throughout the ages have viewed their creative work as an expression of human imagination. And imagination is itself a product of the human brain. As we learn more about how the brain creates poetry (and art, music, and science), we may find deeper meaning in the title of a poem by Emily Dickinson: “The Brain is Wider than the Sky”.

Keith J. Holyoak, Distinguished Professor of Psychology at the University of California, Los Angeles, is a psychologist and poet. He is the coauthor or editor of a number of books on cognitive psychology and has published three volumes of poetry.