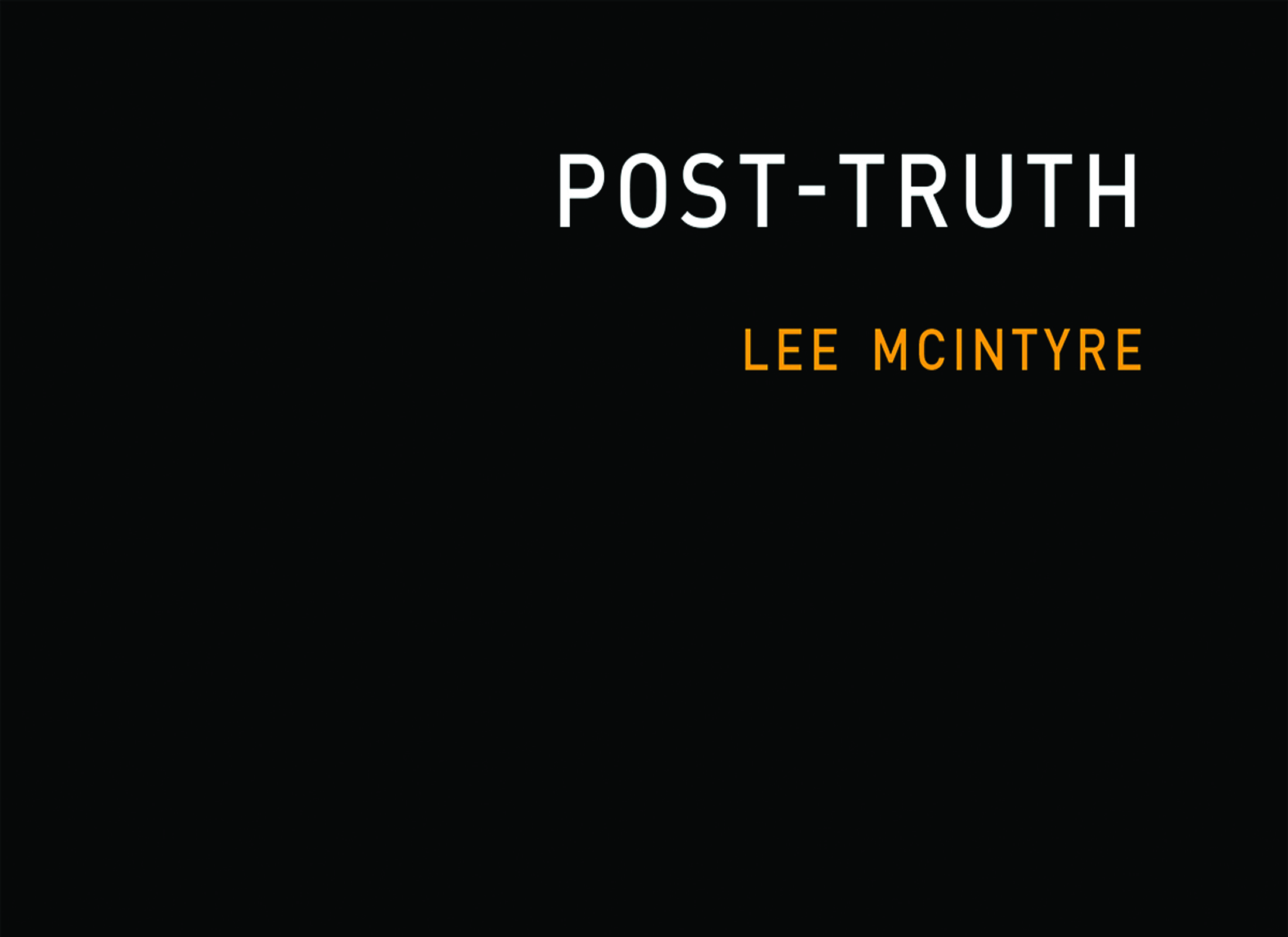 In my book Post-Truth from the MIT Press Essential Knowledge Series, I put forward the idea that we are now living in a post-truth era. This does not mean that truth does not matter. Instead, it means that we are living in a time in which there are far too many people—especially in positions of power—who lie about or ignore reality while paying no political price whatsoever. Whether it is a matter of individual conviction, or trying to get someone else to agree, post-truth is a phenomenon whereby one cares less about facts and evidence than about opinion and feelings in the formation of personal beliefs.

There should be little doubt that we currently live in such an era. From Kellyanne Conway’s pronouncement of “alternative facts” about the size of Trump’s inauguration to Rudy Giuliani’s more recent “truth isn’t truth” assertion regarding the Mueller investigation, one understands that truth is under attack by the Trump administration. It remains to be seen whether there will be any long-term consequences for this, but so far Trump’s congressional and public support has remained steady, despite growing concern that—as in George Orwell’s 1984—assault on truth may be the first step toward authoritarian rule.

Yet there are deniers aplenty, not just of facts but also of the fact of post-truth.

Brian Stelter, whose CNN show “Reliable Sources” has sounded a drumbeat of concern over Trump’s lying and the responsibility of journalists to hold him accountable, has refused to buy into the idea that post-truth is real. Why? Because, according to one of his recent tweets, “… a country is only ‘post-truth’ if its citizens give up. I see the opposite happening.”

This is not only bad punditry, but also bad philosophy. To say that we are in a post-truth era does not mean that no one believes in truth; it means that despite the fact that millions may care about truth, we feel helpless watching the standards of truth and accountability erode before our eyes, as Trump and his minions assert with impunity that illegal immigration is at an all-time high (when it isn’t) or that American tariffs will be paid by foreign citizens (rather than our own).

In a recent interview in Vox entitled “Does America Have a Post-Truth Problem?” philosopher Simon Blackburn argues—on grounds similar to Stelter—that “we can never really be post-truth.” But this is absurd. It is like saying that the USA could not possibly have a crisis with police brutality because so many Americans are concerned about police brutality. Post-truth represents a cultural shift. It is an alarm call that the truth is in danger, not a pronouncement that the battle for truth is over.

In this, one should accept the fact that truth is threatened not just by those who deny it, but also by those who refuse to take truth denial seriously, and so abet the deniers by claiming there is little to worry about so long as some of us are fighting back.

Informal logic teaches the “fallacy of division,” which occurs  when someone assumes that because a thing is true of the whole, it must be true of all its members. For example: “The USA is the richest country in the world, therefore all of its citizens must be rich.” By elementary logical syntax, one realizes that an equivalent way of saying this is “if there are some Americans who aren’t rich, then the USA couldn’t be the richest country in the world.” Yet doesn’t this strike a chord with the claim that “if there are still some people who value truth, we couldn’t possibly be living in a post-truth era”?

Truth can be threatened despite the fact that many of us believe in it. We should not deny facts, truth, and reality, but neither should we deny the threat to facts, truth, and reality posed by those who would subvert truth for political purposes. Indeed if we refuse to take the denial of truth seriously—if we deny the deniers—can we really be said to have cared about truth in the first place?

Lee McIntyre is a Research Fellow at the Center for Philosophy and History of Science at Boston University and a Lecturer in Ethics at Harvard Extension School. He is the author of Post-Truth (MIT Press, 2018).