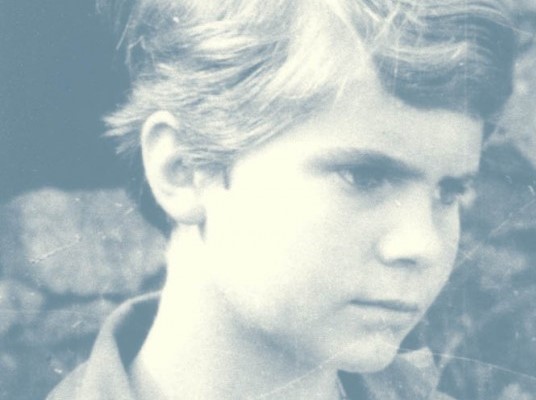 “Love is giving something you don’t have to someone who doesn’t want it.” Such was one of Jacques Lacan’s more memorable definitions. One may well wonder what a relationship with the man who formulated such a concept might have been like. Sibylle Lacan provides some perspective on the matter in her memoir of her father, in which she also poses a more fundamental question: what is a father? But seeing her book into its English edition raised different questions for me: what is the role of an acquisitions editor? How does one separate personal taste from professional duty when performing that role?

Already a fair number of questions for a slim book, and I can say with confidence that I am unable to answer any of them with confidence. Good questions aren’t designed for answers, of course; they identify problems, and for what it is worth, my decision to see through an English translation of this book identified something for me.

I first read Un pére: Puzzle some fifteen years ago—already a decade after its original publication in French, and after it had already been licensed and published in a number of other languages. The primary reasons for publishing it in English are obvious: Jacques Lacan is, after Freud himself, the most important figure in psychoanalysis of the twentieth century, and any first-hand presentation of him and his life, let alone by one of his children, is going to be of interest. The MIT Press itself has a series devoted to Lacanian studies edited by several Ljubljana Lacanian School figures, and other such publications form a natural backdrop to any book on Lacan in our catalog. Argument made.

It was my own graduate school years, though, that formed my personal backdrop to reading the book. I once had Lacanian colleagues: Lacan’s infamously opaque diagrams graced their office doors (such as the one in which jouissance appears to throw castration a touchdown pass) and my good Lacanian friend never failed to inform me when I had a big “H” (for hysteria) engraved upon whatever might be aggrieving me. But while he did also more helpfully advise me to “name my desire” (it would take me another addled decade to manage it), I could never quite shake the feeling that I had friends in a cult. Except that unlike members of a cult (whose formation is typically premised on the promise of happiness), the ones I knew were all openly miserable. While in retrospect this undoubtedly played a role in our enjoying each other’s company, I did at the time take it as a potential clue as to why Lacanian studies were housed in the Department of English rather than Psychology.

I believe life ultimately exceeds language, and that academic fanaticism operates as if the opposite is true. In my own experience, I have encountered a few types of such fanatics in academe, each dwelling in the shadow cast by one of three individuals: Marx, Shakespeare, and Lacan. Impressive company, any way you slice it, but first reading Sibylle Lacan’s memoir described for me, in heartfelt words, some of the troubled waters to the latter’s particular life beyond the language.

I was not acquiring books for The MIT Press at the time, though, and it was only upon discovering a few years ago that the estimable Adrian Nathan West had translated portions of the book that I returned to it to refresh my memory. I knew a bit more about Lacan on my second reading. I could see how a Lacanian might approach his daughter’s text: how Lacan’s concept of the “name of the father” injects a interesting note into his daughter’s memories; how his linchpin formulation of desire as the relation to a “lack” of being raises disquieting parallels to his different forms of absence from the life of his last child from his first marriage—in essence, how one can complicate the edges of what Sibylle Lacan designates as the “puzzle pieces” of her text. But assembling them that second time around didn’t produce the portrait of Lacan I had seen the first time, but rather a sense that as much was going on between the pieces as within them. And knowing that she had written a second book (another memoir, this time of her mother), I went online for information about that.

This has been my roundabout way of explaining how I came to discover that, in between my two readings, Sibylle Lacan had committed suicide.

In honor of unassembled puzzles, and respecting the silent spaces that lay between those pieces, I am inclined to leave it at that. But perhaps my point could be summarized as follows. At the MIT Press, we generally break down our books into two categories: books that advance knowledge (what can roughly be designated as our “professional” list), and books that synthesize knowledge (what usually constitutes our “trade” list for a more general readership). Something in all of this led me to start thinking about a third group: books that complicate knowledge. And what can (perhaps should) complicate knowledge are the voices to be found behind it.

Sibylle Lacan (1940–2013) was Jacques Lacan’s second daughter from his first marriage. A translator of Spanish, English, and Russian, she followed A Father with a book devoted to her mother (Points de suspension).

Marc Lowenthal acquires books for the Linguistics and Language list at the MIT Press. Although the list has been historically focused on professional monographs in the field of theoretical linguistics by both established names as well as new and developing scholars in the field (which will continue to be a focus), he is currently seeking to expand the presence of both trade titles and textbooks on the list. He also handles some of the distribution publishers under the MIT Press umbrella, such as Semiotext(e), Zone Books, and Goldsmiths Press, and is interested in bringing in other such likeminded entities into the fold for North American and International distribution.