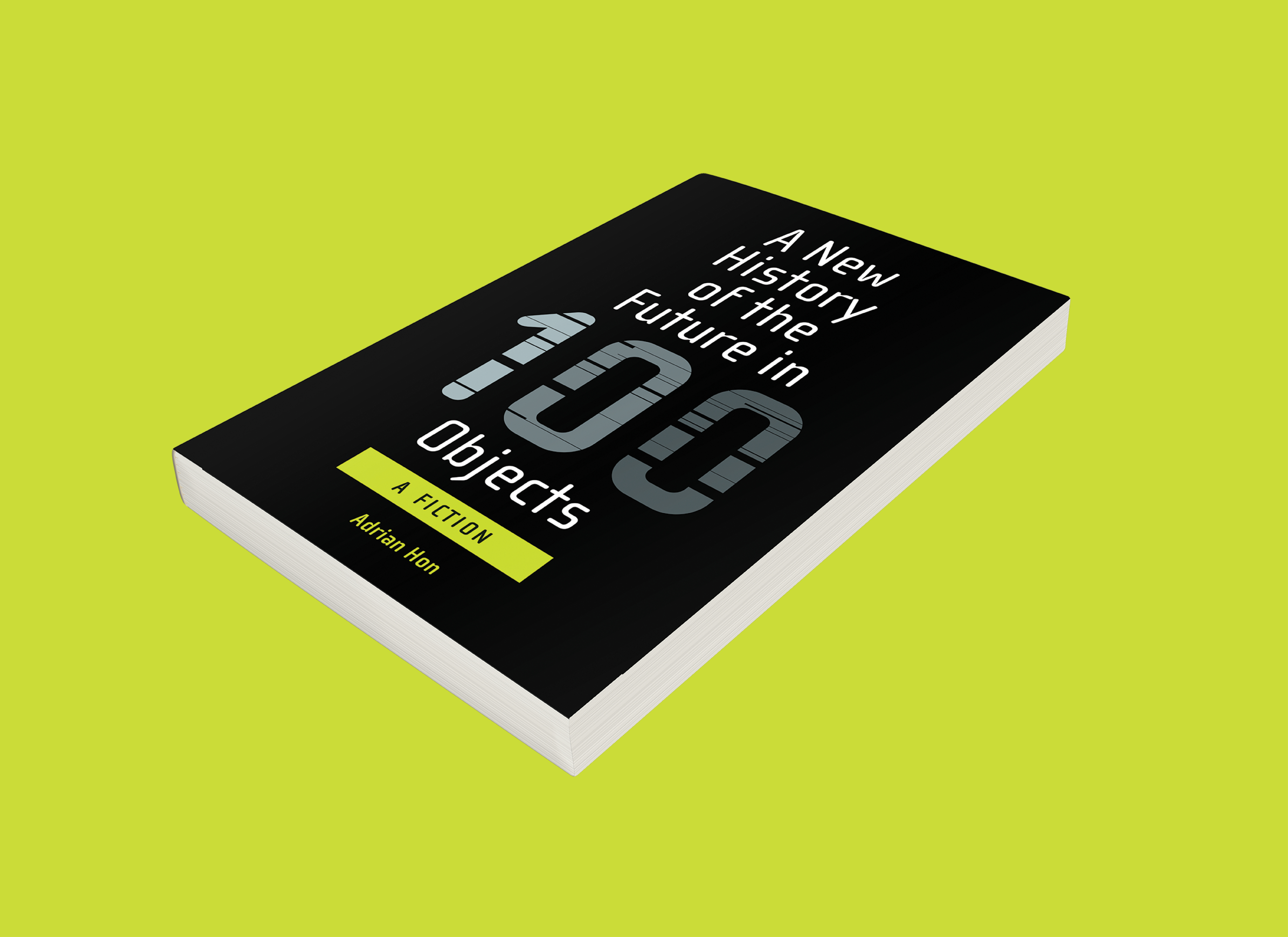 Imagining the history of the twenty-first century through its artifacts, from silent messaging systems to artificial worlds on asteroids

This week, the MIT Press published Adrian Hon’s A New History of the Future in 100 Objects: A Fiction. The book imagines the history of the twenty-first century through its artifacts, from silent messaging systems to artificial worlds on asteroids. Adrian Hon, CEO and founder of the London-based game design company Six to Start, constructs a possible future by imagining the things it might leave in its wake. In its review, Publishers Weekly writes that “futurists and science fiction die-hards will delight in this impressive feat of imagination.”

Read the introduction below and learn more about A New History of the Future in 100 Objects.

Why write a history of the twenty-first century? Now that we’ve reached the end of the century, it may seem foolhardy for a mere human to attempt to analyze the data at our disposal. After all, we’re awash with information from every corner of the world, covering every second of the century. A thousand detailed histories of individuals and systems can be generated at the snap of a finger. And yet I believe that our century, as it draws to a close, demands not that we look at just the big picture but at the small details on the scale at which human lives are lived. This has been an extraordinary epoch in the story of humanity.

Every century is extraordinary, of course. Some may be the bloodiest or the darkest; others encompass momentous social revolutions, or scientific advances, or religious and philosophical movements. The twenty-first century is different. It represents the first time in our history that we have truly had to question what it means to be human. It is the stories of our collective humanity that I hope to tell through the hundred objects in this book.

I tell the story of how we became more connected than ever before, with objects like Babel, silent messaging, the Nautilus-1, and the brain bubble— and how we became fragmented both physically and culturally with the Fourth Great Awakening and the biomes.

With the Braid collective, the Loop, the Steward medal, and the rechartered cities, we made tremendous steps forward on our long pursuit of greater equality and enlightenment—but the locked simulation interrogations, the Sudan–Shanghai Letter, the Collingwood meteor, and the downvoted all showed how easy it was for us to lapse back into horror and atrocity.

We automated our economy with the UCS Deliverbots, the mimic scripts, the negotiation agents, and the old drones, destroying the entire notion of work and employment in the process. And we transformed our politics with Jorge Alvarez’s presidential campaign and the constitutional blueprints.

Not satisfied with the trifling benefits of smart drugs and Glyphish, we transformed ourselves even further and faster. The amplified teams, Miriam Xu’s lace, the javelin, and the posthumans demonstrate how Homo sapiens became something very different—and not always in the way we intended.

With our new-found abilities, we left our mark in streets and buildings and oceans and mountains all over Earth, as well as on the moon, Mars, a thousand asteroids, all over the system, and even further beyond. We did what humans do: we transformed the world. And in what will surely be our most memorable feat, we created new forms of life.

Not all of the hundred objects are physical. Some stories were best captured through the software and data that began to govern our lives or through memories and impressions. Where appropriate, I have collected and transcribed those objects for this book.

The future remains as murky as it ever has. Yet we can be certain of one thing: the next century will not be ours. It will belong to our creations, and only if they understand our achievements and our tragedies in this most swift of centuries can we hope that they will improve the next.

This book is not the history of the twenty-first century; it is only a history, and a hundred objects can only tell a fraction of our stories. Some we can be proud of. Others we might prefer to forget. My goal is that this book will give our successors some useful knowledge, some insights, or at least some amusement.

Excerpted from Adrian Hon’s A New History of the Future in 100 Objects: A Fiction. Reprinted with permission from the MIT Press. Copyright 2020.

Learn more about A New History of the Future in 100 Objects: A Fiction