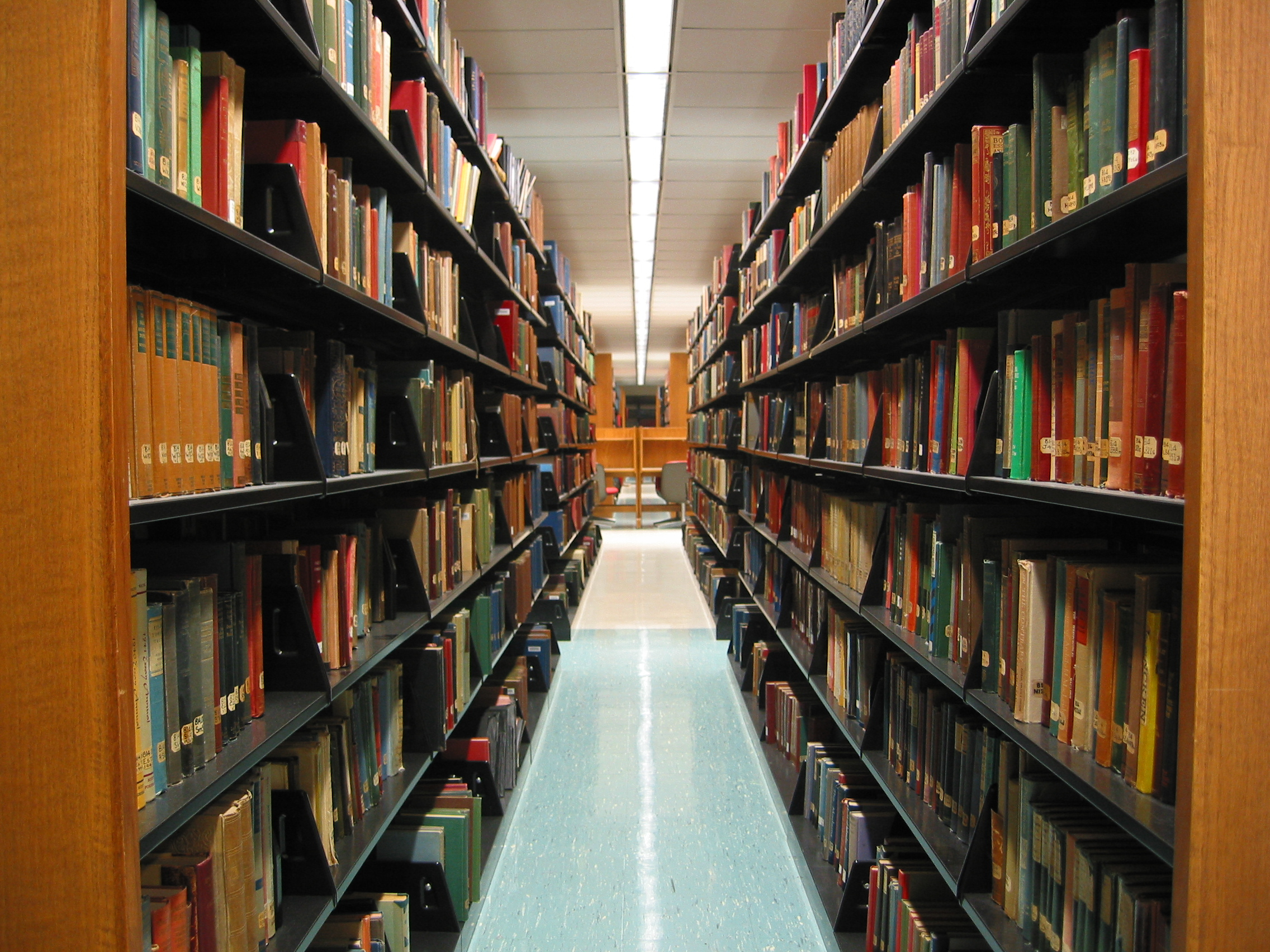 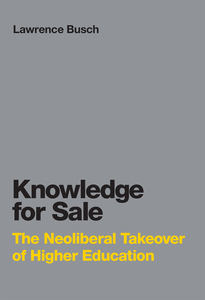 We see it across the world: a growing assumption that knowledge should not be pursued for its own sake, but instead for its market value. Just look at the UK, where funding for the arts and humanities in universities has been slashed, while funding for science and technologies has remained steady. Increasingly, education is framed primarily as an economic advantage, rather than as a way to enrich democracy with educated and engaged citizens. In his new book Knowledge for Sale: The Neoliberal Takeover of Higher Education, Lawrence Busch, professor of sociology at Michigan State University, challenges this market-driven approach to education and the pursuit of knowledge. Here, he explains some of his arguments.

You describe how the first neoliberals wanted to promote markets to prevent totalitarianism. Could you expand?

Neoliberalism was born in the years after World War II. Its proponents were well aware of the horrors of totalitarianism in Nazi Germany, Fascist Italy and the Communist Soviet Union. Moreover, they saw the growth of the welfare state in Britain, France and the United States as part of a slippery slope towards totalitarianism. In contrast, they saw the market as an alternative form of governance that would maximise freedom. Each person would be able to choose among the alternatives to be found in the marketplace. But, unlike classical liberals who adopted a laissez-faire approach, neoliberals believed that the state had to actively promote markets. Where markets were not possible, then competitions would do. In both instances, according to the neoliberals, freedom of choice would be expanded and the need for a strong central government would be diminished.

How does this neoliberal thinking first find its way into the world of universities, and how does it manifest here?

There has not been any single path or any single event that marked the rise of neoliberalism in universities around the world. We could point to the rise of Margaret Thatcher in Britain or Ronald Reagan in the US as inflection points, but even before their arrival on the scene, neoliberal ideas influenced governments strapped for cash. It was relatively easy to gradually replace permanent faculty with part-time and temporary faculty who were poorly paid and easily dismissed. Such persons would compete for just-in-time jobs while keeping costs down. Not surprisingly, their very precarious status minimised their institutional loyalty.

Similarly, audits of all kinds could be introduced on grounds of increasing efficiency. After all, it is hard to reject audits; taxpayers should know if their investments are successful ones. But few people asked whether the audits were measuring the right things. Did student evaluations of faculty improve teaching and learning? Did counting publications and citations enhance research? Even now, rarely is an audit of the auditors demanded.

In addition, it was easier to shift part of the costs of higher education to students than to raise taxes. And, as students began to pay more, a market emerged for private, for-profit higher education. No one asked how the goals of higher education might change if it was no longer seen as a public good but as a private good only of real value to individual students. No one asked what the consequences of student debt might be for the larger society. What about students who could not find employment after graduation that allowed them to pay off their debts? What about for-profit institutions that provided little in the way of real education?

How does this vary in higher education institutions around the world?

Neoliberals are not all of one mind. Nor are political institutions uniform around the world. Hence, different nations have adopted different aspects of neoliberal perspectives. In the US where education is largely the responsibility of each state, there is considerable variation across states. However, the burden on students has risen markedly in all states. All have introduced greater auditing burdens on faculty. All rely much more heavily on poorly-paid temporary faculty than they did in the past.

England has introduced fees of up to £9000 per annum at its universities. In both the US and the UK, league tables of universities abound, all based on the erroneous assumption that all universities should serve the same kinds of students and prepare them for the same kinds of careers. The UK has developed an elaborate – some would say cumbersome – procedure currently known as the Research Excellence Framework by which to judge university performance; nothing comparable exists in the US.

France and Germany have to date avoided introducing huge fees, but they have also reorganised their universities along neoliberal lines. France has created a national auditing agency, AERES (Evaluation Agency for Research and Higher Education). Among its many tasks, it produces lists of scholarly journals in which scholars from particular disciplines are expected to publish.

Several nations now provide monetary bonuses to faculty who publish papers in Science or Nature. As a result, these journals are inundated with manuscripts. Others have attempted to import well-established foreign scientists so as to kick start their universities.

Despite the differences, nearly all nations have redefined higher education as preparation for jobs, rather than as preparation of informed citizens. Nearly all of these varied approaches introduce competitions of various sorts into university life. Competitions require audits; someone must set the rules, see that they are enforced and rank students, faculty members, departments and institutions. Hence, competitions create new bureaucracies. And, in an ironic twist, the rankings of institutions rarely changes significantly.

You highlight the fact that different countries who share little politically – the US, China, Pakistan, France – have embraced aspects of this. Why?

As I have been telling my students for many years, when the Soviet Union collapsed in 1989, it took the future with it. Of course, the Soviet Union was a failed experiment, but its very existence implied that there was more than one way to organise the world. Once it ceased to exist, it appeared that the slogan bandied about by Prime Minister Margaret Thatcher might be true: There is no alternative. Hence, nations as different as the United States and Pakistan, China and Chile, France and India, embraced some aspects of neoliberalism. Cuba, North Korea and Venezuela hardly represent alternatives. When China’s rulers realised that its adherence to Mao’s version of communism was condemning that nation to endless poverty, the solution was to adopt neoliberal policies, albeit ‘with Chinese characteristics.’ A Chinese university now publishes the Shanghai Global Rankings of Universities. When Pinochet took power in Chile, he adopted neoliberal policies. Among other things, he privatised the public universities and eliminated government support. Modi wishes to introduce more neoliberal policies to India, although to date he has been met with considerable resistance. In short, neoliberalism offers a menu of options among which elites can pick and choose; no clear alternative currently exists.

If scholars see themselves primarily as economic actors, how does it affect the pursuit of knowledge?

The various transformations of universities under neoliberal regimes have brought with them numerous unintended consequences. Perhaps of greatest concern is the apparent rise in fraudulent behaviour as a result of the pressure to publish an ever increasing numbers of papers. At worst, this involves the creation and publication of fraudulent research results. Also of concern is the growing use of ghost and honorary authors. In the former case, a paper is written by someone other than the person listed as its author; the ghost author may receive a fee for writing the paper. In the latter case, a well-known scholar not connected to a particular paper is invited to attach his or her name to it so as to enhance its prestige and likelihood of favourable review. In addition, some scholars have published the same or similar results in multiple venues. Others have broken down their research into numerous publications so as to increase their output. Most importantly, long-term and high-risk research is actively discouraged by the constant auditing. Undertaking a project that might take ten years before publication or undertaking a project with a high risk of failure can be quite costly to a scholar.

In addition, especially in the sciences and engineering, more and more research is funded jointly with industry. This has several perverse effects. Most obviously, it pushes academic research toward the development of marketable products and away from the more fundamental research previously typical of universities. In addition, within the academic community research has always been seen as something to make public. We academics talk of “contributions to the literature”. In contrast, the private sector tends to keep research results private, even as trade secrets. Therefore, when the private sector invests in public universities and research institutes, there are almost always strings attached. Even if there are not, that link between public and private undermines the objectivity of public sector scientists.

Often, discussions about academia are dismissed as a niche concern for the elites – but clearly, this has wider significance. What is that significance?

There is certainly some validity to that argument. After all, in most nations most people do not go to universities. Most university faculty do not engage in research. They are engaged in teaching the next generation of students. Only a small number of institutions are research universities. Their faculties are engaged in research on subjects such as particle physics, archaeology, literary criticism, economic history, bioethics and number theory.

This said, the neoliberal “reforms” of higher education have real consequences. Students burdened with debt do not purchase homes. Students trained narrowly to meet job forecasts often discover that those very forecasts were wrong; the jobs they were being trained for are being phased out. Faculty who are being asked to turn out a steady stream of publications in a narrow set of academic journals are not likely to have time to ask big questions such as those surrounding energy use, climate change, the consequences of automation or protection against emerging disease vectors. They are more likely focused on what is marketable at this particular point in time. Perhaps the key concern is that the neoliberal turn in higher education undermines the ability of scholars to engage in sustained criticism of the current social, economic and political order. These issues don’t get addressed if faculty members are focused on short-term, perhaps even trivial, pursuits.

Finally, what can we do about it? Do you see any positive changes happening?

This post originally appeared on the New Humanist blog on May 15th 2017.