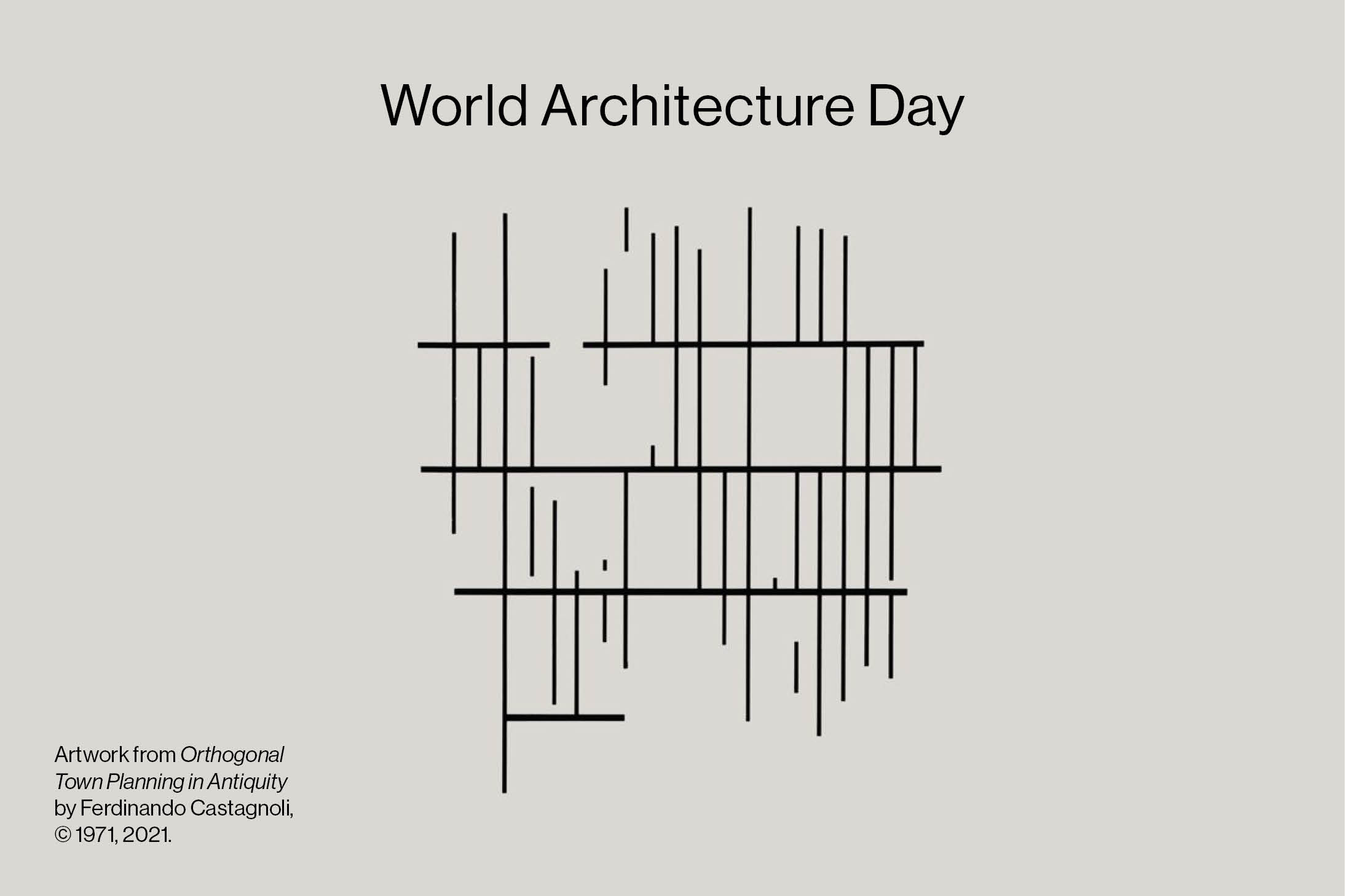 Representing the breadth and depth of the MIT Press’s architecture and urban studies publishing program, the collection is a quintessential blend of theory, practice, history, and technology. Many of these titles feature fresh prefaces that bring new insights to bear on many of these classic texts. The Open Architecture and Urban Studies series, first launched in 2021, is generously supported by the National Endowment for the Humanities and the Andrew W. Mellon Foundation through the Humanities Open Book Program.

Read on to explore several of the books available open access via the Open Architecture and Urban Studies series, or discover more MIT Press books on architecture.

The Architecture Machine: Toward a More Human Environment by Nicholas Negroponte (first published in 1973)

The use of computers to aid the architectural designer and urban planner is already beyond the experimental stage and part of the workaday routine of many professionals. There are, for example, machines that transform two-dimensional drawings into three-dimensional perspective displays and others that check myriad aspects of a design against specifications and tolerance requirements. The Architecture Machine looks several machine generations ahead of these to a future in which genuine man-machine dialogue is achieved, when man and machine will act together on something closer to equal terms toward a common goal, each contributing his-its own characteristic faculty.

Architectural Space in Ancient Greece by Constantinos A. Doxiadis (first published in 1977)

Doxiadis is best known as an architect-planner, as a consultant with an international clientele, as something of a prophet whose outlook is focused on man’s worldwide future. But here, in his first major study, originally published in German in 1937, Doxiadis looks back into the past, to the architectural roots of his native Greece. He works out a theory that accounts for the seemingly unordered layout of the buildings in ancient Greek sacred precincts, proposing that the spatial relationships between the buildings were strictly determined according to a plan.

What is uniquely American about American design? This first history of American products and the philosophy behind their design, use, and manufacture points to the process—the interaction between industrial technology and culture—that gave form to an American “ethic” in material products and helped shape the life style of its citizens. Pulos discusses the influences and fashions as well as the major figures and schools of design from Colonial times to the 1940s. Central to the story are the objects and artifacts themselves—Shaker chairs, Colonial tea kettles, clipper ships, Sullivan’s skyscraper department store; the work of Bel Geddes, Raymond Loewy, Russel Wright and Walter Teague as seen in cars, cameras, housewares, boats, locomotives. These objects and many others, are illustrated in over 300 unusual photographs, engravings, ads and drawings.

The Dream of the Factory-Made House: Walter Gropius and Konrad Wachsmann by Gilbert Herbert (first published in 1984)

This is the story of what came to be known as the “packaged house,” one of the few architect-inspired attempts to manufacture and market a prefabricated home. The plan began in the 1940s as a major collaborative effort between Walter Gropius, then at the height of his fame, and Konrad Wachsmann, a rising star-both in exile from their native Germany. For both men, this was the culmination of many years of experience in the field of industrialized housing and an unparalleled opportunity to make their long-cherished dream of a factory-made house a reality. How did this venture, which seemed to have everything going for it, turn out to be such a dismal failure? The answers to that question make this one of the most fascinating studies in the annals of modern architecture.

The decisiveness of the right angle, which is uncommon in nature, would seem to exercise an irresistible appeal to the human mind, for it permeates man’s art, artifacts, and architecture. That it should also appear as a basic organizational element in town plans over many centuries and in many cultures only confirms this appeal. The present work examines Greek, Etruscan, Italic, Hellenistic, and Roman cities that were based on orthogonal or grid plans – those characterized by streets intersecting at right angles to form blocks of regular size and spacing. Some of these have only recently been uncovered. The author suggests that the implementation of these plans may have constituted the first exercise in master planning for the future extension and development of cities.

Read an essay from the collection: Le Corbusier as I Knew Him