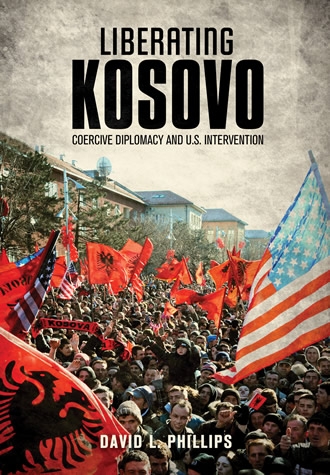 We’re posting this week’s Election Tuesday piece a bit early because it directly relates to the final presidential debate. David L. Phillips, author of Liberating Kosovo: Coercive Diplomacy and U. S. Intervention, discusses the candidates’ stances on foreign policy and urges them to consider important lessons from America’s recent experiences.

Obama and Romney clashed during the presidential debate on foreign policy. Romney accused Obama of being weak and apologizing for American values. He accused Obama of failing to support Iran’s pro-democracy movement, thereby empowering the mullahs. He also blasted the Obama administration for failing to provide adequate security at U.S. diplomatic facilities, lamenting the murder of Ambassador Chris Stevens and insinuating a cover-up of Al Qaeda’s role in the Benghazi attack.

Obama adamantly defended his conduct of foreign policy. Noting that his primary responsibility is keeping the country safe, Obama discussed the killing of Osama bin Laden and drone attacks against Al Qaeda in Afghanistan, Pakistan and Yemen. He highlighted the withdrawal of U.S. troops from Iraq, as promised.

Despite sharp rhetoric, the debate revealed striking areas of agreement between the candidates. Both pledged to prevent Iran from gaining the capabilities to develop a nuclear weapon. Both promised support to Israel and a two-state solution. Both committed to withdraw forces from Afghanistan by 2014.

On Syria, differences were nuanced. Obama and Romney took turns beating up on Bashar al-Assad, pledging support for secular opposition groups that share America’s values. Romney criticized Obama’s minimal and indirect intervention, pledging to arm the Syrian opposition through Arab allies (e.g. Saudi Arabia and Qatar). Obama was more circumspect about transferring sophisticated weapons, lest they fall into the hands of Jihadis, who would use them against U.S. interests.

Short on specifics, neither candidate discussed intervention criteria or the responsibility that accompanies military action.  As the prospective future leaders of the United States weigh options for U.S. intervention, they should consider important lessons from America’s recent experience.

Liberating Kosovo: Coercive Diplomacy and U.S. Intervention examines such lessons through the case of Kosovo, which can be applied to challenges faced by the United States today in Syria, Libya and Afghanistan.  It offers guidelines on intervention: why, when, how and with whom? It emphasizes cajoling and coercion, so confrontation is the last resort. It also addresses winning the peace through reconstruction, which focus on jobs and sustainable development. A successful exit strategy requires a credible local partner with the capacity to stand-up as the United States stands-down.  When facing these challenges, the next U.S. president will be judged by his actions, not but his words.