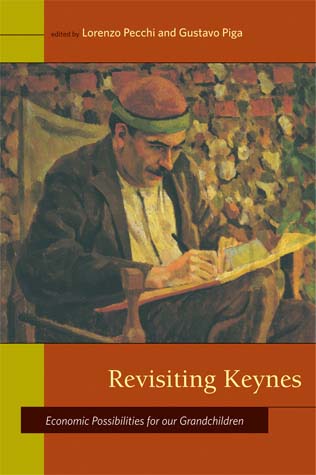 Lorenzo Pecchi and Gustavo Piga, editors of Revisiting Keynes: Economic Possibilities for Our Grandchildren, weigh in on Keynes, selfishness, and the quality of ideas.

Should a selfish man be indifferent to the long-term? And would an interest in the long-run by such an individual be of little benefit to humankind? Both questions arose in our heads after hearing of Prof. Ferguson’s recent claim regarding Lord Keynes, accused of selfishness for having left no children behind.

We are unaware of any proof that Keynes was himself selfish. But, for the sake of it, let us presume he was narcissistic and self-centered. Would that have meant he would have been indifferent to the long-run?

Oh, no. On the contrary, the drive for immortality is a powerful engine of motivation for any person, especially for an intellectual. Keynes himself knew quite well that the only way for an economist to be remembered, even after being “defunct,” was the capacity to generate ideas. Right at the last sentences of his General Theory, he wrote, “The ideas of economists and political philosophers, both when they are right and when they are wrong, are more powerful than is commonly understood…Practical men, who believe themselves to be quite exempt from any intellectual influence, are usually the slave of some defunct economist.”

And indeed, we are. In the long-run, the ideas of Lord Keynes survived.

Whether these are good or bad ideas we wish not to say, even though we can’t resist noticing that both Mr. Obama in the United States and Mr. Abe in Japan, indeed practical men, have made ample use of the teachings of this defunct economist rather than those of weaker contemporaries, apparently with what looks like good results. And there where Keynes’s theories are oddly banned, in Europe, things look quite messy indeed.

What matters for the long-run is the quality of ideas, whether driven by selfishness or not. We believe Keynes outsmarted Ferguson on that count.