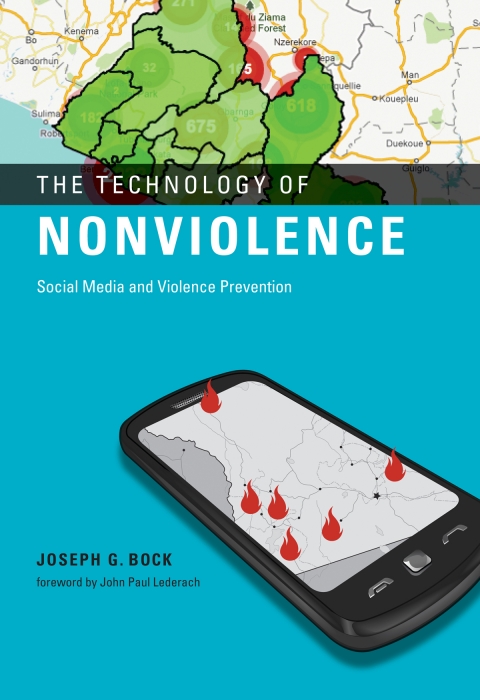 Joseph Bock, author of The Technology of Nonviolence, wrote previously on how smartphones be used to help the migration crisis in Europe. In this post, he explains how a digital map can be a tool in the prevention of sexual assault on women.

When I was a Fulbright specialist in Greece last December, I was touched when I spoke with volunteers on the Greek island of Lesvos—some of whom are involved in rescue to prevent drowning, others who offer shelter, dry clothes, and food. Some of them look through their binoculars for hours, trying to spot overloaded or sinking boats, as they sit on the beach between Lesvos and Turkey, where the short distance across the water makes it one of the main entry points into Europe.

More recently, after reading a series of articles, I was reminded that in humanitarian emergencies one often encounters the very best of humanity…and the very worst of humanity. The articles were about the sexual abuse of migrants, on the one hand, and sexual assaults of Europeans allegedly by migrant men, on the other. Migrant women are being raped, sometimes as payment for the services of smugglers. In other cases, local men prey on migrant women, assuming their lack of citizenship makes prosecution for committing the heinous crime less likely. European women in Cologne, Germany have been sexually assaulted by groups of men they claim to be from the Middle East or northern Africa, causing violent retribution.

I looked into what was being done about violence against women and came across a digital map developed by The City in a Time of Crisis project, which is built on a web-based platform called Crowdmap. Their map lists instances of violence against migrants in Athens, Greece. When there is a sexual assault, it can be entered into the map’s accompanying data base. Events are categorized, usually checked for validity, and then placed on the map. The map provides a visual representation of what is happening where.

The staff of The City in a Time of Crisis entered events from November 2009 through May 2015 (when they ran out of funding), during which 211 instances of violence were documented. Sources of this information includes people within Athens, blog postings, and news stories.

These maps can be useful to get a general picture of what is happening. They can also help in allocating resources to specific locations—such as when police officials focus more time and attention on “hot spots” to arrest sexual predators.

But a map like this can also support various programs designed to prevent sexual assault and rescue women trapped in sexual slavery. Harrassmap—another Crowdmap application that was originally created in Egypt but which has been replicated in roughly 28 countries—is not only tracking events, it is organizing citizens to take action to prevent sexual abuse. Harrassmap staff and volunteers create safe areas, offer employment opportunities to victims, mobilize citizens to report abuse, train people to stand up to sexual harassment, provide counseling and legal advice, and advocate for policies to address the problem.

When I go back to Athens in February, I plan on discussing how something like the Harrassmap program can be implemented. The map could serve as a centerpiece, a rallying point, for the good people of Athens to step forward and build programs around it designed to prevent abuse and sexual violence.

It is tragic and horrific that some men feel it is acceptable to take advantage of women. And women who have traveled across borders, who have and are seen to have an acute sense of vulnerability, are victims of sexual predators at much higher rates than the norm.

But do women have to put up with this? No, they can fight back! I’ve seen this first hand. I worked for American Refugee Committee when Fern Holland, a lawyer who had no fear, convinced rape victims in refugee camps in Guinea, West Africa, to file legal charges against the perpetrators. Although they feared retribution, a handful of victims agreed to press charges. Fern worked with local attorneys to prosecute. The rapists went to jail, and rape was no longer considered “a normal part of life” in those refugee camps.

Fern decided to set up a similar legal aid clinic in Iraq. I’m sorry to say that, tragically, Fern was killed there.