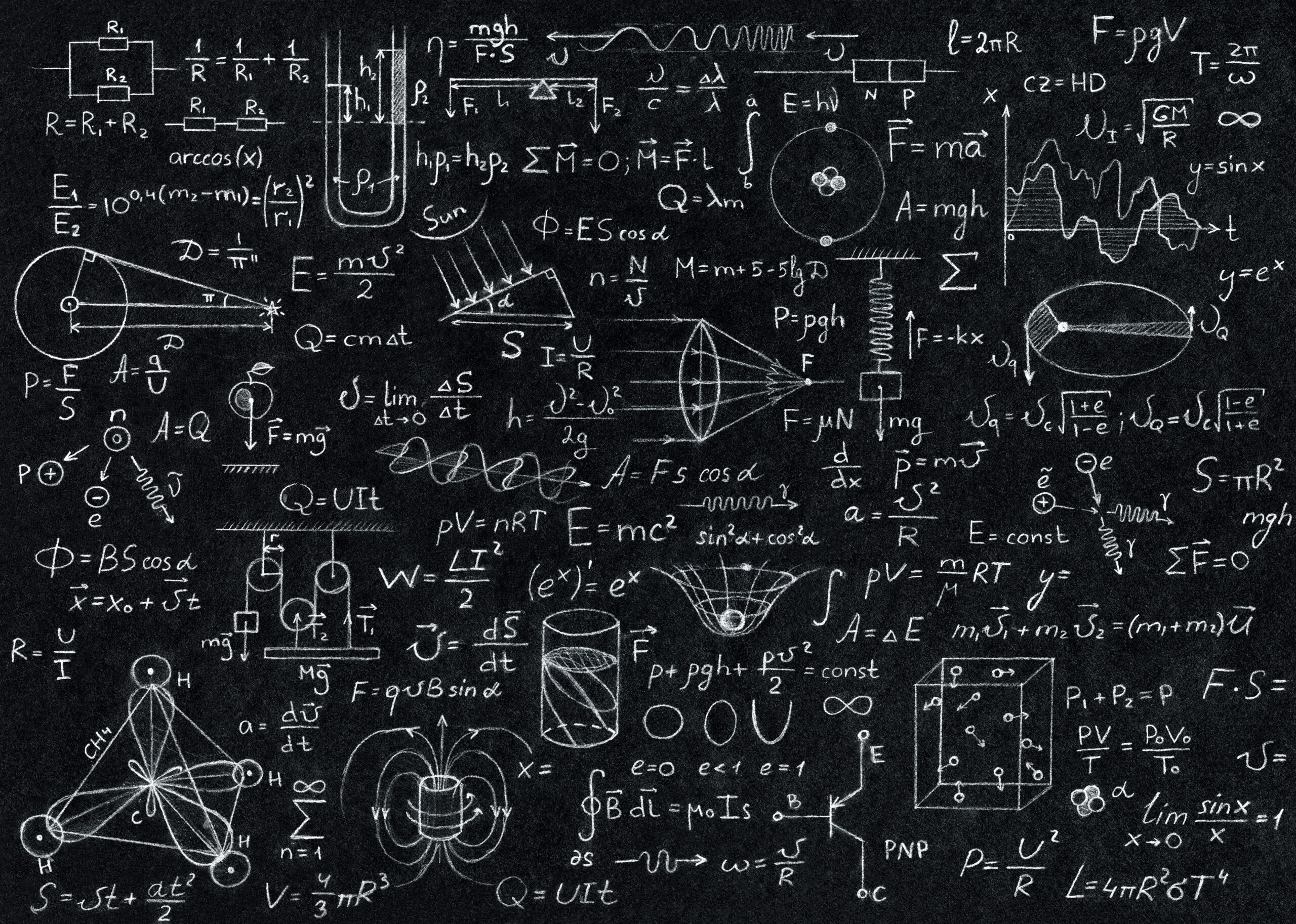 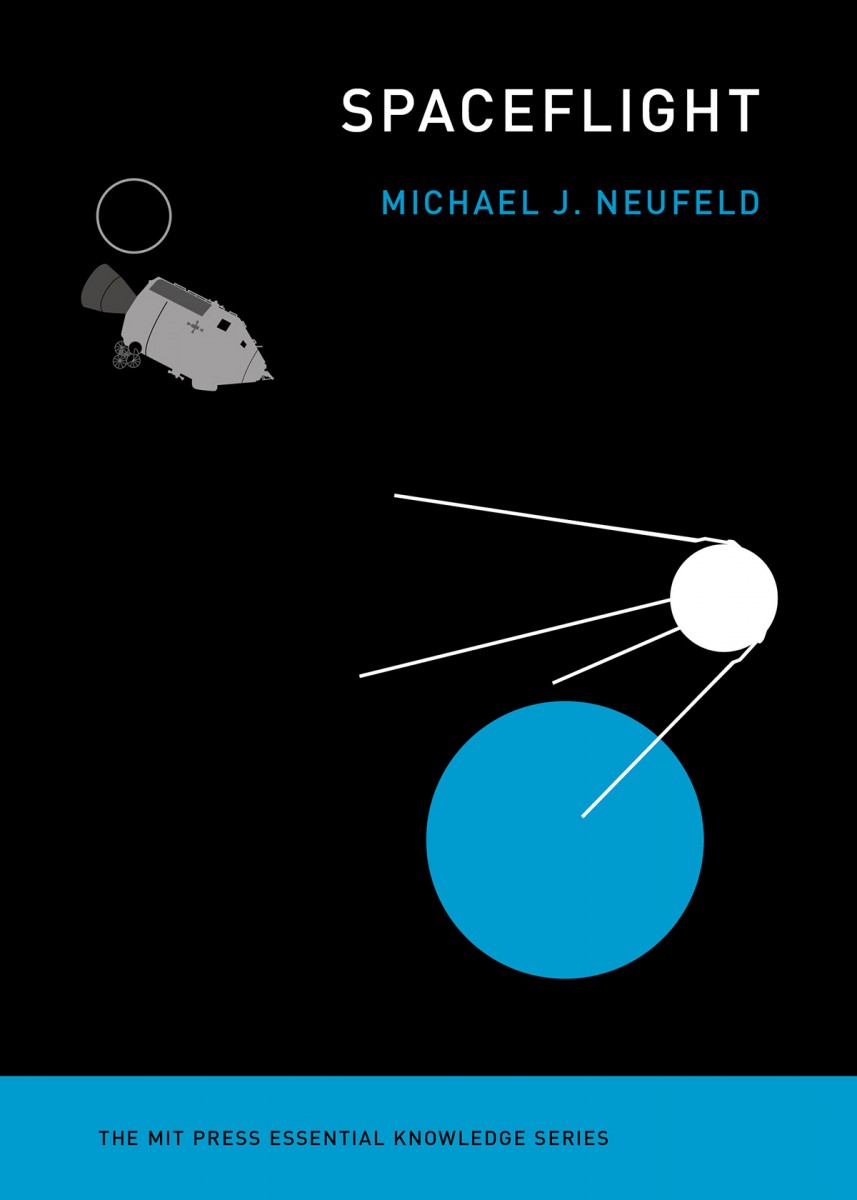 The following is a Q&A with Michael Neufeld, author of Spaceflight, a recent title in the Essential Knowledge series (EKS) and the EKS Book of the Month for January 2019. The MIT Press Essential Knowledge series offers accessible, concise, beautifully produced books on topics of current interest. Written by leading thinkers, the books in this series deliver expert overviews of subjects that range from the cultural and the historical to the scientific and the technical. In today’s era of instant information gratification, we have ready access to opinions, rationalizations, and superficial descriptions. Much harder to come by is the foundational knowledge that informs a principled understanding of the world. Essential Knowledge books fill that need. Synthesizing specialized subject matter for nonspecialists and engaging critical topics through fundamentals, each of these compact volumes offers readers a point of access to complex ideas.

EKS books offer succinct overviews of topics of current interest. Your book does this remarkably well—a great achievement for a subject as expansive as space exploration. How did you go about packing so much into a relatively slim volume?

Thank you. It was an interesting challenge to write 150+ years of history in 40,000 words. But the extreme compression freed me up to write big-picture overviews without getting bogged down in detail. The most difficult challenge for compression is usually where one’s expertise is the strongest. For me that was the story of the early rocket groups, the V-2, post-World War II rocketry and spaceflight in the U.S., and the Moon race. These sections probably have more names and details in them than others might give. But from the outset I had decided I had to abbreviate those sections as I wanted to break with the usual space history approach, which is to focus on the U.S.–Soviet race and human spaceflight. So I included two chapters, on space science and space infrastructure, that are almost entirely about activities carried out by robotic spacecraft, which constitute more than ninety percent of what humans do in space. Another chapter, on “astroculture,” is only partly about human spaceflight. These units turned out to be more challenging simply because the literature on them is often pretty thin, or specialized. Here writing a broad overview was helpful as I did not need to go too deeply into anything.

In the book you state that “spaceflight is one of the greatest human achievements of the twentieth century.” Can you unpack that?

In terms of sheer technological accomplishment, it is astonishing that in 1900 there were only one or two people in the world who understood that rocketry was the means to spaceflight, yet by 1969 astronauts had landed on the Moon, and by 1989, four robotic spacecrafts were already escaping the solar system. This extreme acceleration of human technological capability needs explanation, the bulk of which lies in arms races, wars, and international political competition. Without the nuclear arms race in particular, it is impossible to imagine that rocket technology would have advanced so far so fast. And in terms of human technological capability, the mastering of nuclear power and nuclear weapons is an equally impressive accomplishment of the twentieth century. Yet those technologies today seem only threatening or problematic; spaceflight, like atmospheric flight, has many positive and even inspiring impacts on human life—symbols of freedom and examples of what we can accomplish as human beings if we set our minds to it.

The current explosion in commercial spaceflight demonstrates how much space technology is intertwined with fast-changing technology on Earth. The electronics revolution, funded in significant part by military and civilian aerospace investments, is in turn changing satellites. Large constellations of micro-satellites are already expanding our global communications and computer networks or surveilling the Earth and its environment for many different purposes—although if we don’t solve the space junk problem or prevent war in space, we could face a crisis. One thing is clear, we are now very dependent on space infrastructure for both military and civilian applications. The general public doesn’t notice their dependence unless some part of it should suddenly fail. Just think about how much GPS—the subject of my colleague Paul Ceruzzi’s new book in the Essential Knowledge series—has come to be embedded in our daily lives, and what impact it would have if the system were jammed, attacked or began to fail.

It seems that every year there’s at least one big movie released about going into space—with First Man just released in 2018. Why do you think spaceflight continues to be such an object of public fascination?

Interest in First Man and movies like Apollo 13 are driven in part by national pride and sentimental recollections of the space race and the American lunar victory of the 1960s. But spaceflight also opens the road to the possibility of living beyond the Earth and of encountering extraterrestrial life, which would have profound implications for our future as a species. It’s no coincidence that space movies are driven either by human spaceflight or by encounters with alien life, or both. People want to see human action—hence no fictional movies about robotic spacecrafts—but also want to think about spaceflight as something transcendent or life-changing. There has to be danger and some implication for the human future for a space movie to resonate with the public.

The 2018 IPCC report on climate change described the incredibly dire state of earth’s environment. What place does space exploration have in this moment of crisis?

Weather and Earth-science satellites are absolutely critical to understanding the global climate system and how it is changing. They provide a planetary overview and unique data sets that ground, air and sea observations can’t provide. In my book, I do raise the question of what can happen to our deep-space exploration and human spaceflight if we get into a severe, global environmental crisis. That could undercut expenditures or anything but Earth-centered science, and perhaps even that could come under threat. Some space advocates, notably recently Elon Musk, have pushed the argument that we need a human insurance plan of settlements on other bodies, particularly Mars, in case the Earth becomes uninhabitable due to some human or natural catastrophe. While that may make some long-term sense, it isn’t going to help us master the climate crisis we are likely facing in the 21st century. We need to focus our technical capability on that, while not losing ability to explore space. Yet the astonishing rapidity with which we achieved spaceflight at least gives hope that we can, as I said at the end of the book, master our problems after all.

What do you think the future holds for the search for extraterrestrial life?

Discovering evidence of life beyond the Earth seems inevitable given the vastness of the universe and the number of exoplanets recently discovered by ground- and space-based telescopes. It might just be an indirect indication that a planet has an environment that is hard to explain by non-biological activity—our own, chemically unstable, oxygen-rich atmosphere is sustained by plant life, primarily in the ocean. Discovering simple life closer to home, either underground on Mars or in the oceans under the icy surfaces of bodies like Jupiter’s moon Europa, would be even more exciting. It would demonstrate that life arises in almost any environment that is habitable. A “second genesis” with unique chemical characteristics or DNA structures would also yield fundamental data on how life arises and its possible variants. Of course, when scientists say “life” the general public thinks primarily of intelligent beings like ourselves. The evolution of technological civilizations like our own is probably exceedingly rare and the question remains whether they last very long on cosmic timescales. But at least, if we sustain exploration with spacecraft and telescopes, in the next few decades  we can expect to find out whether simple life arose elsewhere in our solar system or on nearby exoplanets. If we get no such indication, it will at least tell us that life is a rare and precious thing in the universe.