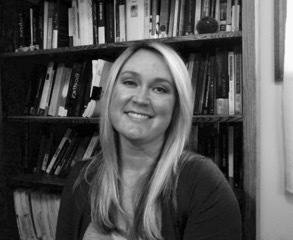 What is evolutionary biology, and how should we talk about it? We interview Lindsay R. Craig (Temple University) about evolutionary development biology (evo-devo), neo-Darwinism, and other terms and frameworks used by scientists and philosophers in this month’s Spotlight on Science Q&A. Craig’s article, “Neo-Darwinism and Evo-Devo: An Argument for Theoretical Pluralism in Evolutionary Biology,” appeared in the Fall 2015 issue of Perspectives on Science. Read the article for free on our SOS page.

What drew you to the field of evolutionary biology?

For me, evolution is hands down the most fascinating thing about existence. It’s a common thread in the living world, and yet, at the same time, the amount and kinds of diversity are quite striking. Think about the animal kingdom alone. The morphological diversity is simultaneously beautiful and exhausting because, both within species and between them, variety, an outcome of evolution, demands to be scientifically explained. Examining evolution allows us to understand so much about ourselves and our world.

What are the main differences between neo-Darwinism and evolutionary developmental biology (evo-devo)? What makes it possible for the two theories to co-exist?

My view is that the term neo-Darwinism is seriously problematic precisely because it’s not clear what it refers to. Different authors use the term differently, and it’s had different meanings throughout its history. Insofar as you can identify a neo-Darwinian framework or theory in the literature, it’s unclear whether biologists and philosophers of biology think of it in the same way. I think the ambiguity of neo-Darwinism is more of a problem for philosophers than for biologists, but there are philosophers who will certainly disagree with me.

But, I haven’t actually answered your question! Neo-Darwinism is a term favored by the authors who are part of the debate I’m interested in. If we adopt their characterization, the main difference between neo-Darwinism and evo-devo is, I believe, in the explanatory agendas of the two frameworks. For example, neo-Darwinism, as it’s described by these authors, employs very different, though not incorrect, concepts of genes and phenotypes than evo-devo. While the latter is concerned with the complex, multi-level causal pathways between genes and resulting traits, the former adopts more abstract, reductive concepts that allow for the black-boxing of the causal network between genes and traits. I argue that the conceptual differences between neo-Darwinism and evo-devo allow them to explain different kinds of evolutionary phenomena.

And it’s this that makes it possible for the neo-Darwinism and evo-devo to co-exist: they explain different kinds of evolutionary phenomena using different explanatory tools. Both are supported by the evidence, and the two frameworks don’t conflict or contradict one another. So, they can live together quite well in biology departments and laboratories everywhere.

You define theoretical pluralism as “the accommodation and pursuit of more than one explanatory framework.” Why is this approach advantageous in thinking about evolutionary biology?

Here, my thinking is very much in line with John Beatty’s, an influential philosopher of biology at the University of British Columbia. When we have different but related phenomena to explain—like evolutionary phenomena—and the evidence points to more than one theory to account for those phenomena, then we should follow the evidence. That is, methodology should be informed by the evidence. As Beatty has argued (“The Evolutionary Contingency Thesis” (1995) and elsewhere), the highly contingent nature of evolutionary outcomes requires a plurality of theories to explain the distinctly biological phenomena that we find in nature. The variety that results from particular evolutionary histories calls for different explanatory models, not because we don’t have enough evidence to choose between different models, but because different models are well supported by the evidence. So, one advantage of theoretical pluralism is that it’s a kind of methodology that is evidentially supported. After all, evolution is a tinkerer, and that tinkering follows a variety of paths.

Could theoretical pluralism be applied to other current debates within biology or other sciences? What are some examples?

Philosophers of science have been seriously discussing theoretical pluralism for several decades now. The idea is a target for resistance, for better and worse reasons. My take is that those of us concerned with biological, psychological, and sociological phenomena are much more open to a pluralistic approach than others. But, this doesn’t mean that theoretical pluralism is necessarily limited to these domains. On the other hand, if Beatty is right about the highly contingent nature of evolutionary outcomes, and I think he is, then there are good reasons to expect and advocate for theoretical pluralism in those fields devoted to explaining biological things in particular.

The first two kinds of sciences I would look at for interesting examples of theoretical pluralism are the behavioral sciences and climate science. I strongly suspect that both of these areas are riddled with theoretical pluralism, and explicitly advocating a pluralistic approach, if it hasn’t been done already, could possibly help implement important policies and guide funding decisions.

Do you think this approach might eventually broaden the general public’s understanding of evolution?

As our understanding of evolutionary biology grows, what developments are in store for the field?

Part of the beauty of studying evolution is that what we find can have far-reaching implications for other areas of research that are seemingly removed, at least institutionally. But, I think—I hope—that as we continue to study evolution as the dynamic, intricate, elaborate system that it is, our understanding of who we are, what we do, and our role as the shepherds of nature will continue to expand and deepen. The field of evolutionary biology itself will go wherever the evidence takes it.

Read “Neo-Darwinism and Evo-Devo: An Argument for Theoretical Pluralism in Evolutionary Biology” for free.