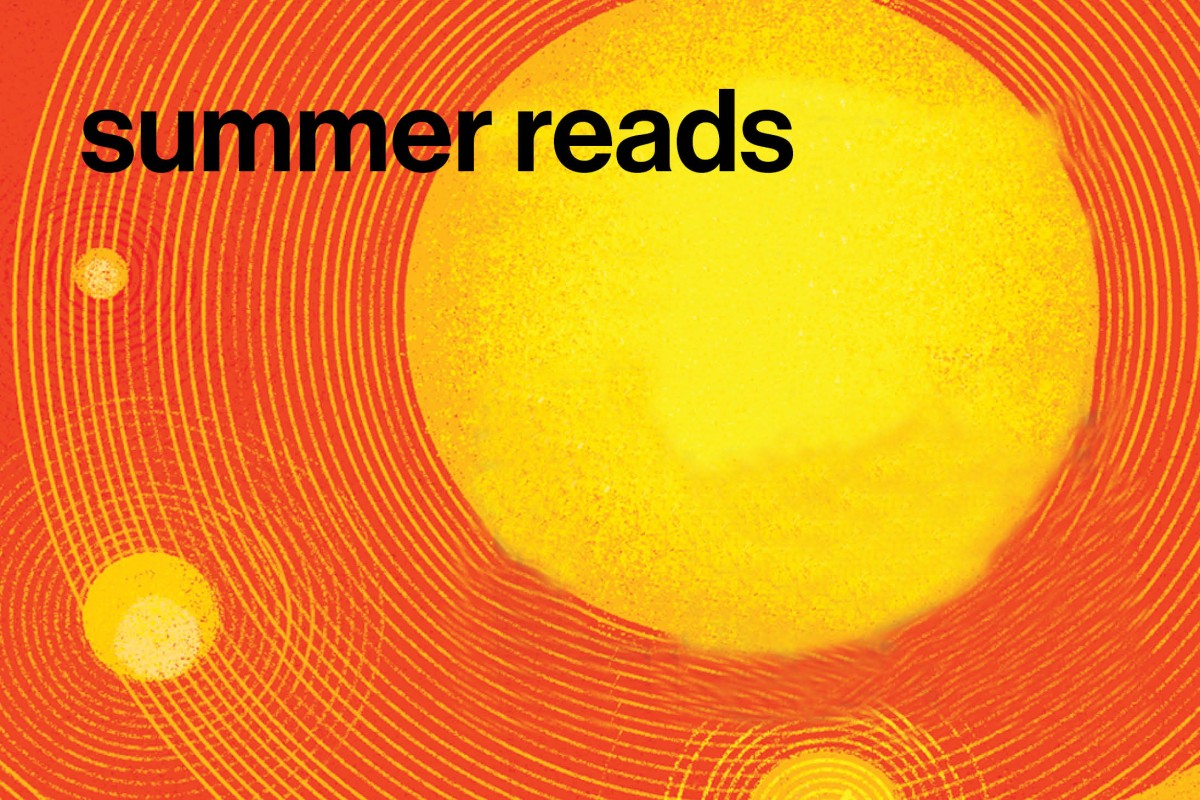 With summer approaching, it’s time to begin scouring your local independent bookseller for the best beach books to read while lazing about in the sun. Admittedly, the MIT Press may not be the first publisher to come to mind when you hear “summer reads”—but we’re hoping to break that mold with books that make you think, even as they whisk you away to other worlds.

These may not be your standard escapist beach reads, but there’s room for variety in everyone’s vacation bag.

This lively graphic novel follows a diverse group of teenage friends as they discover that computing can be fun, creative, and empowering. Taylor, Christine, Antonio, and Jon seem like typical young teens—they communicate via endless texting, they share jokes, they worry about starting high school, and they have each other’s backs. But when a racially-biased artificial intelligence system causes harm in their neighborhood, they suddenly realize that tech isn’t as neutral as they thought it was. But can an algorithm be racist? And what is an algorithm, anyway?

“Power On! is a fresh read from the otherwise superhero, fantasy, and science fiction stories that majorly fill this [comic book and graphic novel] space.” —E&T Magazine

“The Truth and Other Stories, a new collection of Lem’s previously untranslated stories, shows that even the ‘scatterings from his workshop,’ as Kim Stanley Robinson puts it in his foreword, could outstrip a typical writer’s lifetime of creation.” —The New York Times Book Review

“Readers eager for greater representation of women in the sciences will cheer.” —Publishers Weekly

“These charmingly insouciant short stories by the noted critic, poet and essayist exhibit the same surreal whimsy that distinguishes his work in other formats.” —New York Times Book Review

The Invincible by Stanisław Lem

In the grand tradition of H. G. Wells and Jules Verne, Stanisław Lem’s The Invincible tells the story of a space cruiser sent to an obscure planet to determine the fate of a sister spaceship whose communication with Earth has abruptly ceased. Landing on the planet Regis III, navigator Rohan and his crew discover a form of life that has apparently evolved from autonomous, self-replicating machines—perhaps the survivors of a “robot war.” Rohan and his men are forced to confront the classic quandary: what course of action can humanity take once it has reached the limits of its knowledge? In The Invincible, Lem has his characters confront the inexplicable and the bizarre: the problem that lies just beyond analytical reach.

“Mr. Lem was a giant of mid-20th-century science fiction, in a league with Arthur C. Clarke, Isaac Asimov, and Philip K. Dick.” —The New York Times

In a future world dominated by the technological, people will still be entangled in relationships—in romances, friendships, and families. This volume in the Twelve Tomorrows series considers the effects that scientific and technological discoveries will have on the emotional bonds that hold us together. The strange new worlds in these stories feature AI family therapy, floating fungitecture, and a futuristic love potion; a co-op of mothers attempts to raise a child together, lovers try to resolve their differences by employing a therapeutic sexbot, and a robot helps a woman dealing with Parkinson’s disease.

“Pairing scientific precision with emotional insight, this accessible anthology makes a powerful case for featured author Nancy Kress’s assertion that ‘stories are made out of and for people.’ Readers will be captivated.” —Publishers Weekly, starred review

Explore more new and upcoming releases from the MIT Press