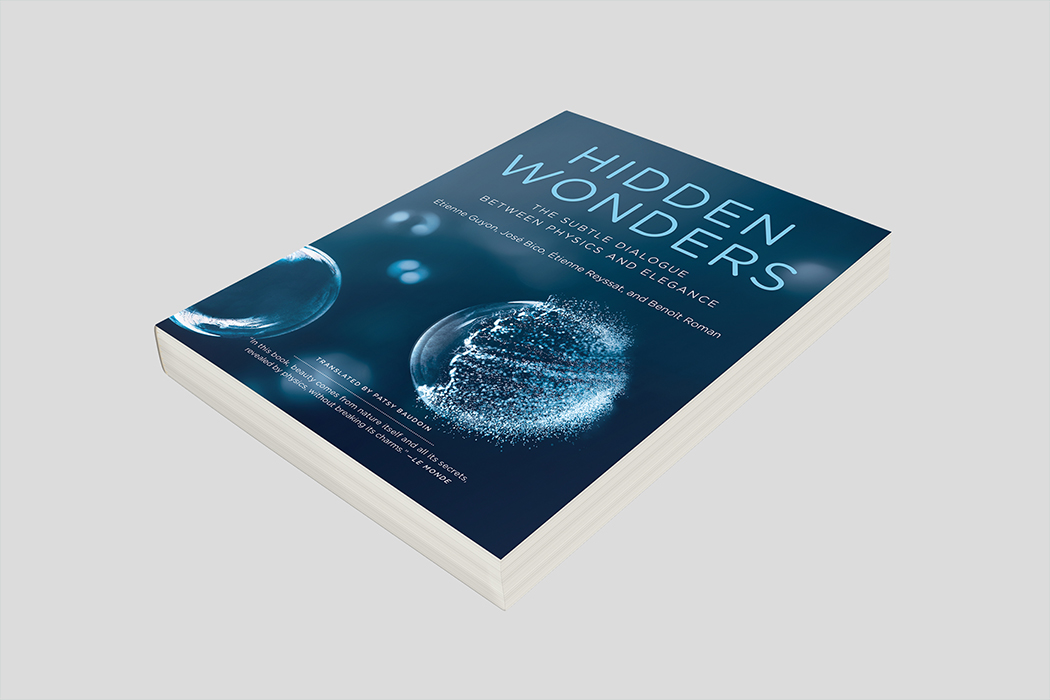 An excerpt from Hidden Wonders: The Subtle Dialogue Between Physics and Elegance

A male weaver sports a beautiful bright-yellow chest; he also bears a black mask that makes him look like a winged Zorro. Contrary to what an unobservant tourist might conclude, this inhabitant of the African savanna is not known for his flattering appearance, but for his particular, seductive behavior. 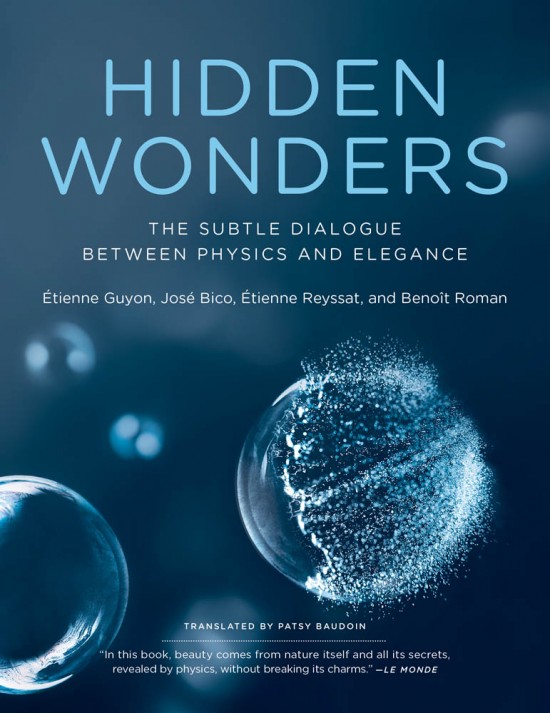 When mating period arrives, he builds a nest in a tree or in reeds, then stands at its entrance and begins to display: he flaps his wings and emits calls to attract a female. She will then take over the nest where the birds will soon mate. The polygamous, masked weaver will build several nests to house his harem during mating season. It is clear that, in terms of sexual selection, his major assets are neither strength nor beauty, but his talents as a builder.

For whoever observes them closely, nests are wondrous objects, and birds are remarkable architects. The masked weaver’s nest is a cocoon that hangs from branches; it is so well woven that it holds on with just a little bit of grass.

To better understand how birds perform their architectural wonders let’s follow the work of the familiar thrush step by step. Although it uses its precious nest for only a short time, it takes great care building it. It starts by positioning twigs a few centimeters long at a more or less horizontal branching of a tree, in order to set its nest. It crisscrosses twigs and small branches one after the other around an empty hole. Once this scaffolding is completed, blades of grass and leaves attached around its upper area guarantee both the coherence of the whole and effective camouflage. Finally, the bird carpets the bottom of its nest with moss or mud to stiffen it and plug any remaining holes.

Thrushes are opportunistic. Indeed, they use materials they find around them: that means the thread of a spiderweb or even a cocoon will guarantee the nest is well ensconced in the tree that hosts it. Such threads even become basic elements in more evolved nests, where they are the support and attachment structure. By pivoting inside a nearly finished nest, a thrush ensures its hemispherical and gentle shape: it is ready for laying eggs and nesting. This is a very general type of nest and is found among aptly named bee-hummingbirds: by reproducing the same operations at their scale of a centimeter, these birds build nests that are hardly bigger than walnut shells.

Whereas the thrush is ingenious in appropriating materials around it, the masked weaver is ready to do anything to create real basketry. First, it knots blades of grass around two solid twigs to make a kind of hoop. Have you ever tried making a knot with one hand? Well, the weaver does it with just its beak. Using natural threads, it then weaves a large pocket with a roof, a floor, and walls whose small openings bar predator access. It usually takes a day to build the hanging basket in which chicks can hatch and grow.

Depending on the species, there is a great variety of construction techniques. Swallows are expert masons: they build their nests by aggregating mudballs. Malay swiftlets build their nests with their saliva: in parts of Asia, these nests, dissolved in a soup, are a delicacy. As for the award for the most decorated nest, that redounds to the bowerbird from Australia and New Guinea, which is a distant cousin of the facetious jay and thieving magpie. In order to impress the Missus, the Mister develops elegant twig arbors, adorns their entrances with flowers, berries, and multiple colored objects, whose sources are unfortunately often industrial.

But not all birds are so active. If there are master architects, some lazy ones are reluctant to lift a beak. Cuckoos are squatters, and their eggs sneakily benefit from hiding among the hatchlings of another species. As for ostriches, they are satisfied with a simple hole at the soil’s surface, in which they bury their eggs. And for woodpeckers, some cavity in a tree trunk is amply sufficient.

For lack of available materials or because they don’t need a complete nest, other species build dwellings that are nests only in name. Penguins thus shape circular buildings by means of pebbles—real trophies that they don’t hesitate to pilfer from their peers. As for eagles, they are satisfied with a nest, or aery, consisting simply of large, entangled branches: having no direct predators, large raptors have indeed no need to hide.

Beyond the elegance of nests, what are the physical mechanisms involved in building them? How can a complex assembly of twigs and fibers stand? Certainly birds sometimes use binding elements such as mud, saliva, spiderwebs. And yet the strength of the assembly essentially stems from friction among its elements. Remember playing pick-up sticks, and how careful you have to be to remove a stick without displacing other sticks, especially when they are all piled on top of each other. Stalks press against each other at a point of contact, under the weight of the stalks above them. Friction stabilizes the whole by reducing the stems’ sliding around. The use of flexible or branched stems amplifies this effect by multiplying contact points and geometric blockages.

The most effective way, however, is to braid the stalks. In this case, the pressure induced by the intertwining considerably increases the intensity of the frictional forces at contact level.

How do you lift a hefty directory using another directory without setting one on top of the other? Here is a simple and surprising experiment that illustrates the extraordinary power of frictional forces. (Use large-format paperbacks for this experiment if you can’t put your hands on old-fashioned telephone books.) Create a paper mille-feuille by inserting some of the sheets of each book into the other, ten times or more. Now try to separate them. Hercules wouldn’t be able to do it!

Where does this colossal strength come from? By interleafing the sheets, we add frictional forces. Even more, this entanglement amplifies the friction between the batches of sheets by considerably increasing the load that keeps them touching each other. It is a similar mechanism that makes the weaver’s basket-like nest so resilient.