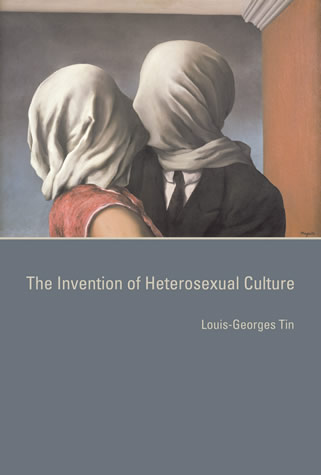 October is LGBT History Month. We’ll be posting about a few of our related titles each Friday in October. Today’s post is an excerpt from The Invention of Heterosexual Culture by Louis-Georges Tin.

The belief that heterosexual love was the most natural thing in the world was accorded widespread acceptance and approval as the twentieth century progressed. Even so, the nascent discipline of psychoanalysis soon called the notion into question.

In his Three Essays on the Theory of Sexuality published in 1905, Sigmund Freud argued the probability that heterosexuality was not a given:

Thus from the point of view of psycho-analysis the exclusive sexual interest felt by men for women is also a problem that needs elucidating and is not a self-evident fact based upon an attraction that is ultimately of a chemical nature.

Far from being natural in biological or biochemical terms, therefore, heterosexuality and homosexuality were, in Freud’s submission, functions of an individual’s personal psychic makeup.

In his discussion of “polymorphously perverse” infantile bisexuality, Freud argued that heterosexuality was the result of a long and arduous psychic apprenticeship extending far back into earliest childhood. This assertion subsequently appeared elsewhere in his work, where he argued that “normal sexuality too depends upon a restriction in the choice of object.” In other words, although never going to the lengths that psychiatry once had and dismissing heterosexuality as a pathological condition, psychoanalysis was at pains to show that it was not an inborn characteristic. Analysis of every single complex—not least the Oedipus variety—tended to confirm this. Despite broad dissemination and awareness of psychoanalytical theory, however, the vast majority of the public (and most psychoanalysts) remained unaware of the notion that heterosexuality or, indeed, homosexuality was an acquired condition.