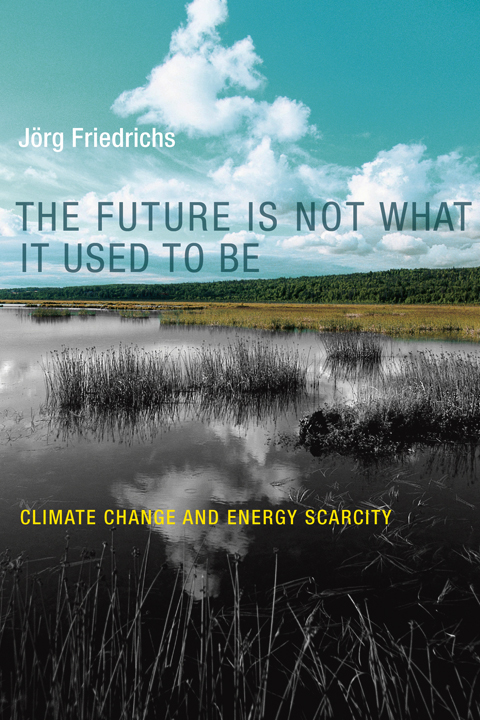 On the eve of the release of a new report from the Intergovernmental Panel on Climate Change, we thought we should ask Jörg Friedrichs, the author of The Future Is Not What It Used to Be: Climate Change and Energy Scarcity, about the panel’s importance, and about what people can and should do with the information in what is expected to be an alarming new report. He sent these thoughts:

Tomorrow, September 27, 2013, the Intergovernmental Panel on Climate Change (IPCC) will launch its latest report to assess climate science. The release begins with the summary for policy makers, which the member governments have approved line-by-line during a meeting in Stockholm this week. The remainder of the report is scheduled to come out next Monday, when you should be able to download it here. Next year, it will be published as a book with Cambridge University Press: a chunky volume packed with facts and figures. And this is only the report from Working Group I, dealing with climate science. It will be followed by equally voluminous reports from Working Group II, on climate change impacts, and Working Group III, on adaptation and mitigation. Each report will be published as a 1,000-page volume, give or take a few hundred pages.

This is the fifth installment of an exercise that takes place every five or six years to establish what we know about climate change, what it means to us and our planet, and what we might do about it. Indeed, over the past two decades, the confidence in the scientific knowledge base has steadily increased, we have come to understand a great deal more about climate change impacts, and there has been an increasing supply of ideas on how we might mitigate these impacts (or adapt to them). Even my seven-year-old son has heard at his primary school about increasing temperatures, rising sea levels, melting glaciers, and more frequent storms, floods, and droughts. We obviously don’t understand every detail about climate change. And, as a wise man said, predictions are difficult, especially about the future. But by and large the science is sound. If anything, the new report will fill a few remaining gaps and increase the level of confidence concerning the basic trends of climate change. Other than that, the IPCC is not likely to tell us much today that we don’t already know.

Why all this fuss, then? Why have 209 lead authors and 600 contributing authors had to assess 9,200 scientific publications, only to confirm our existing knowledge? Why can’t we just move on and talk about problems closer to home, such as child obesity?

The reason we can’t do that is simple. Climate change is not just about knowledge. It is about us, and it is about action. Let us not forget that there are two other working groups dealing with impacts and mitigation. In other words, climate change has consequences that we ignore only at our peril, and although we cannot undo the carbon concentrations in the atmosphere, there is a lot we need to do by way of adaptation and mitigation.

The starry-eyed vision has it that people, if only they knew, would do whatever it takes to solve not only their own but also society’s existential problems. If this were so, people would be spurred to action if only they understood climate change as summarized in the IPCC’s reports. They would, as it were, first read the report on science, then move on to the report on impact, and finally check out the report on mitigation. They would then read synthesis report. And then they would act. This is a touchingly optimistic view of the way people, whether as decision makers or as citizens, move from knowledge to action. Do smokers quit smoking because of medical information? Will parents stop feeding candy to their kids after reading freely distributed governmental pamphlets on nutrition?

The sad truth is that it is usually not for lack of knowledge that we don’t act. It’s rather that many of us hope that we won’t personally suffer the consequences, with due apologies to distant strangers and our own offspring. That many don’t feel responsible for climate change and shift the blame to others who should do the acting for us. That many prefer the pleasing opinions of climate skeptics even though, deep down, they may know that they are false. And that many prefer to be in denial rather than being seen as negative. (Or is there any party killer worse than climate change?)

In my book on climate change and energy scarcity, I call this the moral economy of inaction. The likely consequences are pretty dire, much worse than what you’re likely to read next year, if you bother, in the report of on climate change impacts. By the same token, remedial action would have to be far more drastic than the suggestions that you’ll find in the report of mitigation. We’d have to understand that our whole way of life is threatened by climate change and energy scarcity. Despite all the hype about shale oil, liquid fuels are getting especially scarce, as indicated by stubbornly high oil prices. Other fossil fuels, such as coal, must simply not be burnt lest we fry the planet. Despite a more hopeful situation with regard to natural gas, in the long run we will have to face up to it: industrial civilization is at stake. We will have to take serious emergency measures on all fronts to make our civilizational core values and planetary life-support system resilient to the suite of existential challenges lying ahead. It is obviously a tall order, but this is what it would take.

An official body like the IPCC cannot be so drastic. Nevertheless, they really deserved the 2007 Nobel Prize for their high-minded attempt to consolidate our knowledge base and raise awareness about climate change. We should wish them well for the future, although there is something tragic about the fact that, rather than opening a gateway from knowledge to action, with every report the IPCC is chronicling humanity’s all-too-human failure of not being able to act upon what we all know.