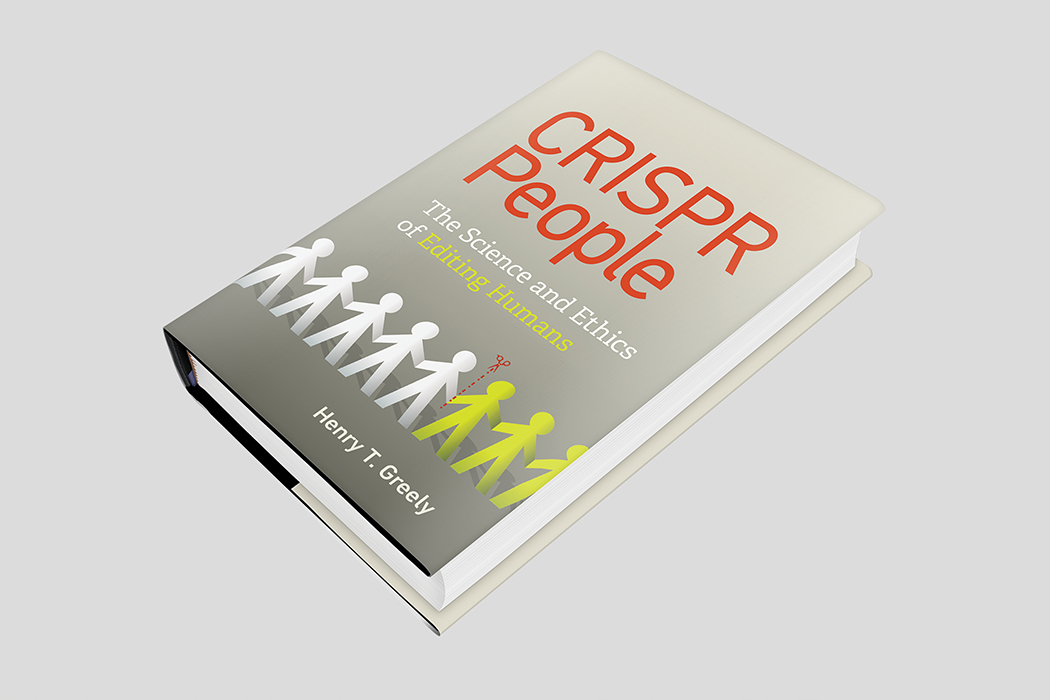 In CRISPR People by Henry T. Greely, an examination of real human experiments and their implications

In November 2018, the scientific community was shaken to its core and the world at large scandalized by the birth of twin girls in China—babies whose DNA had been edited when they were embryos. They were the first “CRISPR’d” people ever born, an acronym standing for Clustered Regularly Interspaced Short Palindromic Repeats, a powerful gene editing method. An experiment of this scale had never been conducted on living human beings in recent history, and the backlash against it was immediate.

In CRISPR People: The Science and Ethics of Editing Humans, author Henry T. Greely tells the fascinating story of this unprecedented human experiment and the subsequent fallout, detailing the many issues at its heart and offering a look at the Chinese scientist, He Jiankui, who designed it. Many more details about the experiment came to light over the coming months following the news of the historic birth, revealing an unethical research method that was plagued with a host of problems as well as a scientist who ignored international consensus against gene editing in favor of his own exploration.

Greely (named a “renowned authority on science and law” by Margaret Hamberg, former FDA Commissioner) dives deep into Jiankui’s methods in CRISPR People and reveals the key flaws in his process, from the experiment’s poor risk/benefit ratio to an inappropriate approval process to what he dubs “very questionable consent” amongst his subjects: unborn human embryos. Greely offers “the definitive guide to the international consensus against germline editing,” according to Antonio Regalado, biomedicine editor for MIT Technology Review, “in a concise retelling that’s part diary, part history, and part journalism.”

R. Alta Charo, Professor of Law at University of Wisconsin-Madison, says, “Hank Greely is a master of detail, and delivers an ‘as if you were there’ portrayal of events surrounding the announcement of the first children born with edited genomes. For anyone who wants to know how we got there, and where we go next, this is the book for you. With both nuance and wit, Greely makes you an expert too.”

Part of Greely’s mastery in telling the story of Jiankui’s experiment is how close he was to the narrative. He was directly involved in some of the events of the book and second-hand in others, offering a close account of what unfolded. He also personally knows many of the key players in the story. Beyond his “inside knowledge of the drama”—as Jacob Sherkow, Professor at University of Illinois’ College of Law and Affiliate of the Carl R. Woese Institute for Genomic Biology, writes—Greely also brings “a galactically expansive repertoire of the ethical, legal, and social contexts in which [the experiment] occurred.” No one is better poised to tell this story than Greely.

Although Greely disagrees with Jiankui’s methods, in CRISPR People he also considers what lessons we can learn from these unprecedented “CRISPR’d” babies. The cutting-edge science of germline editing has the potential to drastically alter human life as we know it, enacting far-reaching changes that not only affect the bodies and lives of the living but the fate of future generations as well. Gene edited babies are not—as alarmists might say—the signal of the end of the world or the beginning of the end for humankind, but instead a challenge for global scientific regulation and a trust exercise with the world.

Greely’s personal and unflinching account of Jiankui’s experiment grapples with the complicated ethical questions surrounding human genome editing and the many health and moral implications of the practice, but CRISPR People also raises the question: what does the twins’ birth mean, for science and for all of us?