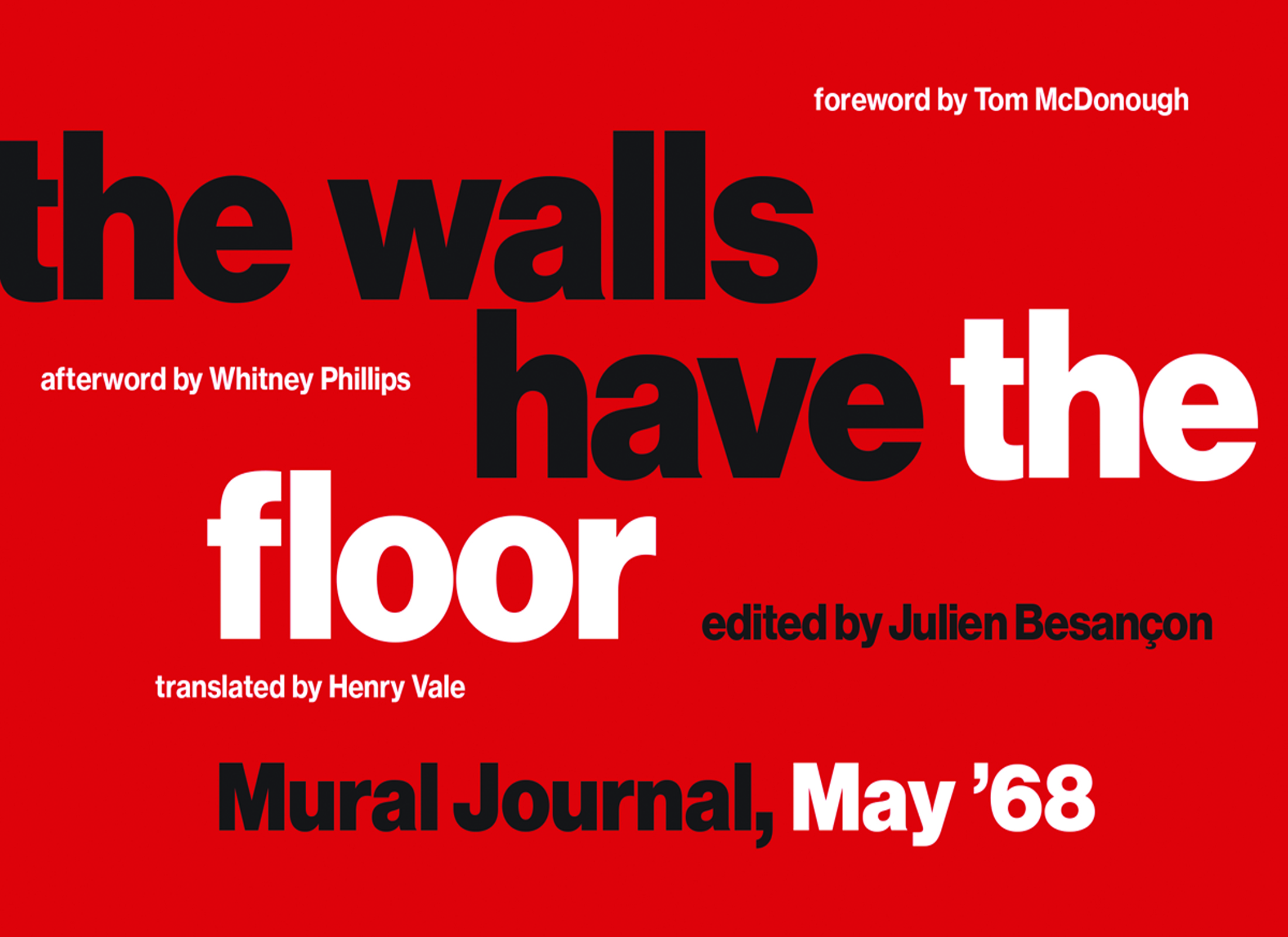 Fifty years and separate causes distinguish the outbursts of political frustration in France of December ’18 and May ’68, but one thing unites them: the graffiti scrawled on the walls and monuments of Paris. Below, Marc Lowenthal, Acquisitions Editor for Linguistics and Language who acquired The Walls Have the Floor: Mural Journal, May ’68, which documented the graffiti from May 68, traces the continuity of this seemingly timeless expression of political outrage from then to now.

The gilets jaunes, also known as the “yellow vest movement,” which grew out of frustration over a new gas tax proposed by French president Emmanuel Macron and a lower standard of living, has culminated with the violent riots that took place in Paris over this past weekend. The destruction wrought on the “City of Lights” appeared to shock France and the rest of the world, and didn’t even spare such sacred symbols of the Republic as a bust depicting Marianne, the well-known national symbol of France.

The degree of violence and upheaval has already drawn comparisons to the events of fifty years ago when massive student protests and worker strikes from the left of the political spectrum brought France’s economy to a near standstill. Whether this new leaderless upheaval proves to sustain such comparison remains to be seen (John Lichfield points out some reasons not to jump to such a comparison yet in the Guardian—one essential one being that May 68 was a joyous event, and this past weekend primarily exhibited rage and violence). But one thing that is immediately striking in the comparison is that—in this age of twitter revolutions, social media, and smartphone algorithms—the walls have again taken the floor, and old-fashioned spray paint has layered itself upon the Arc de Triomphe and its environs. The graffitied slogans and declarations present a similar range of expression to that of fifty years ago: of humor, threat, optimism, and quotations taken from anything from the Bible to an infamous utterance of the former president of France, Nicolas Sarkozy. Some of it even exhibits the same looping visual style of the most famous of the May 68 graffiti.

This uprising of anger appears to be rooted in a middle-class age bracket in the 30s and 40s, not the student body that was at the heart of the movement of 1968; and Macron makes for an unexpected stand-in for de Gaulle this round. But something is being announced, and in the streets, with a sensibility for guerilla marketing that had been so effectively on display in 1968. Except this time, instead of the famous slogan of ’68, “The beach beneath the street,” it appears to be the gasoline lying beneath the paving stones, not the beach.