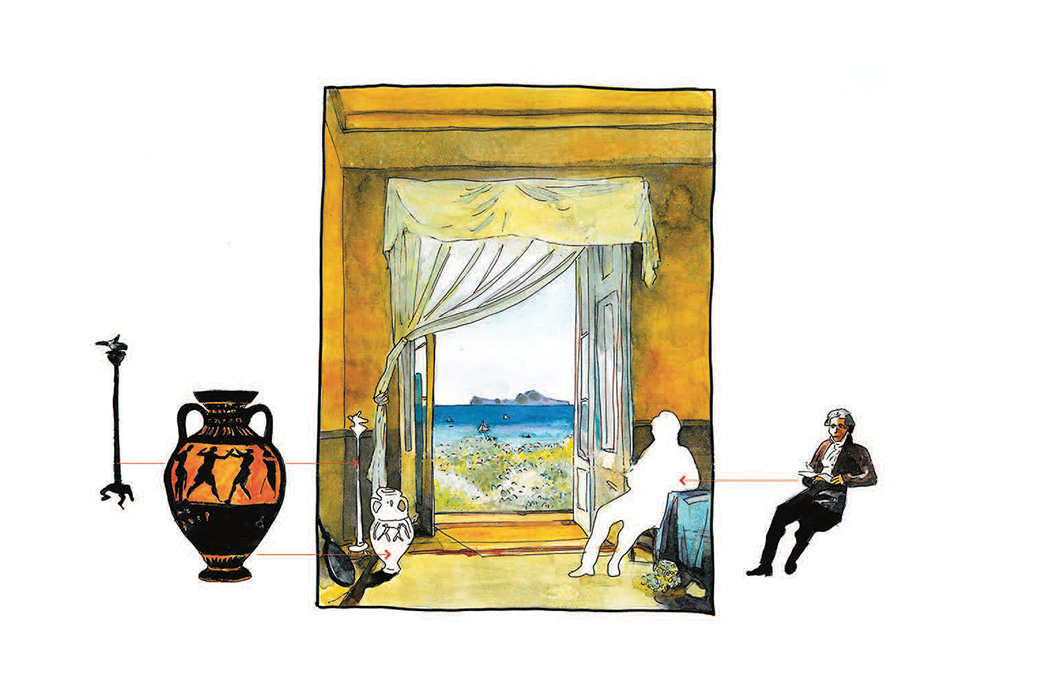 Our top book recommendations to transform your travels

As autumn settles in, seasonal travel may be on your mind. If you find yourself stuck at home or if your connecting flight has been canceled, you may need a good book to escape whatever travel purgatory awaits you. We compiled a collection of books for the armchair traveler seeking an enriching escape. Embark on a transformative journey of the self, travel boundlessly through hidden gems and mysterious villages, unveil thriving countercultures, and travel back in time.

Philosophy for Passengers by Michael Marder

What does it mean to be a passenger? In this philosophical guide to passengerhood, philosopher Michael Marder considers the act of travel and the act of passengerhood to be both equally as meaningful and as uniquely transformative. For Marder, a train ride is more than just a few hours’ meandering on an industrial track. It is instead the intimate transaction of time, intention, boredom, selfhood, and existence that connects all passengers in a shared ecosystem of humanity and duality. Travel in the twenty-first century is not dictated by an impressive feat of miles or innumerable transportation exchanges; instead, whether crossing oceans or commuting to work, a journey of understanding begins.

“In this inspiring book, Michael Marder invites us to make the most challenging trip, the one of thinking and sensing our passing existence, anchoring ourselves in the experience of passing and passages.”
—Marcia Sá Cavalcante Schuback, Södertörn University, Sweden

In this guidebook, architect and master of idiosyncrasies Peter Wilson presents Italy’s history in witty watercolor renderings and sketches of some of the country’s most impressive architectural triumphs. Playing upon the cultural mythologies that have long enticed expectant tourists to Italy—ranging from becoming a tortured painter’s muse, to copping architectural inspiration for an upcoming home renovation project—Wilson shares his own anecdotes to enrich our understanding of Italy’s cultural, historical, and architectural landscape. And while Italy’s history and architectural feats are triumphant, Wilson sheds the naivety which shrouds Italy in romanticization, hilariously humanizing historical figures and weaving architectural theory with its historical context that both illuminate its grandeur and contextualize its presence. Perhaps most importantly, we are reminded that romance is just as real as it is relative.

“Zickzack”, the German word for “zigzag”, means precisely what you’d think. Accomplished architect William Firebrace’s newest musings hop sporadically between destinations on the fringes of society where cultures, languages, and histories mingle—sometimes harmoniously, sometimes chaotically. In this travel guide for the frantic wanderer, Firebrace decloaks the rich histories of lesser-known cities in Germany, Poland, and France. Step aside Berlin, Warsaw, and Paris—zickzacking is for the adventurer who prefers instead to live like the locals rather than eat crepes beneath the Eiffel Tower.

“Firebrace is at once keen dragoman, critic, poet, constantly astonished spectator, and informal reporter. His curiosity is boundless.”
—Jonathan Meades

Zickzacking isn’t just for traveling. Hop around to these other MIT Press titles by William Firebrace. Reveal the many mysteries of the Mediterranean from its shores to its scarcely-traveled villages.

Getting Through: The Pleasures and Perils of Cross-Cultural Communication by Roger Kreuz and Richard Roberts

Language and language communication is integral to the nuanced social interactions that are tailored to their respective cultures. Before traveling abroad, it’s important to become familiar with the language and the culture surrounding that language. Have you ever wondered why some American customs, like greeting someone with an exasperated “It’s so hot today!”, may be considered disrespectful in other cultures? Or how close is too close when standing beside a conversational partner? The conundrum is that there is no one right answer across all cultures. In Getting Through, Roger Kreuz and Richard Roberts ease this conversational burden and offer a guide to understanding and being understood. Drawing on research from psychology, linguistics, and sociology, as well as personal experience and popular culture, Kreuz and Roberts explore the delicate dance of language connotations and social cues outside of their pointed objectivity which may otherwise illicit misunderstanding between cultures.

“Kreuz and Roberts provide a thoughtful and engaging introduction to the challenges of interaction across language barriers, packed with insights that will be valuable to all who find themselves talking at times to people from other linguistic communities.”
—Susan Fussell, Cornell University; editor of The Verbal Communication of Emotions

Explore other language books by Kreuz and Roberts, like Becoming Fluent: How Cognitive Science Can Help Adults Learn a Foreign Language.

London is one of the most popular travel destinations in the world. With no shortage of sights to see or history to learn, it is a hub of diverse culture and rich history. For those travelers seeking adventure off the beaten path, London researcher and photographer Tom Bolton introduces some of the city’s most revered and notorious neighborhoods and sites. From the most feared neighborhood in the Western world and the first high society spa resort to the stalking grounds of London’s first serial killer, Bolton peels back the layers to reveal London as it used to be.

Los Angeles is globally coveted for its lavishness. It’s the birthplace of film, a mecca for music, and the natural home of Hollywood stars. In this book, photographer Reynaldo Rivera memorializes the Los Angeles he knew best—a thriving culture of cheap rent, house parties, subversive fashion, and Latino gay and transvetite bars. This collection of almost 200 images selected by Hedi El Kholti and Lauren Mackler spanning more than two decades in Los Angeles and Mexico in the 1980’s and 90’s explores the glitzy old-style cinematic glamour of a socially ostracized—but thriving—reality.

“In his book, Rivera leaves behind an alluring yet candid record of interconnected communities at a moment in time.”
—LA Times

The Strip: Las Vegas and the Architecture of the American Dream by Stefan Al

Las Vegas: shrouded in the vigilante chaos of the Wild West, the dizzying glitz of neon lights, the undying legacy of Elvis, and the billion-dollar mega-casinos scattered across a tumbleweed-laden desert. In 2015, more than forty-two million tourists flocked to experience this dichotomy of glamour and dilapidation. In The Strip, architect and urban designer Stefan Al examines the many transformations of the Las Vegas Strip, arguing that they mirror transformations in America itself. Rather, The Strip is not a display of architectural freaks but is instead much more purposefully representative of the architectural trends in which a record of social, cultural, and economic change is apparent.

“The Strip takes a high-speed transect down one of the world’s most important streets as it evolved from a cowpath to the Las Vegas Strip, a tour which yields essential insights into larger American social dynamics.”
—William L. Fox, Nevada Museum of Art

In this book, urban planner and author James C. O’Connell charts the evolution of the Boston metropolitan area for prospective travelers and locals alike. From its country villages, streetcar suburbs, to exurban sprawl and expansive growth, Boston has remained a pacesetter for urbanization and suburban development for much of its history. O’Connell identifies nine layers of Boston’s suburban development, each of which is equipped with the necessary accessibility and functionality to meet the diverse needs across physical, social, and economic landscapes. With these eclectic audiences in mind, O’Connell offers unique locations to visit in each of Boston’s nine layers, so be sure to bring your copy along on your next trip to “The Hub.”

“A riveting history of one of the nation’s most livable places—and a roadmap for how to keep it that way.”
—Anthony Flint, Lincoln Institute of Land Policy; author of Wrestling with Moses

Forthcoming: The House at Capo d’Orso: A Sentimental Autobiography of a Holiday Home Built in the North of Sardinia in the Early 1960s by Sebastiano Brandolini

More than a sound roof to shield the elements or sturdy walls to weather them, a home establishes place and, more importantly, identity. It’s this placehood and identity that relies on its built environment and simultaneously enlivens it. Travel to the coast of Sardinia and step into Sebastiano Brandolini’s childhood memories. There sits a home on the rocky shore, emboldened in nostalgia where it remains warmed by the sun’s amber glow as it rises and sets against the Brandolini family’s loud smiles, soft cheeks, and wrinkled eyes. Moments like this still hang in the air here; for Brandolini, architecture isn’t so much about the calculation of construction as it is about the construction of heart. This window into the Brandolini family’s summer home illustrates how a house’s breath changes with its history, and how it influences art, connection, and the creative process.