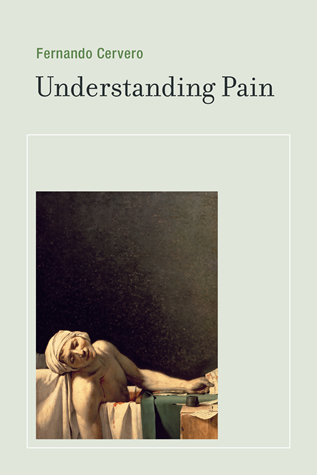 Pain is a biological enigma. It is protective, but not always. Its effects are not only sensory but also emotional. There is no way to measure it objectively, no test that comes back positive for pain; the only way a medical professional can gauge pain is by listening to the patient’s description of it. The idea of pain as a test of character or a punishment to be borne is changing; prevention and treatment of pain are increasingly important to researchers, clinicians, and patients. In honor of Pain Awareness Month, here’s an excerpt from Understanding Pain by Fernando Cervero. In Understanding Pain, Cervero explores the nature of pain: why it hurts and why some pain is good and some pain is bad.

Think about the simple act of buying a new pair of shoes. You try them on in the shop, think they fit quite well, and walk a few steps to make sure they are reasonably comfortable. After that simple test, you decide to buy them. You know from experience that the first few times you wear them they are going to hurt a bit. If you are unlucky they may hurt a lot. A minor rub that in the shop was almost imperceptible may develop into an unpleasant pain. It may take a while for your feet to get used to the shoes. Only after they stop rubbing the annoying sore spots will the pain go away.

The problem with your new shoes is the consequence of a unique property of pain sensation: its inability to adapt. Every other sensory experience, after a prolonged and constant stimulus, adapts to a lower level or even stops being perceived altogether. If you walk into a room and there is an intense odor, it doesn’t take long for you to stop perceiving the odor. You don’t hear the rumbling sound of your washing machine after a few minutes. Interestingly, you can tell when the washing machine stops, because you detect that the noise has ended even though by then you weren’t really hearing it. We have a powerful mechanism of sensory adaptation that eliminates a continuous noise or a persistent odor from our perceptual world and helps us to see in very bright or very dark conditions. Our senses are dampened by persistent and constant stimulation and are awakened by sudden changes and by contrasts. The alternating black and white stripes of pedestrian crossings and the two-tone sirens of fire engines and ambulances keep our senses alert to these important signals by preventing sensory adaptation. Nothing blunts our senses more than constant and uniform stimulation.

Pain is the only exception to the adaptation rule. In fact, pain not only doesn’t adapt; it produces the opposite effect: it amplifies as it persists. Hence the problem with your new shoes. In the shop you may not even have noticed the slight rubbing, and you would hardly have called it a pain sensation. Yet as this very small source of minor pain bombards your brain continuously, the tiny pain becomes progressively larger and larger. It amplifies to a point where wearing your new shoes may became torture. The amount of pain that you feel once the amplification process has set in is out of proportion to the minor rubbing. You are suffering the consequences of a process known as sensitization.

Using the tools of psychophysics (the science that studies the relationship between physical stimuli and the sensations they produce), sensory adaptation is revealed by a shift toward the right of the curve that relates stimulus intensity to sensory perception. This rightward shift means that after your senses adapt it will take a greater intensity of the stimulus to produce the same amount of sensation, and that your sensory threshold (the intensity at which you begin to perceive a stimulus) will be higher. However, when we use the same techniques to measure pain perception after a continuous painful stimulus, we note that the pain-perception curve has shifted in the opposite direction, toward the left, showing sensory amplification rather than sensory adaptation. Now, less intense stimuli produce more intense pain. We call this process hyperalgesia, meaning increased pain sensitivity. And because the pain threshold has also moved toward lower stimulus intensities, we may now feel pain at intensities of stimulation that hadn’t been painful before. We have a special word—allodynia—for the feeling of pain caused by stimulations that don’t normally produce pain. Allodynia and hyperalgesia are consequences of pain amplification, the properties that make pain unique among sensory perceptions and that demonstrate that pain doesn’t adapt to prolonged and continuous stimulation.

The pain caused by your new pair of shoes is trivial when compared to the pain of patients who suffer from chronic pain. A pain that doesn’t go away is a pain that increases and increases until eventually it dominates all aspects of a person’s life. The lack of adaptation to pain is what drives many chronic-pain patients to anxiety and then to depression. The pain is always there. You may learn to live with it, but it will never go away. Pain amplification can be helpful under normal circumstances because it helps you to take care of an injured body part. This is essential for the healing process, and it is a consequence of the protective nature of pain. For people with chronic pain, however, the amplification of pain sensitivity expressed as allodynia and hyperalgesia becomes the dominant symptom of their diseases and ruins the quality of their lives. Pain amplification adds suffering to the unpleasantness of chronic pain.