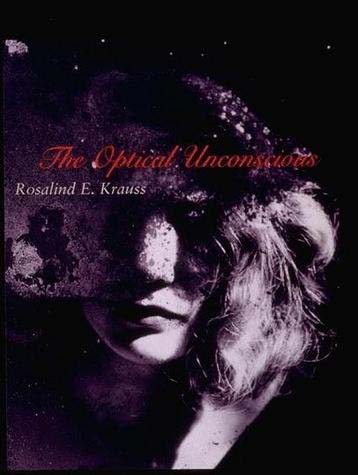 Happy Birthday, Virginia Woolf! In honor of Virginia, here’s an excerpt from Rosalind Krauss’ The Optical Unconscious. This passage touches on Virginia’s thoughts on Roger Fry and chess.

And her Aunt Virginia had also made a considerable place for chess in her biography of [Roger] Fry, remembering how he had transmitted his notion of the all-important Form to those young people of her, Angelica’s, own generation by means of Mallarmé on the one hand and chess on the other. “He would make them help to translate Mallarmé,” she wrote, “he would argue for hours on end with ‘terrific Quaker scrupulosity and intellectual honesty’; and he would play chess, and through playing chess bring them to understand his views on aesthetics.” The aesthetic views that were the very linchpin of Bloomsbury.

Which is why the idea that he cheated at chess, she thought, is so fantastic. Bunny had often spoken of how the two of them played, with Roger of course much the stronger, so that “he usually beat me fairly easily. But if I made an unexpectedly good move which put him in difficulties Roger would always try to find a way of altering the course of the game. He would pick up one of my pieces, start an exposition of what I might have done, and put the piece back on the wrong square.” And to underscore how bizarre it seemed, he would wonder, “I was never quite sure how far he was aware that he cheated at chess.”

With me it was a bit different, she thought, but not as much, as she remembered those rare times when an inspired move of hers would put the outcome momentarily in doubt. “Oh, I don’t think it was wise to move your bishop,” Fry would say. “Better go there with your knight.” And at that, she smiled ruefully as she thought of the disarray that inevitably followed, would do the trick.

That he cheated at chess was all the more peculiar in that it was through their sense of the utter honesty of his account of his experience, his refusal to report on what he did not feel ,that he held his huge audiences in the Queen’s Hall so completely rapt. No matter the work on the screen might be apparently unengaging, or that the black-and-white slide was upside-down. They were watching the greatest art critic of his or any age in the act of reacting, of allowing to well up within him in that very moment the wave of aesthetic emotion. “He added on the spur of the moment,” says Virginia Woolf, “what he had just seen as if for the first time. That, perhaps, was the secret of his hold over his audience. They could see the sensation strike and form; he could lay bare the very moment of perception. So with pauses and spurts the world of spiritual reality emerged in slide after slide—in Poussin, in Chardin, in Rembrandt, in Cézanne—in its uplands and its lowlands, all connected, all somehow made whole and entire, upon the great screen in the Queen’s Hall.”