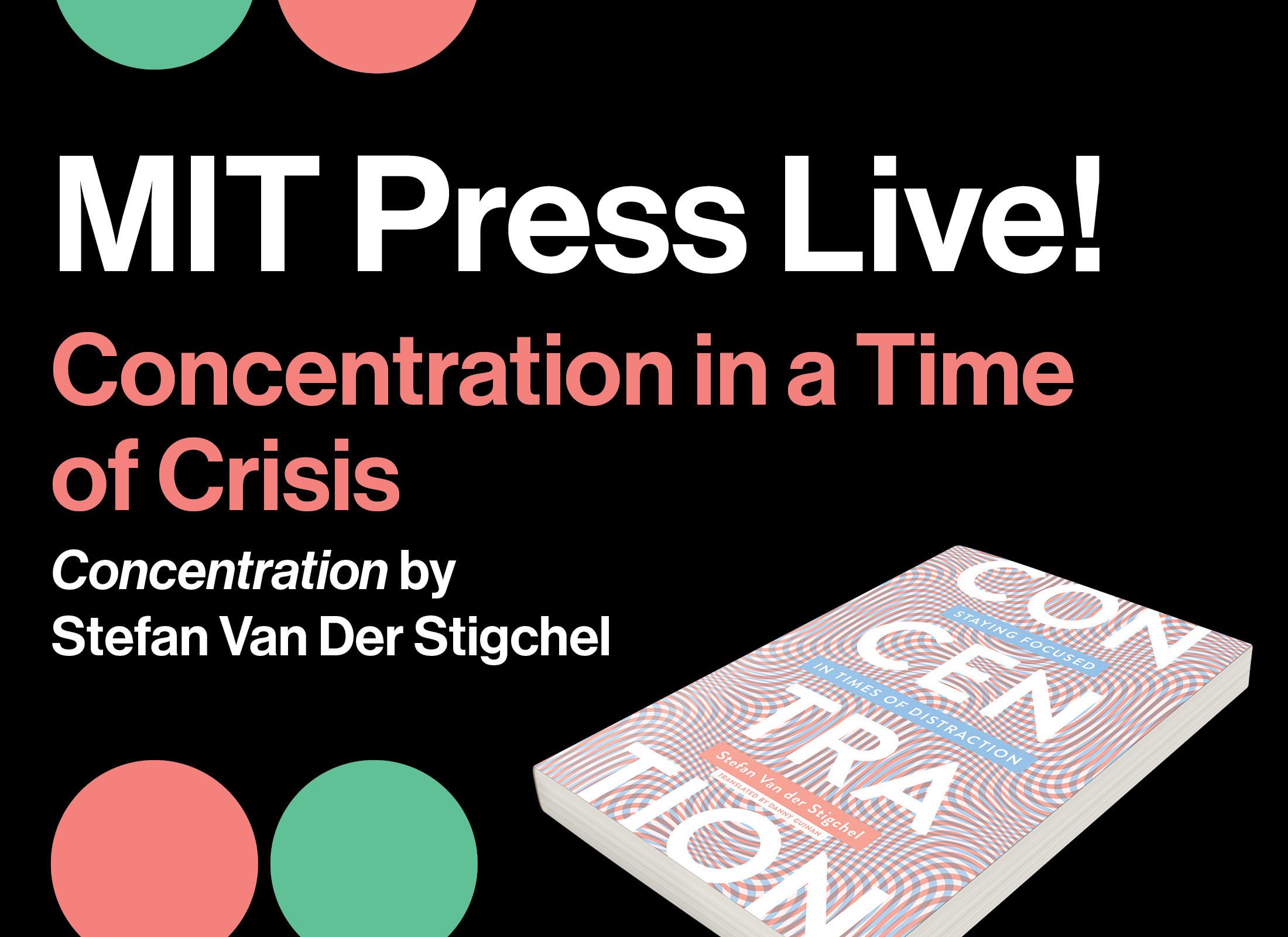 We are in the midst of an attention crisis—caused in large part by our smartphones. There’s a constant stream of information that we are powerless to withstand because it shows up in our notifications. More and more of us are finding it harder and harder to concentrate. In Concentration, attention expert and cognitive psychologist Stefan Van der Stigchel explains how concentration works and offers advice on how to stay focused in a world of beeping smartphones, channel surfing, live-tweeting, pop-up ads, and other distractions.

The good news, Van der Stigchel reports, is that we now know more about brain and behavior than ever before, and he draws on the latest scientific findings in his account of concentration. He explains, among other things, that the battle for our attention began long before the digital era; why our phones are so addictive; the importance of working memory (responsible for executing complicated tasks) and how to increase its capacity; and why multitasking is bad for our concentration, but attention rituals help it. He describes the 2017 Oscars debacle (when the Best Picture presenter was given the wrong card) as a failure of multitasking; argues that daydreaming can be good for our concentration; and shows that the presence of a passenger in a car reduces the risk of an accident. He explains the positive effects of taking “tech breaks” (particularly in natural surroundings), meditation, and even daydreaming. We can win the battle for our attention, Van der Stigchel argues, if we have the knowledge and the tools to do it.

Stefan Van der Stigchel is Professor of Cognitive Psychology at Utrecht University and the author of How Attention Works: Finding Your Way in a World Full of Distraction (MIT Press).