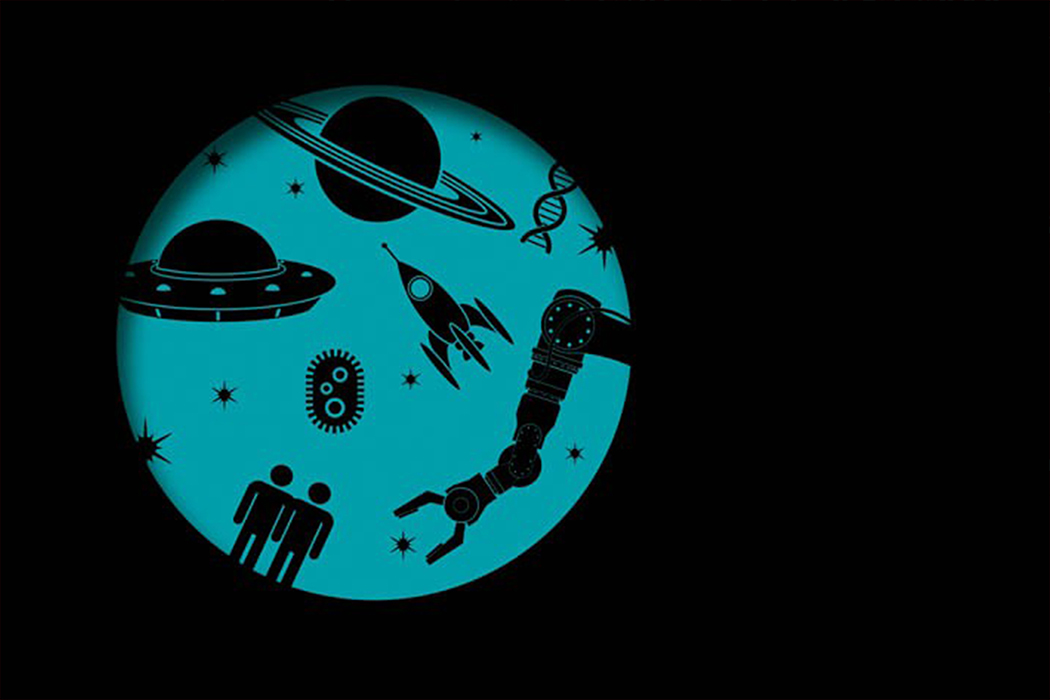 An excerpt from Science Fiction by Sherryl Vint

It has become axiomatic to say that the world is becoming like science fiction (sf). From mobile phones that speak to us (reminding Star Trek fans of tricorders), to genetically modified foods, to the Internet of Things and the promise of self-driving cars, people in industrialized nations live immersed in technology. Daily life can thus at times seem like visions from the pulp sf of the 1920s and 1930s—either a world perfected by technology, manifested in events such as the 1939 World’s Fair, with its theme “The World of Tomorrow”; or a dystopian nightmare, such as Aldous Huxley’s Brave New World (1932). 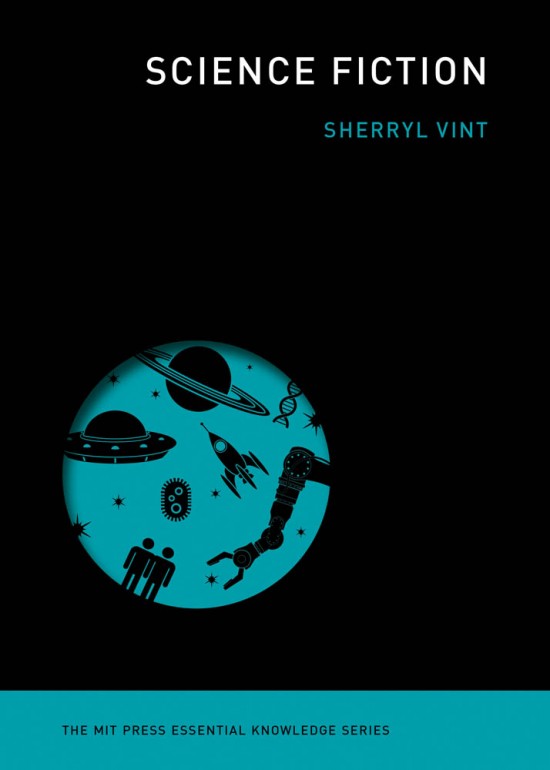 Although there may be no precise demarcation of what the term science fiction denotes, certain images or narratives immediately come to mind: enhanced mobility via rocket ships or flying cars; immersion in digitized environments, from virtual entertainments to perhaps digitally transferring one’s consciousness to a new body; and the idea of the future, which may include radically different citizens such as self-conscious robots or genetically modified people, perhaps even aliens. A set of images thus conveys the core of science fiction, even if the boundaries at its edges are indistinct, a situation further complicated by the fact that different communities have diverse ideas in mind when they claim the label and try to define the genre it describes. Many fans and scholars of sf, for example, argue that its print form is inevitably more nuanced than media versions, a claim confusing to twenty-first-century audiences for whom “science fiction” is often synonymous with widely known media texts such as Star Trek, which has been on television or film screens in myriad iterations since 1966.

Idiosyncratic definitions and squabbles about the minutiae of genre borders will thus not get us very far. Science fiction is better conceptualized as a tendency, a phenomenon Gary Wolfe describes as a style that evaporates into and permeates much cultural production today. Istvan Csiscery-Ronay Jr. argues that we should understand sf as a mode rather than a genre, a way of experiencing the world that has become normalized in recent decades. He uses the term “science fictionality” to describe this way of perceiving and evaluating things as “if they were aspects of a work of science fiction.”

These struggles over terminology illuminate one of the central tensions that has shaped the sf community as long as we have used this label: Is science fiction predominantly a genre that has to do with plausible scientific extrapolation, perhaps even with educating the public in scientific literacy? Or is it predominantly a literature of social change, often using futuristic technologies to establish that its stories take place in different worlds, but remaining more interested in social than scientific change? And how might sf help us conceptualize and respond to a world that has begun to resemble sf, in ways both marvelous and malign?

My preference is to understand science fiction as a cultural form that offers an “everyday” language for thinking about and responding to daily life in twenty-first century. Its engagement with science and with the motifs of sociotechnical culture—interplanetary travel, digitized experience and communications, genomic modification, artificial intelligence (AI), and more—is metaphorical, whether the worlds it posits might actually happen or not. The genre asks questions about the impact of science and technology on human experience, values, and ways of living, and even when it explores these issues through scenarios that science tells us are impossible, the genre uses such symbols to comment upon otherwise unnoticed aspects of our ordinary world.

Grasping what science fiction is then, requires understanding that this tension between scientific extrapolation and social change lies at its heart. It adopts a range of aesthetic styles and thematic preoccupations as it explores how the world might be otherwise. But Science Fiction focuses on what they share at their core: a vision of the world made otherwise and the possibilities that might flow from such change. My goal is to provide neither a detailed history of the genre nor a comprehensive listing of its most important works. Rather, following John Rieder, I am interested in focusing on what science fiction can do, how it has been described by a variety of constituencies in distinct ways for multiple ends.

If we are living in a science fiction world, this book aims to help us articulate more precisely what that means and to prompt us to think about actively managing—rather than passively awaiting—this future.

Adapted excerpt from Science Fiction by Sherryl Vint. Copyright © 2021 by Sherryl Vint. All rights reserved. No part of this excerpt may be reproduced or reprinted without permission in writing from the publisher.