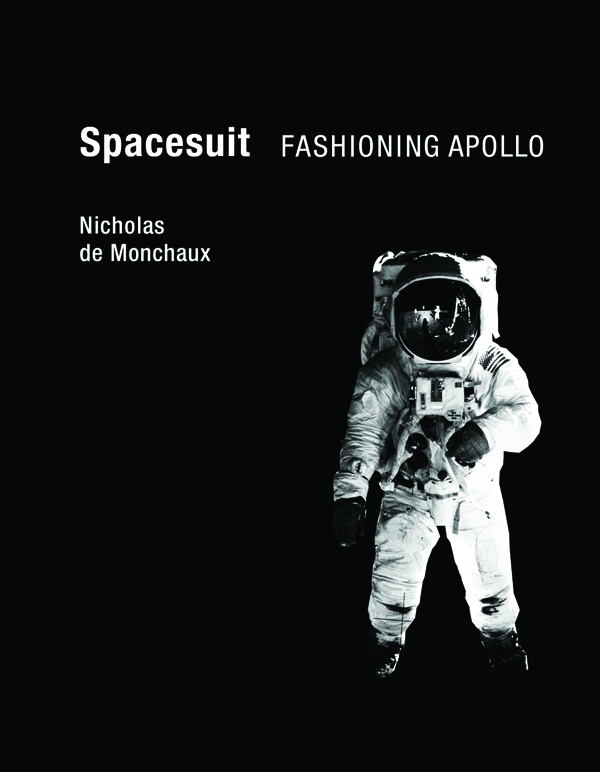 Why is this spacesuit soft?

On July 21, 1969, only 21 layers of fabric, most gossamer-thin, stood between the skin of Neil Armstrong and Buzz Aldrin and the lethal desolation of a lunar vacuum.

These lines open Nicholas de Monchaux’s Spacesuit: Fashioning Apollo which tells the story behind the competition between Playtex and the defense industry to design the spacesuit astronauts would wear on the moon; a competition Playtex won. The beautifully designed book unfolds in layers rather than chapters. Twenty one layers—the number of layers of fabric worn by Neil Armstrong as he became the first to step foot on the moon.

This is not just a history of the spacesuit, not just a story of David vs. Goliath, but a lesson for all of us de Monchaux says, “Like the lessons of evolution that govern physical design in natural systems, they are as much in the possibilities opened up by change, as in change itself. These lessons teach us to see the future in context, as a set of possibilities and not a scripted scenario. Instead of creating spaces in our imagined, often masculine image, we may better create new looks, like Dior, out of second glances at the material we have already to hand. These adjacent possibilities offer an essential catalyst to our complex, and common, future.”

Bonus: Warner Brothers has hired a screen-writer to adapt this amazing story into a film.