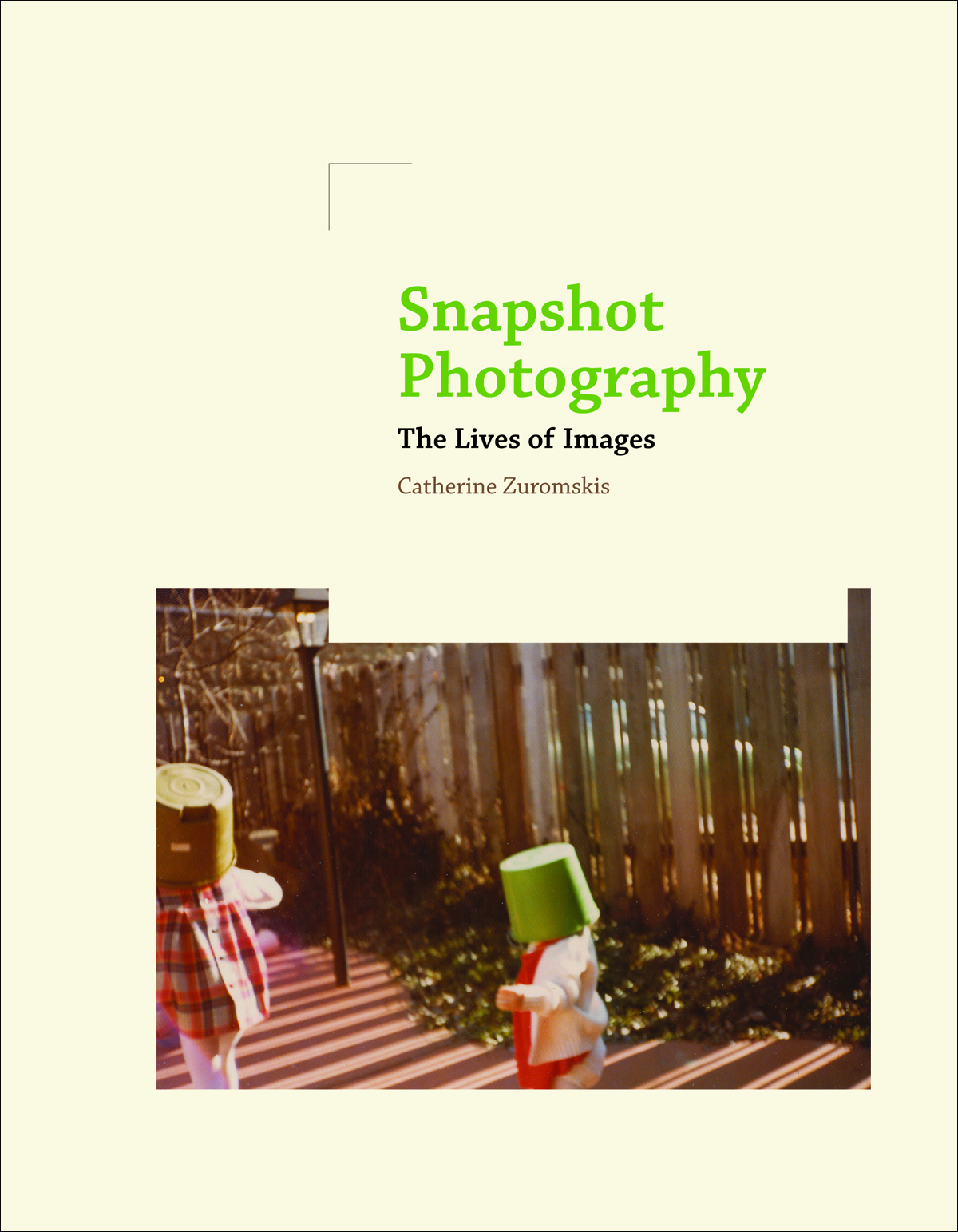 For World Photo Day we have a guest blog post from Catherine Zuromskis, author of Snapshot Photography: The Lives of Images. Enjoy!

August 19 is World Photo Day. The day commemorates the release of the first practical photographic process, daguerreotype, to the public 175 years ago in 1839 in France. While the event has been observed in the past on local and community levels, this year also marks the 4th anniversary of the World Photo Day project, which observes the anniversary on its website (http://www.worldphotoday.org/) with an annual online photo gallery featuring photographers and images from around the globe and a list of World Photo Day events it helps to promote.

Many contemporary cultures share a fondness for the cathartic succinctness implied by anniversaries and birthdays—the known moment when something suddenly came to be provides a kind of existential assurance not unlike that of the photographic trace itself.  And it seems particularly fitting that a technology that seems to so effectively embody modernity’s singular fixation with time, its precision, acceleration, and fragmentation, would have an annual celebration on a particular day. What is interesting about celebrating the anniversary of photography, however, is the fact that photography’s origins are spectacularly diffuse. Not only was photography “invented” by, one count suggests, no less than 24 different individuals of various nationalities, many of whom had no knowledge of each other’s experiments, but the process of “invention” itself took place over the course of at least a decade. Moreover, while the daguerreotype process was historically significant because its inventor, Louis-Jacques-Mandé Daguerre, struck a bargain with the French government to release his invention to the world free of charge (in exchange for a life-long governmental pension), spawning a photographic portrait industry almost overnight, the process itself is quite distinct from what we think of as silver-based photography today (much less the digital process that has made silver-based photography all but obsolete). The daguerreotype was a direct positive, meaning that it lacked the reproducibility so commonly cited as a definitive characteristic of photography. And early daguerreotypes had minutes-long exposure times, making photographs of people extremely difficult—a far cry from the casual snapshooting that we take for granted today.

It would be easy, then, to pass off World Photo Day as a desire to reduce a complex and multifaceted historical period of conception and invention to an overly simple “Eureka” moment. But the organizers of the World Photo Day project understand photography in a rather different way. Though they cite Daguerre and his process (as well as Nicèphore Nièpce, understood by many photo scholars to be the true “inventor of photography” for the images he produced as early as 1826), they see photography as less a technology and more of a social practice. Photography, according to their website, is a “passion,” a mode of “communication,” and a transformative way of perceiving the world and our social relations. As the website states with an air of incredulity, “There was once a time when photography didn’t exist.” And herein is, to my mind, the most interesting thing about World Photo Day: the way it reminds us to move beyond the photograph as simply an object, a technology, or even an image (though it is also all of those things), and instead to think of photography as a framework through which we understand ourselves and the world. In my book Snapshot Photography: The Lives of Images, I argue, for example, that the common practice of snapping personal photos of friends, family, vacations, and personal milestones is bound up not only in individual affections and the desire to record a life, but also in cultural norms of family, politics, and social convention. Thus whether the photograph is a unique vintage daguerreotype or a viral digital image circulated on Facebook or Imgur, we can perceive a photographic continuity through the desires, impulses, and conventions that define photographic practices in all of their variety.

Photography itself might, then, be understood as a medium that embodies its diffuse origins.  It is shifting, idiosyncratic, and multiple, yet together, its many manifestations are profound. From a contemporary perspective, it is indeed hard to imagine life without it.