The holiday season is upon us. And that means shopping for those who matter most. So, what do you get for the intellectually curious people in your life? We’ve hand-picked some interesting and informative books that will entertain and educate even the pickiest member on your holiday shopping list.

Covering everything from the importance of online privacy, to the food we eat, to the science behind Game of Thrones, these books provide meaning and value that can be carried through to the new year and beyond.

We’ve broken down our top picks this holiday into helpful categories. From the space geek to the art enthusiasts, find the perfect book for every book lover in your life.

FOR THE TECH GEEK 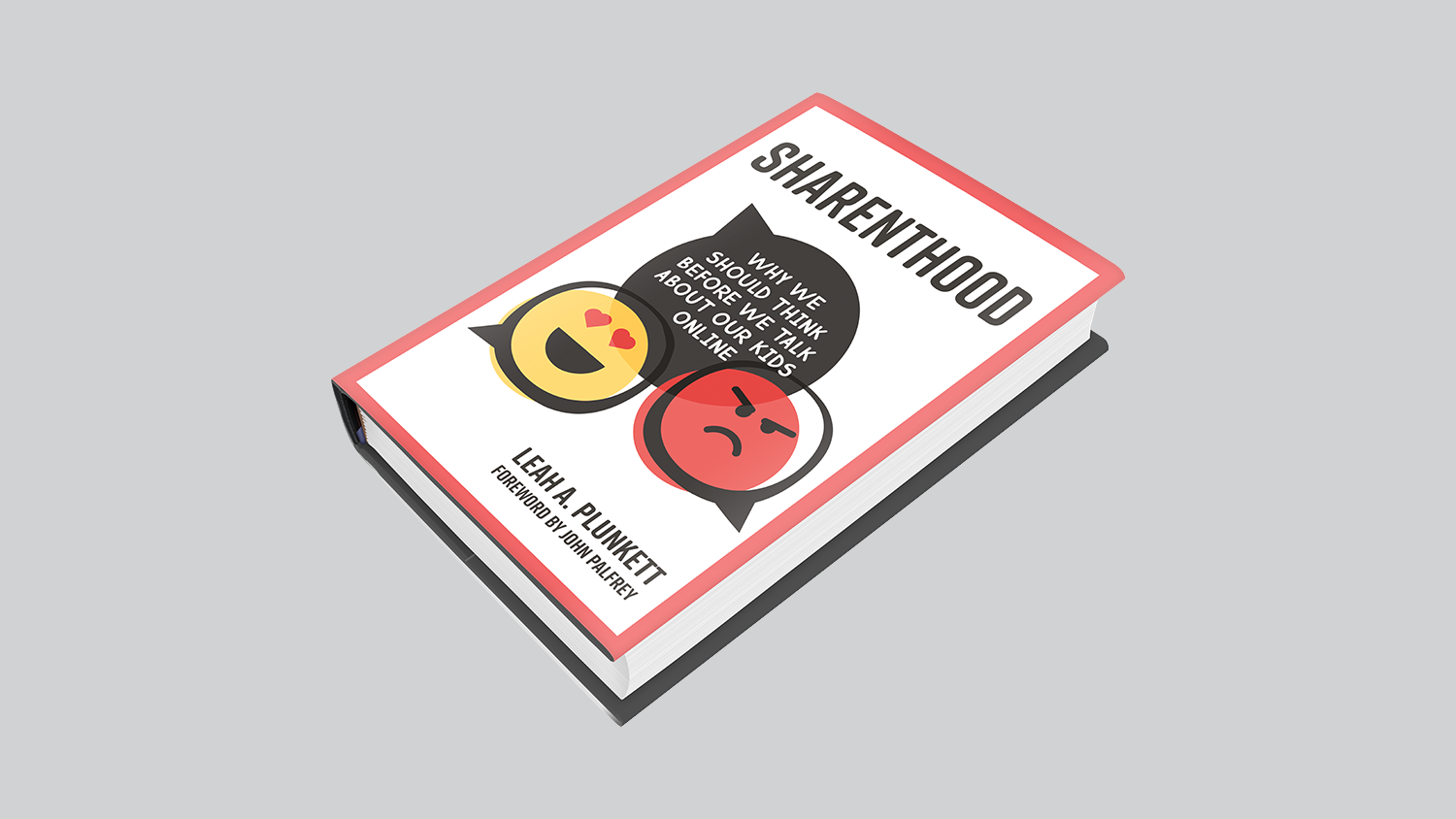 Why We Should Think before We Talk about Our Kids Online

From baby pictures in the cloud to a high school’s digital surveillance system: how adults unwittingly compromise children’s privacy online.

“Plunkett is describing a set of questions about data and privacy that many of us already grapple with. Yet it all seems particularly nefarious in the context of children, for whom a defining condition of life is that they are captive to forces they cannot possibly grasp…. [Sharenthood’s] most gripping moments come when she imagines scenarios that seem both far-fetched and, when you think more deeply about the direction of technological innovation, a bit inevitable.” 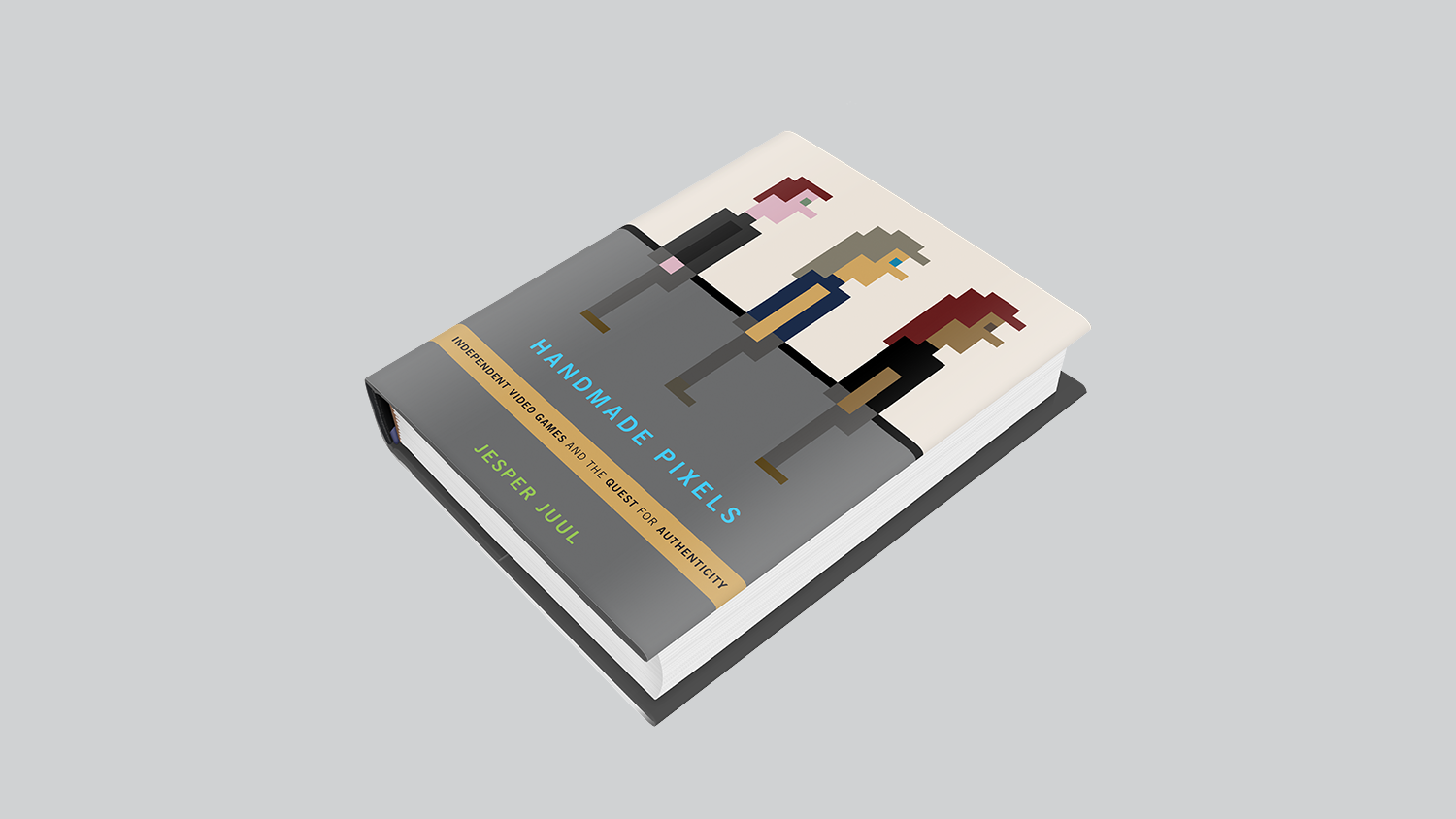 Independent Video Games and the Quest for Authenticity

“Handmade Pixels traces the history and cultural topography of independent games. By framing the medium as a cultural crusade for authenticity, it achieves the near-impossible: a single theory to unify myriad contested histories written by a diverse and competing array of artists and entrepreneurs. It is a fascinating read.”

— Bennett Foddy, Associate Arts Professor at the NYU Game Center; designer of QWOP and Getting Over It with Bennett Foddy 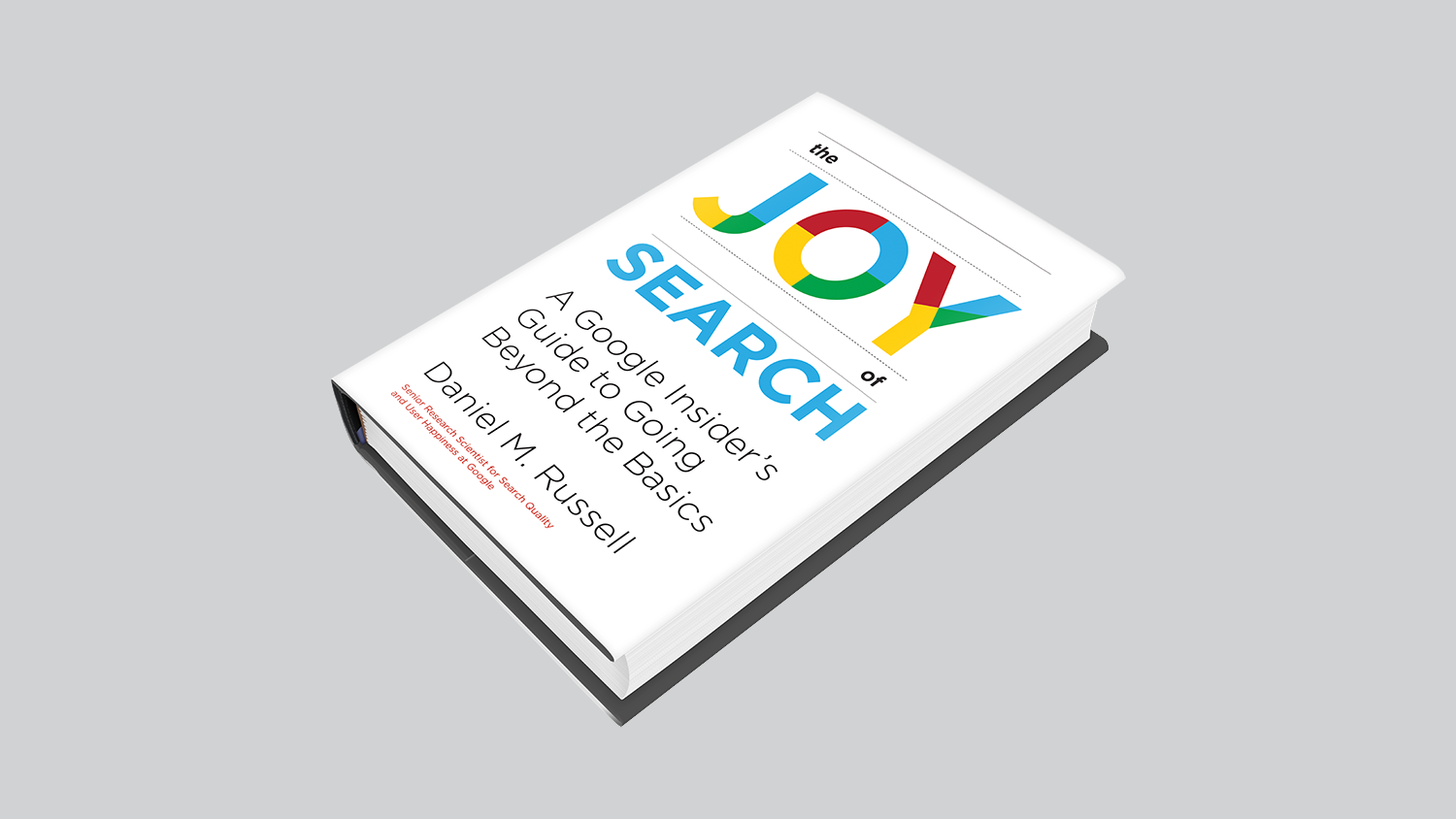 The Joy of Search

A Google Insider’s Guide to Going Beyond the Basics

How to be a great online searcher, demonstrated with step-by-step searches for answers to a series of intriguing questions (for example, “Is that plant poisonous?”).

“From killer lakes to Mudejar stars, you’ll learn the best ways to scratch your itch of curiosity. Russell shows how important research is and how to upgrade your research skills for the internet era.”

— Matt Cutts, creator of the first family-safe filters for search engines at Google; staff member at the U.S. Digital Service 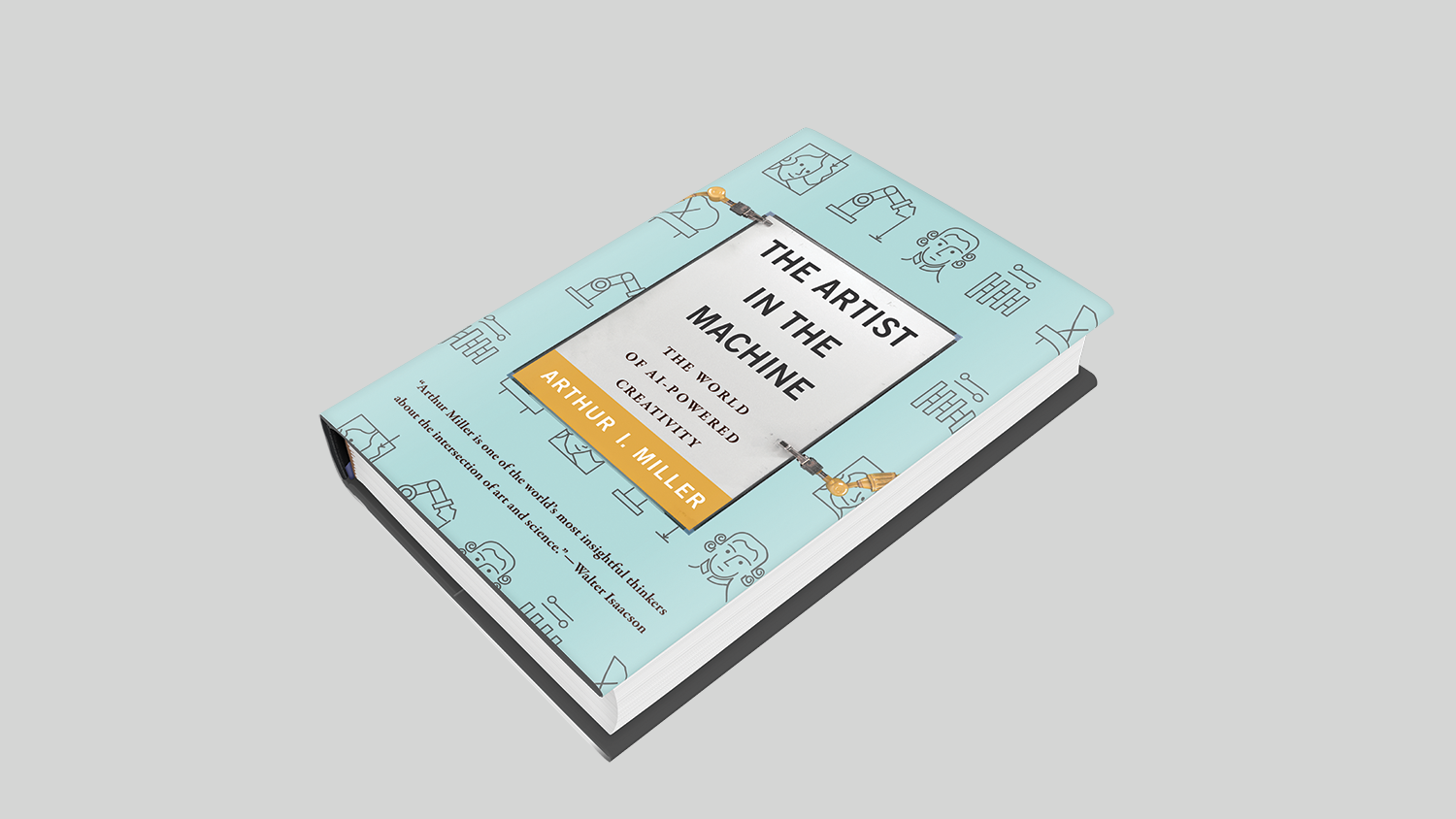 The Artist in the Machine

The World of AI-Powered Creativity

By Arthur I. Miller

An authority on creativity introduces us to AI-powered computers that are creating art, literature, and music that may well surpass the creations of humans.

“Arthur Miller is one of the world’s most insightful thinkers about the intersection of art and science. In this profound book, he takes on a key question in the impending age of artificial intelligence: Can computers be creative? Readers will be fascinated by his analysis of the unexpected talents of computers and also the more fundamental issue of what creativity actually is. It’s an important book for anyone who wants to understand the role we humans will play in a technologically driven future.” 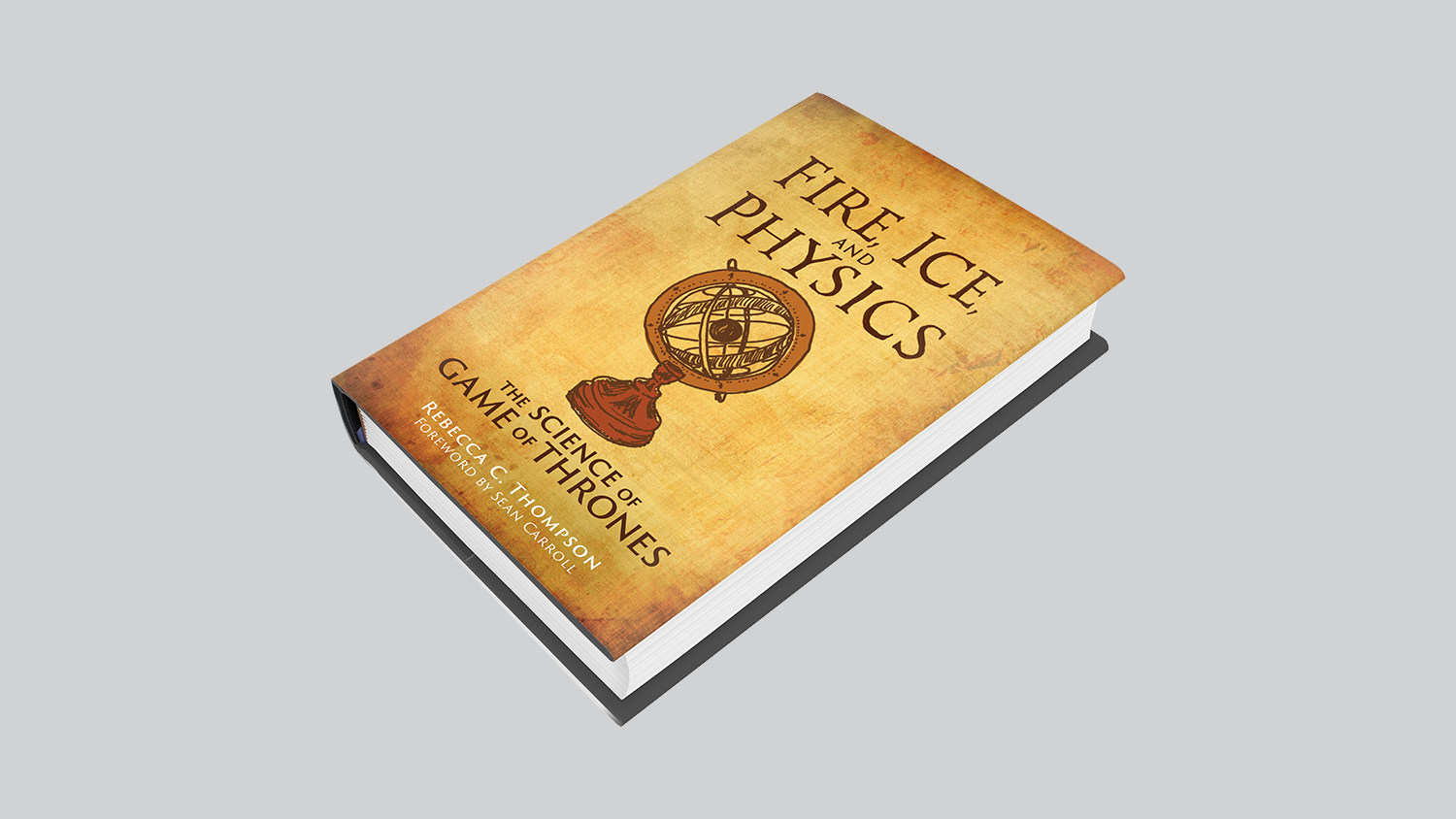 The Science of Game of Thrones

Exploring the science in George R. R. Martin’s fantastical world, from the physics of an ice wall to the genetics of the Targaryens and Lannisters.

“An exciting and informative read for fans of the show who often asked “how would that really work?” and it’s a must-read for new fans who will binge-watch the whole series in the future.”

The Science of Breaking Bad

All the science in “Breaking Bad”—from explosive experiments to acid-based evidence destruction—explained and analyzed for authenticity.

“Fans of Breaking Bad will especially enjoy reading this entertaining and informative book, as will students of chemistry — and even those who teach chemistry — because the book (and the series) makes this valuable scientific discipline so fun and accessible to the public.” 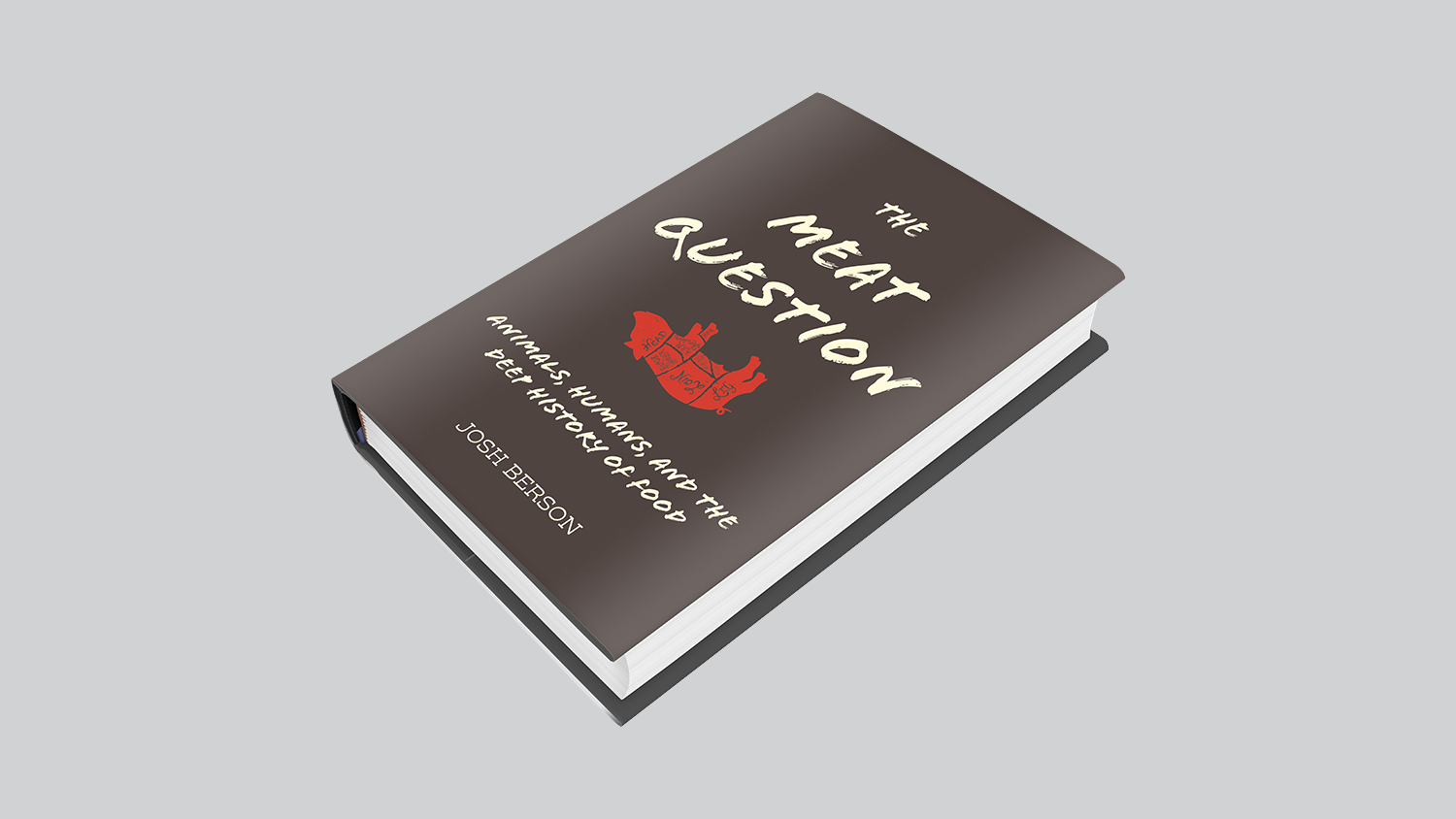 Animals, Humans, and the Deep History of Food

A provocative argument that eating meat is not what made humans human and that the future is not necessarily carnivorous.

“In this thrilling reassessment of two intertwined claims about meat’s role in human society, Josh Berson provides a thorough account of the assumptions, misreadings, and mistaken conclusions that lead to valorizing meat. The Meat Question shreds the mythology and reveals the pathology of believing meat contributed to advancing civilization.

— Carol J. Adams, author of The Sexual Politics of Meat and Burger 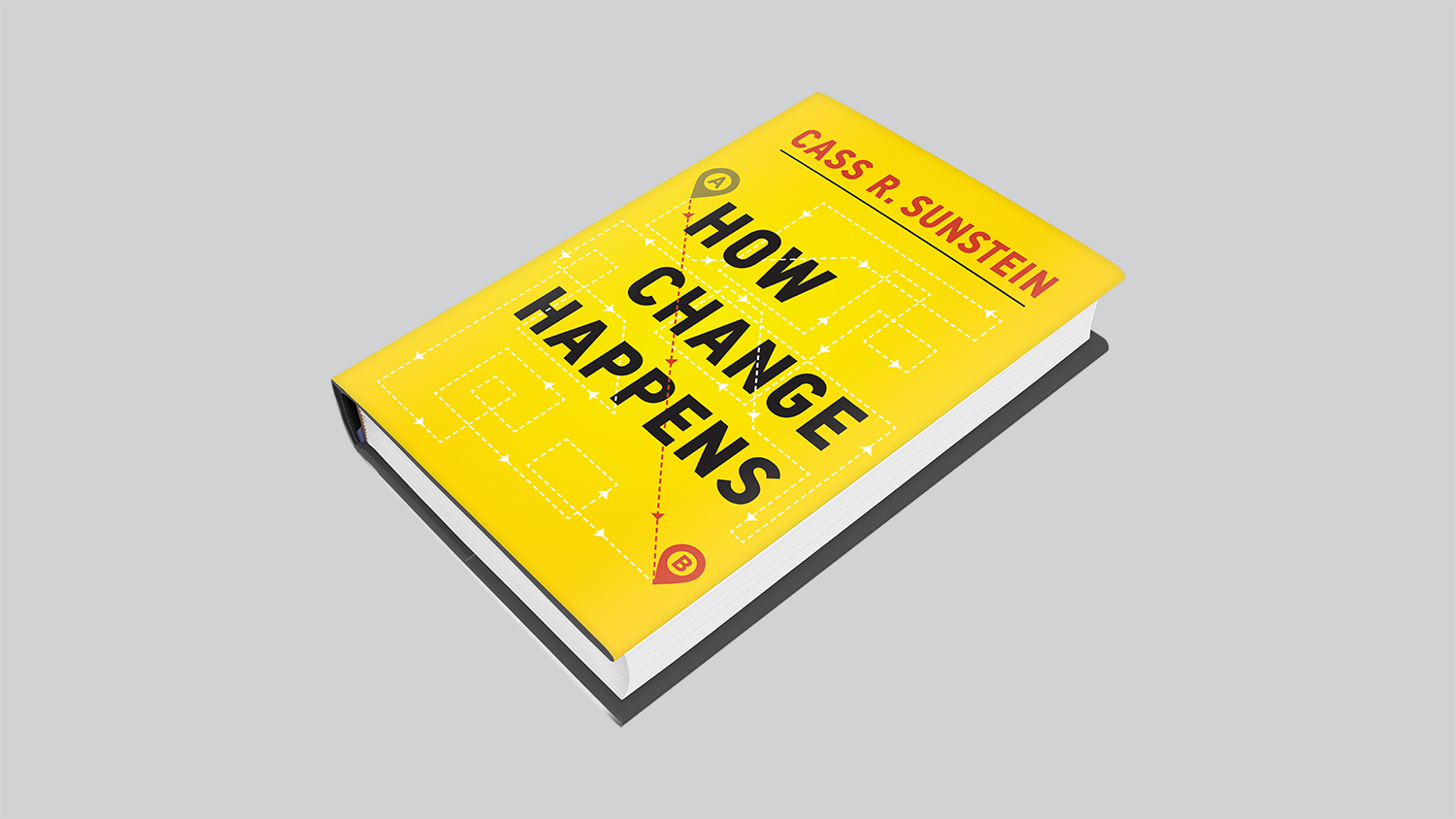 The different ways that social change happens, from unleashing to nudging to social cascades.

“For those lamenting the status quo, and questioning whether change is possible, Cass Sunstein provides a ray of hope. Integrating insights from his own, and others’, research on topics such as social norms, group polarization, and pluralistic ignorance with his intimate knowledge of law and public policy, Sunstein provides a road map of how change can and does happen. Characteristically wise and erudite, How Change Happens is a must-read for those who want to understand, and help to instigate social change.”

FOR THE SCIENCE BUFF 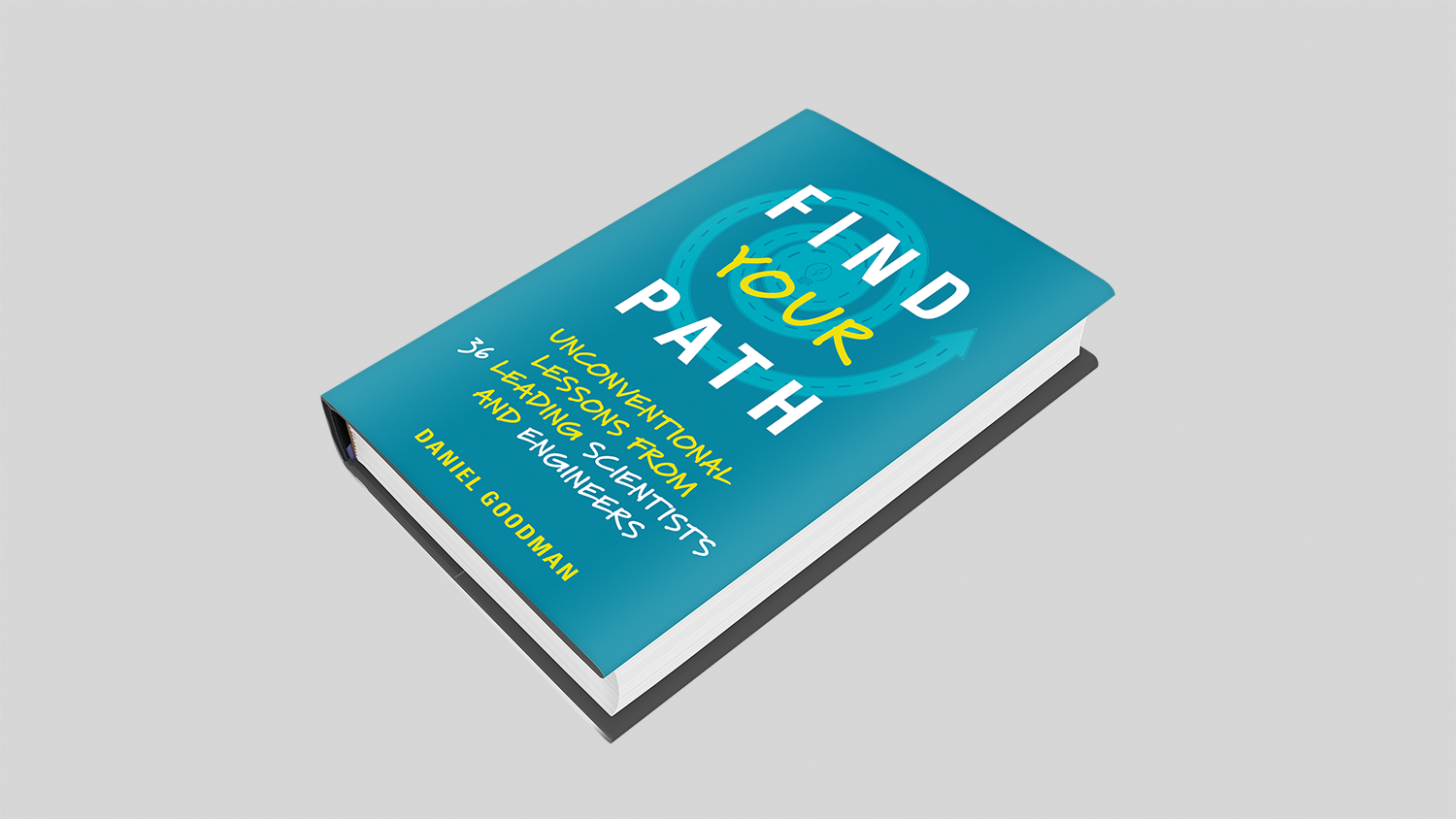 Scientists offer personal accounts of the challenges, struggles, successes, U-turns, and satisfactions encountered in their careers in industry, academia, and government.

“Goodman has captured a compelling set of career stories from a fascinating group of scientists and engineers. These diverse innovators and leaders are models for us all, with their tales of challenges and triumphs, perseverance and risk taking, and plain good and bad luck. — Roger Falcone, Professor of Physics, University of California, Berkeley 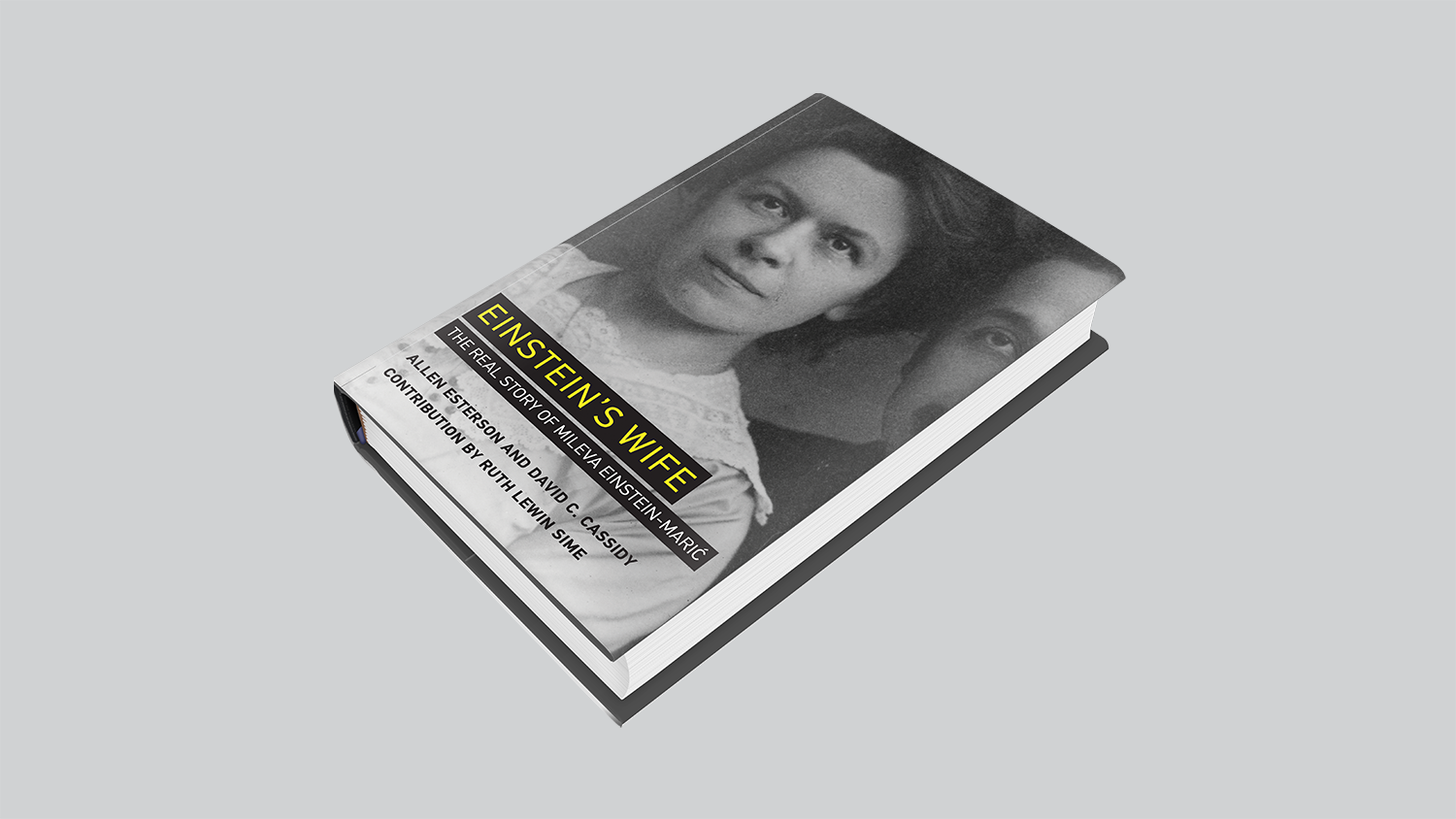 The Real Story of Mileva Einstein-Marić

“Ultimately, the authors conclude, buying into myths about Mileva Einstein-Marić does her a further injustice by denying her a unique place in scientific history…Hers is ‘the very human, real story of a fallible, yet brave and determined young woman who, for various reasons, was not able to fulfill her dreams for the career and marriage she had hoped for.’ Given the barriers women in science still face, her story remains relevant.”

FOR THE ART CONNOISSEUR 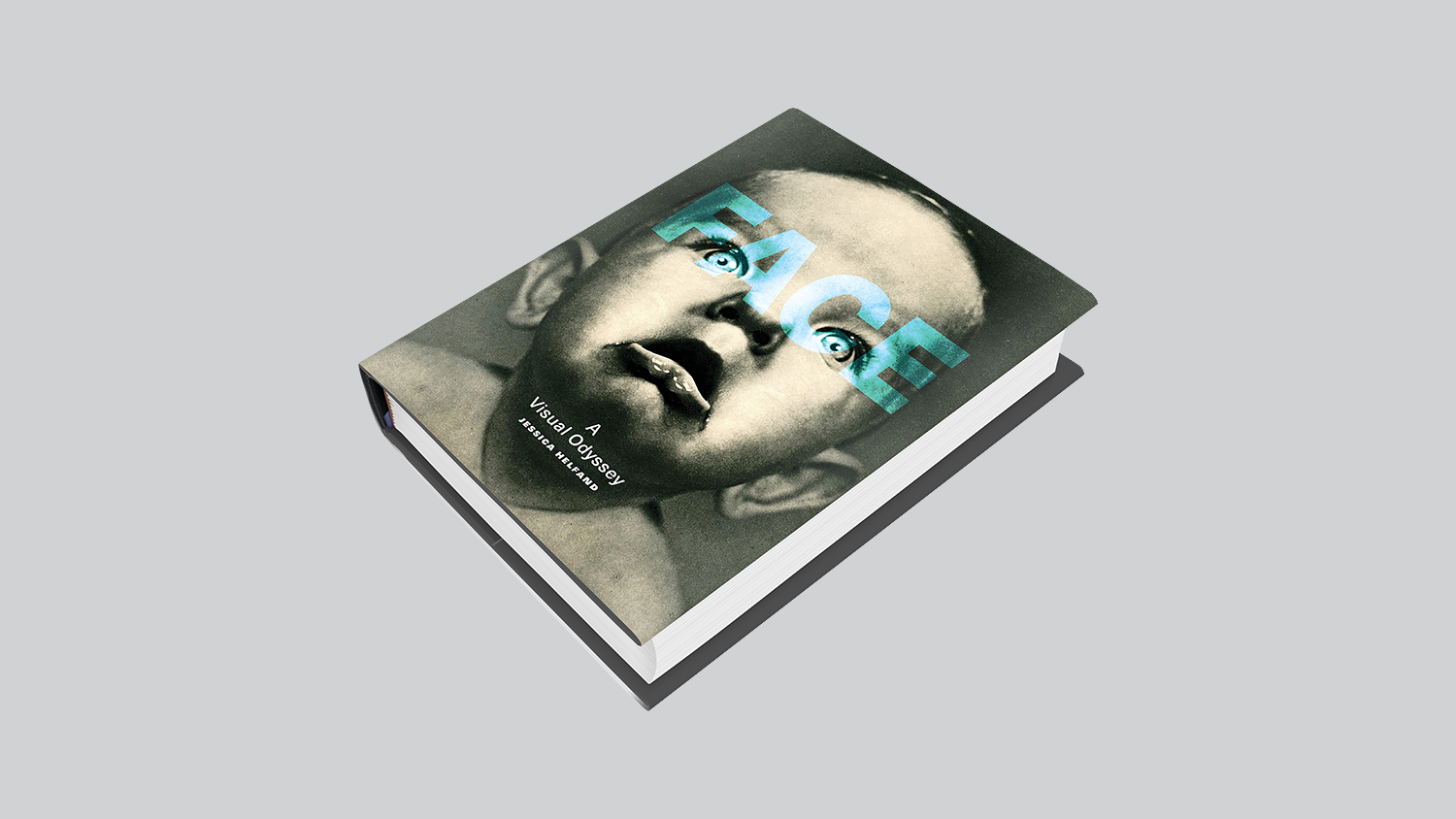 An elaborately illustrated A to Z of the face, from historical mugshots to Instagram posts.

“Everything you ever wanted to know about the face, plus lots you never knew you would want to know — and a few things you wish you didn’t. Endlessly fascinating. A must-read as well as a treasury of images.” 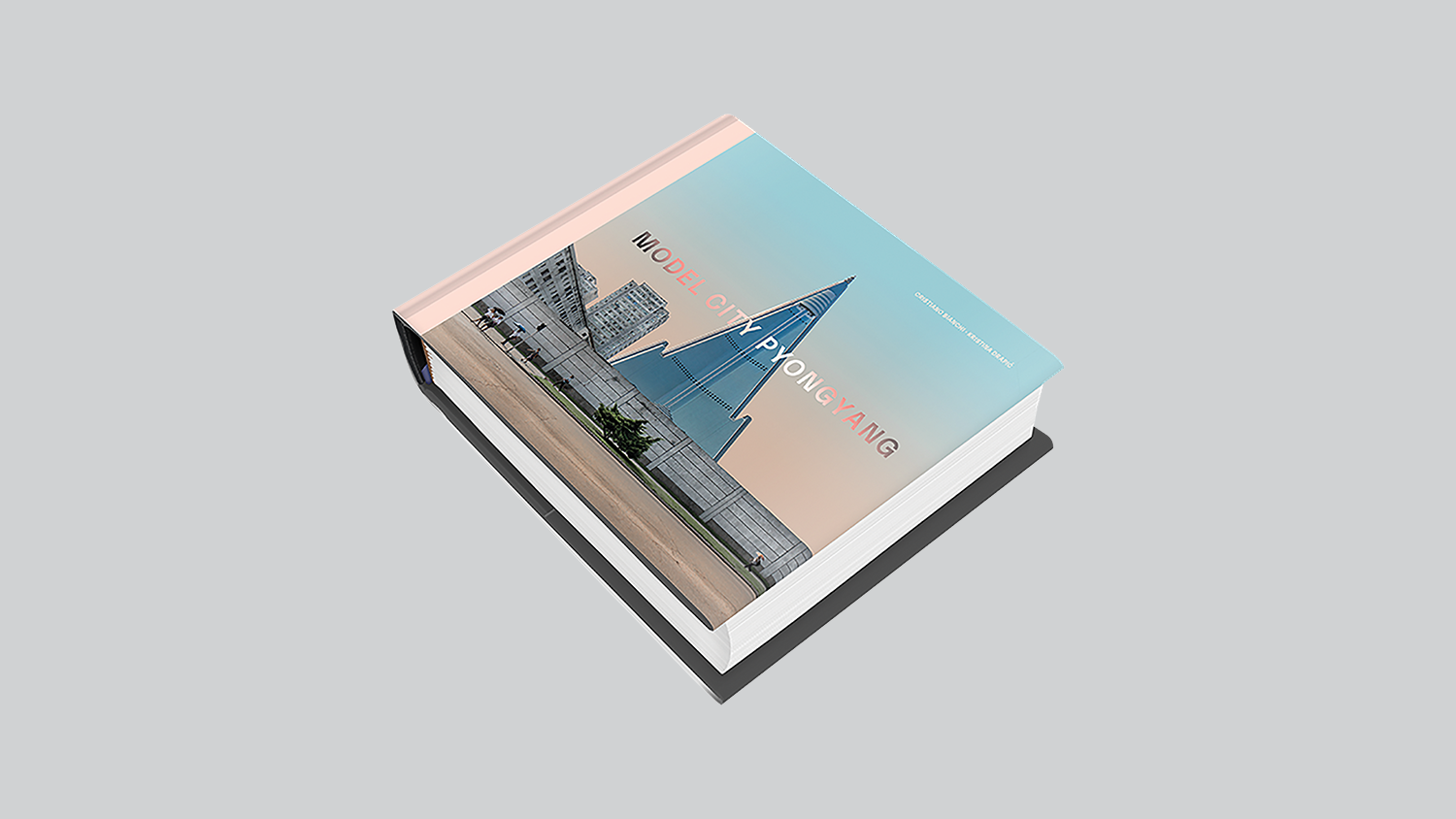 By Cristiano Bianchi and Kristina Drapic

A photographic journey through the architecture of North Korea’s “model” utopia.

“[Model City] is at once an architectural guide and a photographic odyssey that across 224 pages documents and elucidates both the past and the increasingly intriguing present-future of North Korea’s capital… an essential addition to the developing literature on visual culture in North Korea.”

FOR THE BIG THINKER 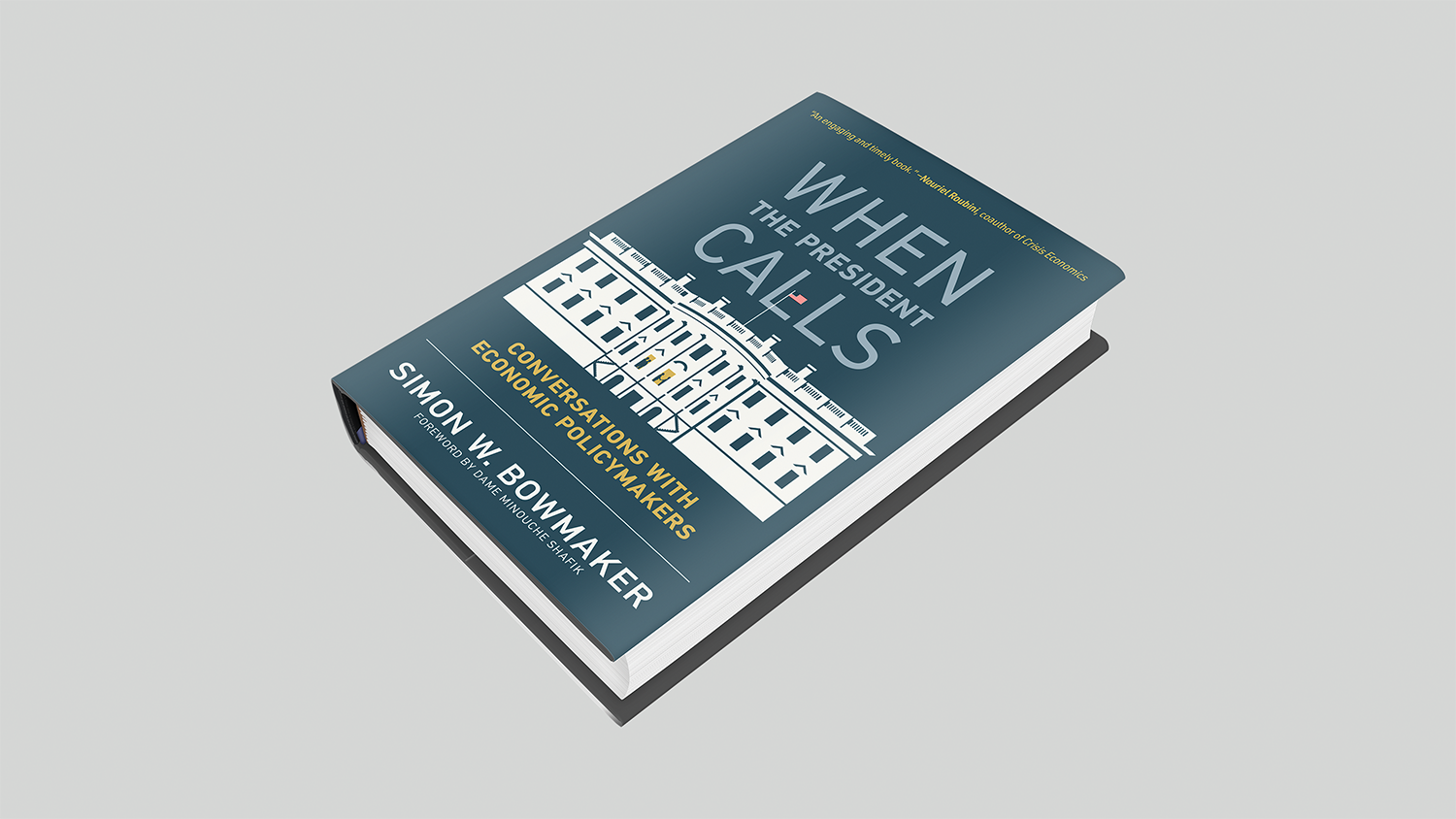 When the President Calls

Interviews with thirty-five economic policymakers who advised presidents from Nixon to Trump.

“You don’t have to be an economist to understand or want to read this book, because Bowmaker has skillfully obtained plain English explanations from some very smart people of how economic advice is constructed, and most importantly, how it is conveyed to the president. You’ll enjoy it from beginning to end.” 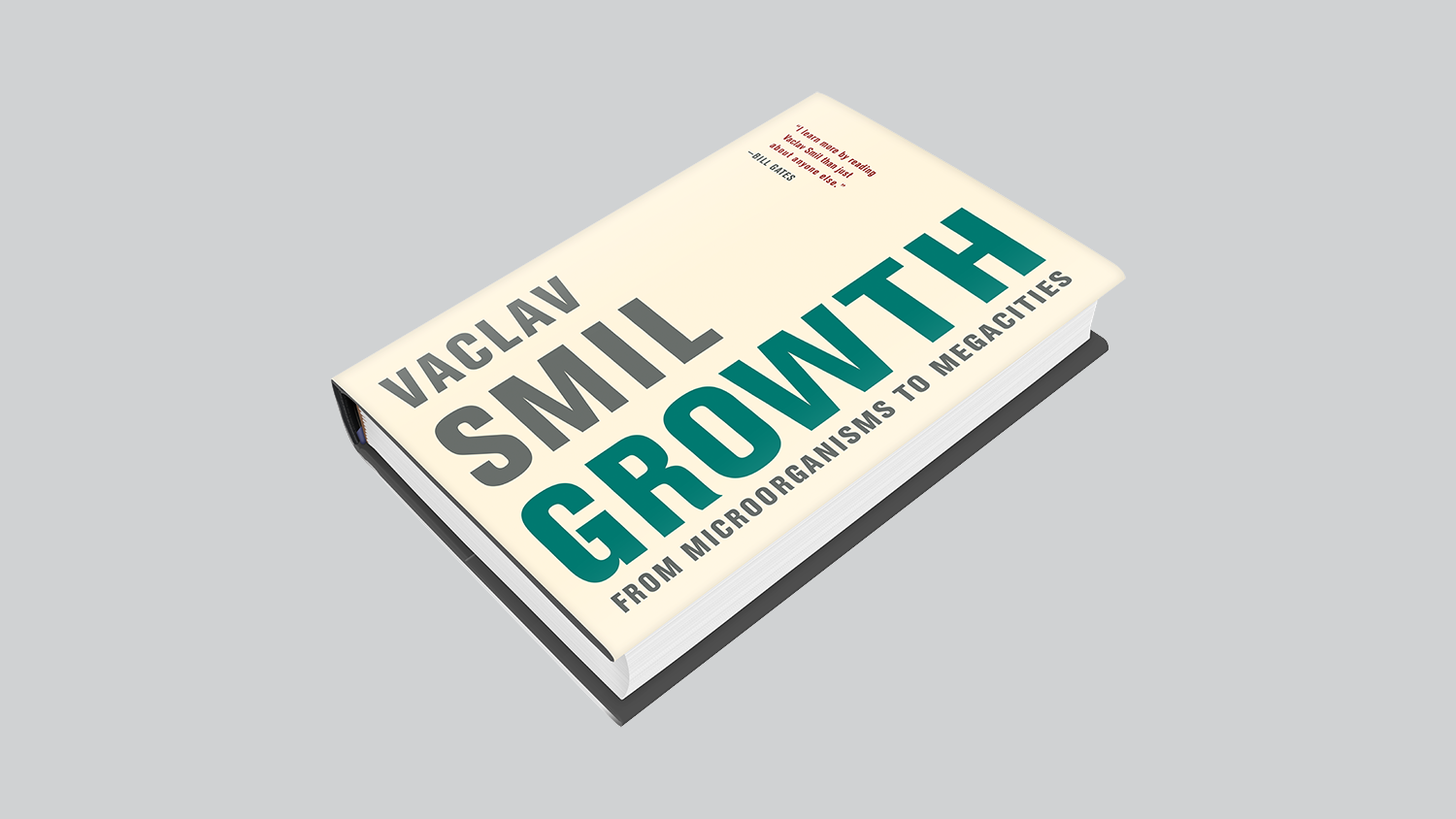 From Microorganisms to Megacities

A systematic investigation of growth in nature and society, from tiny organisms to the trajectories of empires and civilizations.

“Smil, whose research spans energy, population, and environmental change, drives home the cost of growth on a finite planet. It is high: polluted land, air and water, lost wilderness, and rising levels of atmospheric carbon dioxide… Growth urges us to think differently. That is desperately needed to manage the trade-offs in making renewables more efficient, improving economic incentives for fast adoption, minimizing environmental degradation and bettering lives in a swelling population.”

FOR THE SPACE GEEK 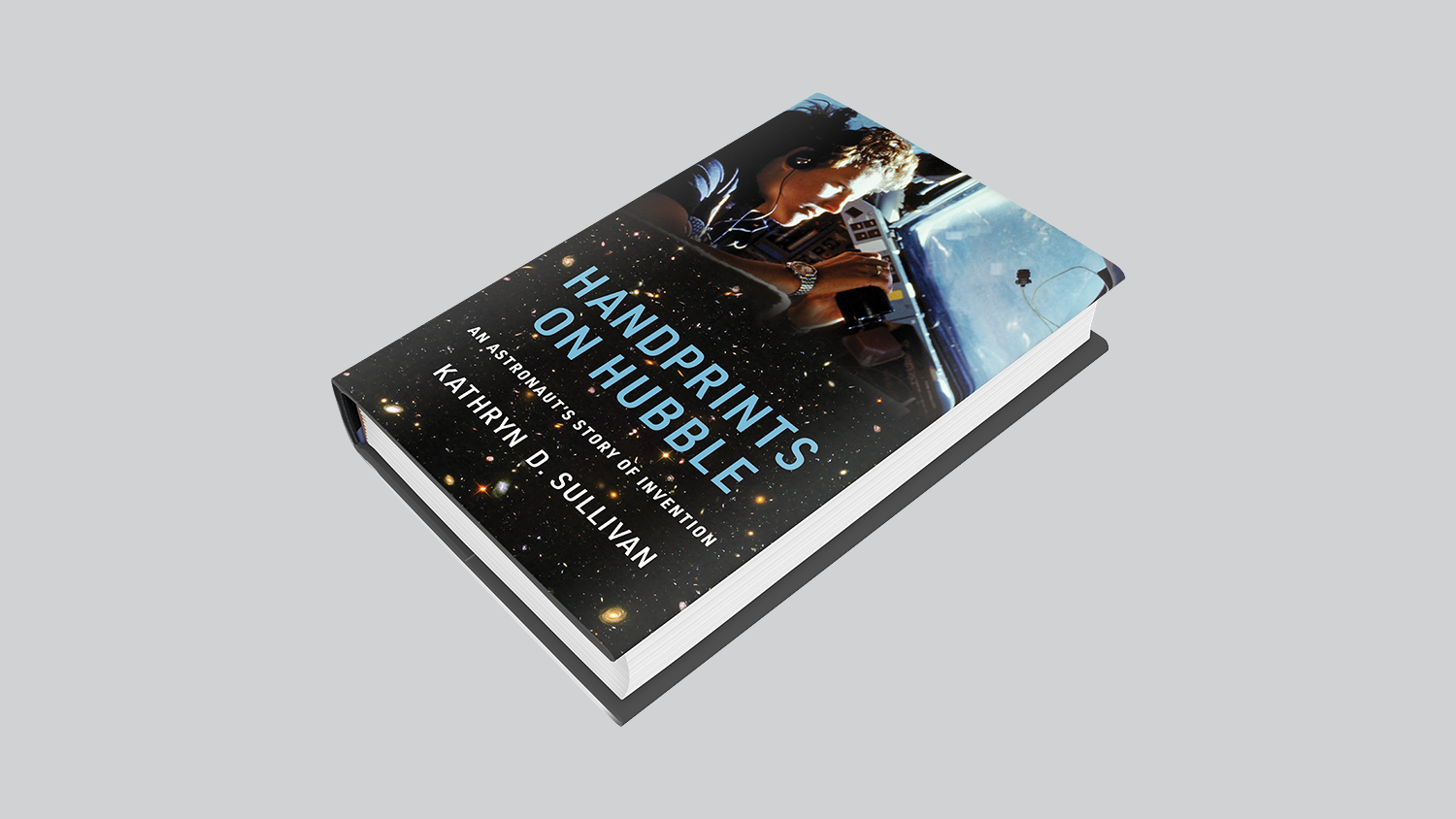 An Astronaut’s Story of Invention

“Dr. Sullivan starts out headed for the bottom of the sea. Soon, she flies us 200 miles above the sky, using her head, heart, and hands to solve problem after problem— and help us take in views that are out of this world. She does it all with her veneer of astronaut cool, of course. What an adventure—no wonder she loves it.” 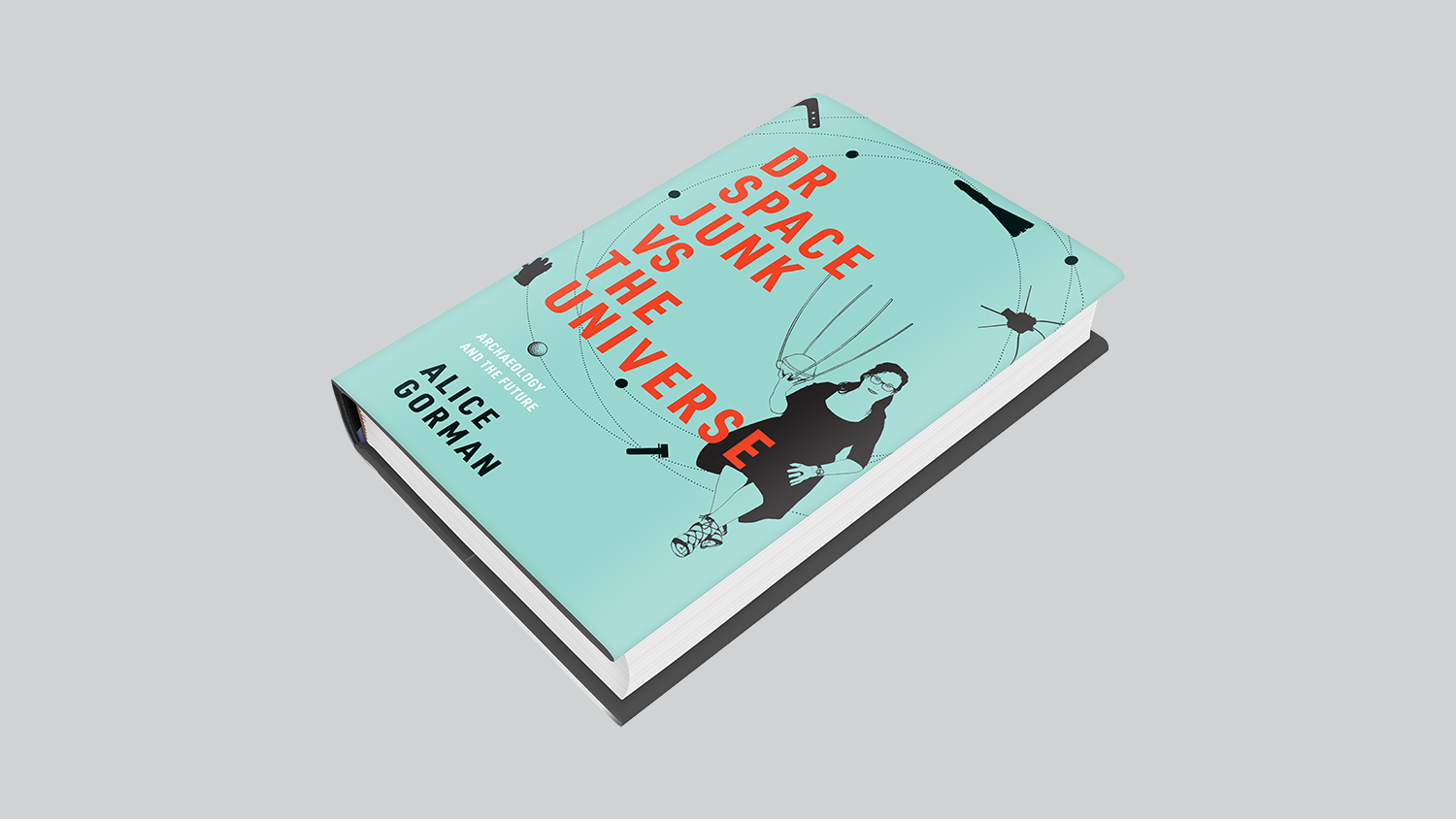 Dr. Space Junk vs the Universe

Archaeology and the Future

A pioneering space archaeologist explores artifacts left behind in space and on Earth, from moon dust to Elon Musk’s red sports car.

Alice Gorman’s unique book is far more than a look at the space debris that is orbiting Earth; rather, this mesmerizing tour of human effects on our planetary space and on neighboring worlds will leave readers with a completely new sense of the solar system. Bravo!