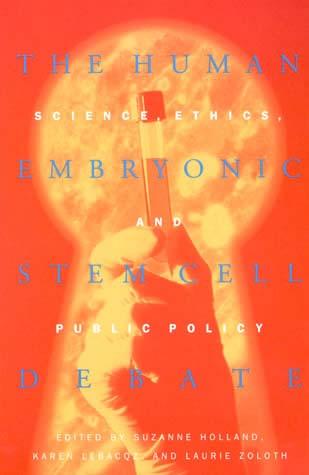 We’re approaching the home stretch of our 50th anniversary series. For the 40th post, we’re celebrating The Human Embryonic Stem Cell Debate: Science, Ethics, and Public Policy edited by Suzanne Holland, Karen Lebacqz, and Laurie Zoloth and The Illusion of Conscious Will by Daniel M. Wegner.

The following is an excerpt from the book:

The answers to these questions take us to the topic of stem cells, defined as cells that can both renew themselves in the undifferentiated state as well as differentiate into descendent cells that have a specific function. The prevailing view is that among organs with self-renewal capability, resident stem cells are capable of periodically (or continuously) providing new populations of functional, differentiated cells that can replace those lost by normal physiologic turnover or even some types of catastrophic losses due to injury or disease. When we donate blood, hematopoietic feedback loops respond by stimulating bone marrow stem cells to accelerate production of replacement blood cells. This concept was developed and applied therapeutically in allogeneic bone marrow transplantation. Here, hematopoietic stem cells from one healthy individual are transferred to the patient, thereby repopulating the patient’s entire blood system.

Most stem cells have limited potential to form only certain differentiated progeny cells. Hematopoietic stem cells can produce only blood cells, skin stem cells can produce only skin cells, and soon. This principle generally hold despite provocative observations that, under certain circumstances, a blood stem cell, for example, can be coaxed to produce a nerve cell (Bjornson et al., 1999, 283) or liver cell (Petersen et al. 1999, 284). Restriction of differentiation potential, however, is characteristic of most stem cells that have been isolated and studied to date. The only certain exception is the embryonic stem cell, which can give rise to literally all cells and tissues of the body. Embryonic stem cells are therefore called pluripotent. Although derived from very early embryos, they are not themselves embryos and cannot under any circumstance develop by themselves into whole animals or humans. 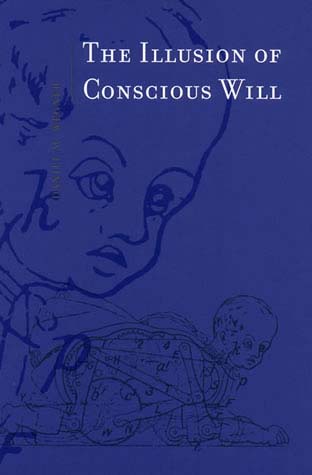 The Illusion of Conscious Will

David L. Wilson reviewed The Illusion of Conscious Will in the November/December 2002 issue of American Scientist. Here’s an excerpt from the review:

“Wegner, a psychologist who has done some interesting experiments concerning the role of willing in human behavior, points to numerous cases of mistaken beliefs—the belief that we have acted when we have not, or that we have not acted when we have. His examples include acts performed under hypnosis, virtual agents (including spirit possession and trance channeling), Ouija-board actions, other automatisms, dissociative personalities, phantom-limb experiences and a variety of special experimental arrangements and circumstances that he and his colleagues, among others, have created. He makes a very convincing case that we can be mistaken when we believe that our conscious will has, or has not, caused actions.”